Mozart was arguably the most naturally gifted musician in history; these are classic recordings of his 10 key works 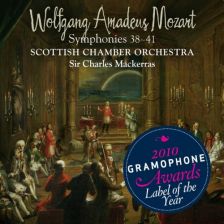 'There is no need to argue the credentials of Sir Charles Mackerras as a Mozart interpreter, so let us just say that this double CD of the composer’s last four symphonies contains no surprises – it is every bit as good as you would expect. Like many modern-instrument performances these days it shows the period-orchestra influence in its lean sound, agile dynamic contrasts, sparing string vibrato, rasping brass, sharp-edged timpani and prominent woodwind, though given Mackerras’s long revisionist track-record it seems an insult to suggest that he would not have arrived at such a sound of his own accord. And in any case his handling of it – joyously supported by the playing of the Scottish Chamber Orchestra – is supremely skilled; rarely will you hear such well judged orchestral balance, such effective marrying of textural transparency and substance....' Read the review 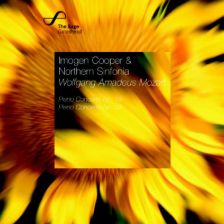 'The qualities that make Cooper quite simply one of the finest pianists this country has produced make her perfect for Mozart duty. Clear but velvety ringing tone, perfect voicing of chords, unsleeping alertness to the necessary subtleties of rubato and line, and above all an ability to realise this music’s intimate poetry that can make you catch your breath, make these performances the kind that any musician should listen to and learn from...' Read the review 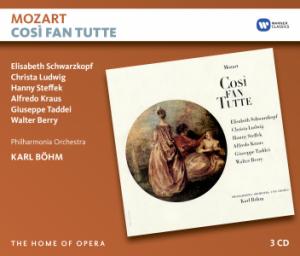 'Karl Böhm’s cast could hardly be bettered, even in one’s dreams. The two sisters are gloriously sung – Schwarzkopf and Ludwig bring their immeasurable talents as Lieder singers to this sparkling score and overlay them with a rare comic touch. Add to that the stylish singing of Alfredo Kraus and Giuseppe Taddei and the central quartet is unimpeachable. Walter Berry’s Don Alfonso is characterful and Hanny Steffek is quite superb as Despina. The pacing of this endlessly intriguing work is measured with immaculate judgement. The emotional control of the characterisation is masterly and Böhm’s totally idiomatic response to the music is arguably without peer....' Read the review 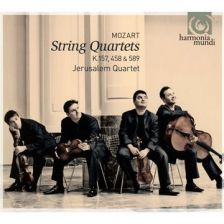 'Something both grand and reflective is suggested in the first movement, grand in the “hunting” motif of the exposition, reflective in the F major beginning of the development to which a touch of sobriety is added as the music sinks into F minor a little later. These artists aren’t stratified. Bowing varies from precise attack to breathy delicacy; and lines are supple, contoured through flexure of phase and the easing or tightening of pace without ever disrupting pulse...' Read the review 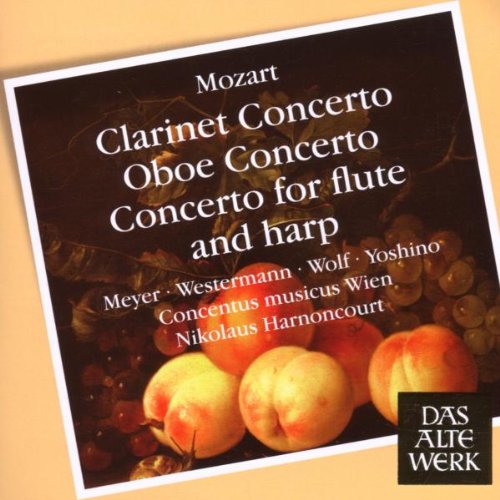 'There are happy and shapely performances of all three concertos here, but the particular delight is that of the latest and greatest of them, the Clarinet Concerto, which Wolfgang Meyer plays on a basset clarinet – that is, an instrument with an extension allowing it to add four semitones at the bottom of its compass. This is the instrument for which the work was originally composed, although only a text adapted to the normal clarinet has come down to us. The reconstruction used here, slightly different in some of its detail from others I have heard, works very well, making the familiar text’s rough places plain and logical; and it serves ideally for Meyer, with his rich and oily bottom register...' Read the review 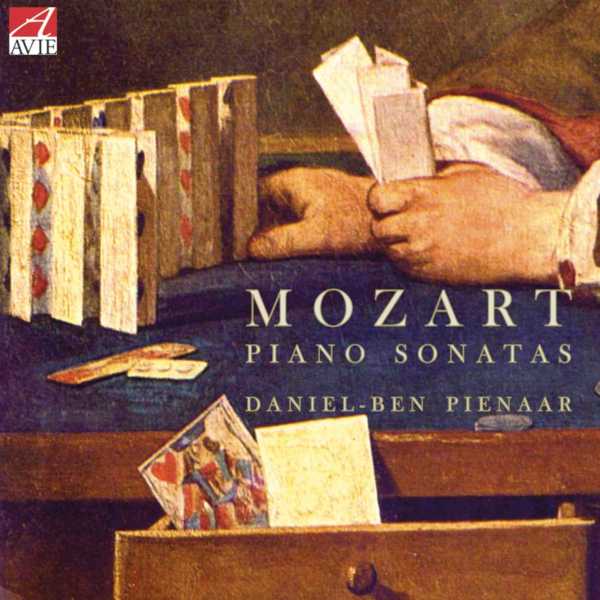 'Of the utmost importance in conveying convictions is Pienaar’s strong, independent left hand. It tightens harmonic tension and supports rather than accompanies treble lines. Be it high drama or lyrical contemplation, Pienaar scans phrases with a fluidity that releases the music from rhythmic inertia. Ignore the odd insignificant pianistic smudge, because keyboard prowess is formidable. But as his performance of the Alla turca Sonata, K331, shows, technique isn’t allowed to edge ahead of emotional and intellectual depth. A much-mistreated piece emerges in a different light. Pienaar pays attention to the oft-forgotten grazioso element in the first movement, eschews metrical stiffness in the Minuet, yields to the Trio’s distinctive flow and refuses to turn the March into a janissary bash. Extend such thoughtful, profound probity to the whole set and you have interpretations where within the letter critically observed, a numinous potency breaks free. Momentous Mozart...' Read the review 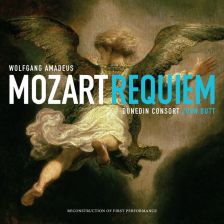 'Purely on grounds of performance alone, this is one of the finest Mozart Requiems of recent years. John Butt brings to Mozart the microscopic care and musicological acumen that have made his Bach and Handel recordings so thought-provoking and satisfying....' Read the review 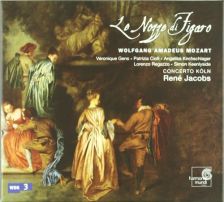 'The cast is excellent. Véronique Gens offers a beautifully natural, shapely ‘Porgi amor’ and a passionate and spirited ‘Dove sono’ (with the piano rampant near the end). The laughter in Patrizia Ciofi’s voice is delightful when she is dressing up Cherubino, and she has space in ‘Deh vieni’ for a touchingly expressive performance. Then there is Angelika Kirschlager’s Cherubino, alive and urgent in ‘Non so più’, every little phrase neatly moulded. Lorenzo Regazzo offers a strong Figaro, with a wide range of voice – angry and determined in ‘Se vuol ballare’, nicely rhythmic with some softer colours in ‘Non più andrai’, and pain and bitterness in ‘Aprite’. The Count of Simon Keenlyside is powerful, menacing, lean and dark in tone. Marie McLaughlin sings Marcellina with unusual distinction...' Read the review 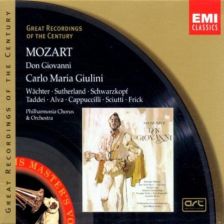 'There is no doubt that the orchestral playing here is unsurpassed. From the depth and precision of the opening chords to the fugitive spirit of dance which no one else quite captures, the Philharmonia under Giulini become a second cast on their own. So often the tiniest detail – the weight of a chord, the length of a silence, the linking curve of a phrase, the parting of the inner voices of the strings – stage-manages the drama more shrewdly than a good many theatre directors ever do...' Read the review 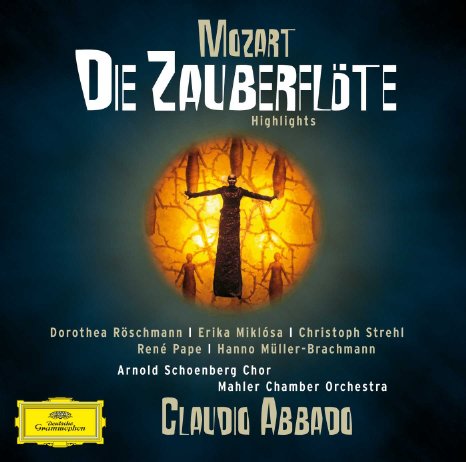 'Had this new set been to hand when I discussed all versions of Die Zauberflöte in January, it would have been high on my list of recommendations. This is certainly the most desirable version using modern instruments to appear since Solti’s second recording in 1990. That said, its characteristics are rather nearer my period-performance choice, Christie’s 1995 set...' Read the review