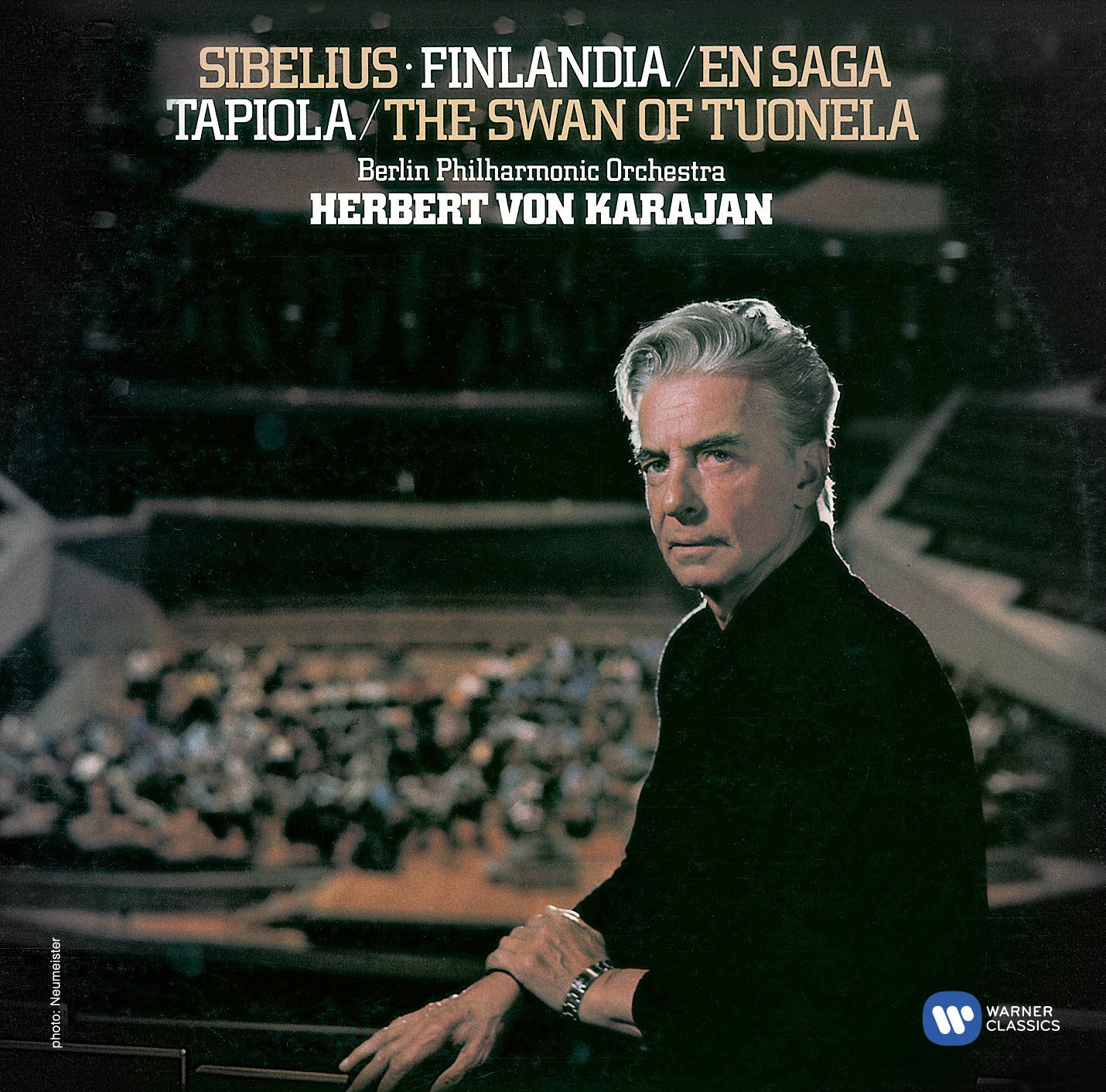 No living conductor has done more for the music of Sibelius than Herbert von Karajan. In their day Kajanus, Beecham and Koussevitzky were tireless in their advocacy of his symphonies both in the concert hall and on the gramophone, and to their names must be added Barbirolli, Leonard Bernstein and many more besides. Yet no one has championed him more consistently on record than Karajan. He has recorded the Fifth Symphony no fewer than four times, and the Fourth, Sixth and Seventh three times each. He has also given us three profoundly impressive accounts of Tapiola.

Of course, he is not alone in returning to these scores many times: these Alpine peaks reward many ascents. Barbirolli recorded the Second Symphony four times while Ormandy has recorded Nos 1 and 2 three times each. (All these conductors have had long and loyal relationships with the same orchestras!) Nor is Karajan alone in not having recorded all seven – at least, not until the present. Beecham never recorded the Third or Fifth; Koussevitzky only recorded Nos 2, 5 and 7 commercially; and that pioneering Sibelian, Robert Kajanus only recorded Nos I, 2, 3 and 5. No recording artist has concentrated with such single-minded dedication on Nos 4-7, the greatest of all the summits, as has Karajan.

Post-war Germany was no congenial habitat for Sibelians. Before the First World War Sibelius, like Elgar and Delius, had benefited from the welcoming climate that a confident musical culture could bestow on outsiders. Hans Richter, Weingartner and Busoni had all conducted performances of major Sibelius works but after the 1914-15 war, interest in Sibelius slackened in Germany in much the same proportion that it mounted in the Anglo-Saxon countries. After the second world war Karajan and to a lesser extent Hans Rosbaud, were the only conductors to resist the veritable litany of denigration sung by Adorno and Leibowitz, which finds echoes even today among some of the more provincial of German critics. 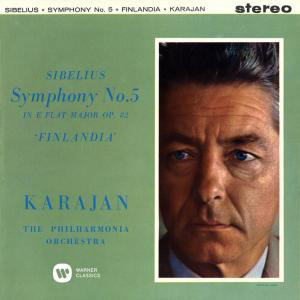 It is obvious that Karajan 's feeling for Sibelius is deep-rooted, and earlier this year while he was recording the First Symphony with the Berlin Philharmonic, I asked him how it had been first kindled. It would seem that the initial seeds were sown as early as the 1930s while he was still conducting at Aachen. Per Lindfors of the Swedish Radio had invited the young man to Stockholm for some concerts with the Radiotjanst Orchestra, as it was then known, and one of the requirements was that he should conduct the Sixth Symphony of Sibelius, then a relatively new work little more than a decade old, and then, as now, the least played of the seven. 'But for some reason that I can't make out, the same symphony had also been programmed by the rival Konsertforenings Orchestra (now known as the Stockholm Philharmonic) in the very same week, and I well remember going along to hear it conducted by Simon Pergament-Parmet.' Parmet, who subsequently dropped the Pergament from his name, is probably better known in this country as the author of a study of the symphonies published by Cassell in 1959. 'This visit and the conversations I had with Per Lindfors served to set the seal on my admiration for Sibelius,' though it was only through his collaboration with Walter Legge after the war that Karajan was enabled to commit his Sibelius interpretations to record. 'First came the Fifth Symphony and then followed the Fourth coupled with Tapiola, both with the Philharmonia Orchestra. 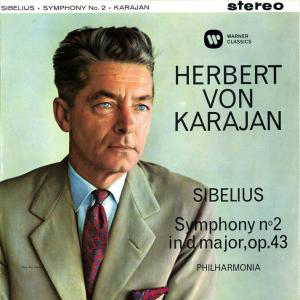 'Although I never met him, I heard that Sibelius had spoken appreciatively of these performances,' he added, 'but up to this point I had never actually visited Finland.' As for his first encounter with the Finnish landscape and the powerful atmosphere of these latitudes, 'Well! . . .I can only describe its impact as overwhelming.' Like many Sibelians, I had often wondered whether the fact that he had never recorded Nos 1 and 3, and unlike so many distinguished conductors had only made one version of No 2, might reflect lack of sympathy with the overt national-romanticism of early Sibelius. Was he, I wondered, not drawn to the more opulent textures of the first two symphonies? But this proved not to be the case: 'I have conducted the First Symphony in Germany during the war years but Walter Legge did not encourage me to record them during the 1950s.' Thinking back, I recalled that the late Paul Kletzki had recorded Nos 1-3 during this period, though the Third was never issued in this country at the time, all with the Philharmonia and on the Columbia label. It was not until the 1960s and the advent of stereo that Karajan first recorded No 2 with the Philharmonia, and this month sees his latest recording with the Berlin Philharmonic Orchestra.

The pattern was repeated later the same decade when Karajan re-recorded all the later symphonies with the Berlin Philharmonic, leaving the first three to the young Finnish conductor, Okko Kamu. I reminded him of a Canadian Broadcasting Corporation interview he had given in the early 1970s in which he had stressed how much the Fourth Symphony meant to him. He had singled out three works, the preparation and performance of which exhausted him both physically and spiritually: Strauss's Elektra, Berg's Three Orchestral Pieces, Op 6, and the Sibelius Fourth, for this symphony is, as he put it, a work without compromises – it faces the ultimate. It is a measure of his commitment to this great work that when he was appointed life conductor of the Berlin Philharmonic, he made it a condition of acceptance that his very first concert would include the Sibelius Fourth, this at a time when Sibelius was at the nadir of his fortunes and still basked in the active hostility of Adorno and his hangers-on.

Karajan's intense love of nature may in part have drawn him to Sibelius who had so extraordinary a capacity to identify with his natural environment and an unusual responsiveness to wildlife. On the way back to his hotel he spoke of his intense dislike for cities and the polluted air of such huge conurbations as Berlin, another sentiment he shared with the composer. We talked a little about the relationship to Wagner and Sibelius's Bayreuth 1894 pilgrimage about which Erik Tawaststjerna's researches have been so revealing. 'In one sense no composer, not even Beethoven, has influenced others more deeply or more radically than has Wagner – and his influence is visible even on those who have consciously rejected him.' (Certainly Sibelius's rejection as he recorded it to his biographer Ekman, is a gloss that disguises the enormous impact we now know that Bayreuth made on him during that summer.) 'What I feel,' he said, 'is a much deeper influence, affinity, kinship – call it what you like - with Bruckner. There is this sense of the ur-wald, the primaeval forest, the feeling of elemental power, that one is dealing with something profound. Although they are very different, I know, there are important musical similarities too.' String tremolandi and pedal points are, of course, among them, and we hear Brucknerian echoes in the development section of the first movement of Kullervo, written only a year or so after Sibelius first heard Bruckner's Third Symphony in Vienna.

While I was in Berlin, I dropped in to hear the recording sessions of the First Symphony, a work that is less familiar to the Berliners than the Fourth. There had been no concert in association with the sessions, though Colin Davis had conducted the symphony a few months earlier. There are still those who imagine a record to be composed of numberless takes, the best of which are subsequently stitched together. Here, in the course of three sessions, in which one or two re-takes of Lohengrin and Hansel and Gretel had to be fitted, each of the four movements was rehearsed for half-an-hour or perhaps longer, before recording began. 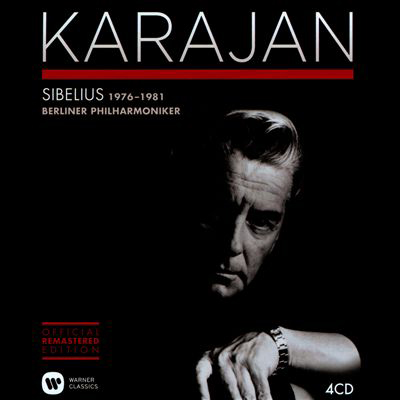 I have never for one moment thought that anecdotal chat about the mechanics of record making are of more than passing interest to the collector whose concern is first and foremost with the finished product. After recording the Scherzo, however, Karajan remained unhappy with the results. There had been no want of virtuosity on the part of the Berlin Philharmonic, nor was there any lack of fire or excitement in the insistent pounding of the lower strings. But, as he rightly said, it was not up to speed - it did not represent the truth! A second take produced much more headlong, wilder playing even at the loss of some of the superbly controlled momentum of the earlier take. I was almost reminded of the Beecham pre-war Lemminkäinen's Homeward Journey, composed only three years earlier, such was the excitement generated. When he heard this played back, Karajan remarked that Sibelius's metronome indication was probably a shade too fast. Yet the very act of striving after the letter of the truth enabled him to capture the spirit.

The recording team had been more than happy with the first take, as indeed they might well be for it was undeniably impressive, but the very pursuit of Sibelius's metronome marking, impossible though it really is, ensured the right character. The dominant impression that I am left with after this encounter is rather different from the popular image of the glossy superstar: he is completely direct, unaffected and wholly dedicated to the truth as he sees it. He has been a loyal advocate of Sibelius in good times and bad - and however you may respond to this or that performance, Sibelians are in his debt.