For those seeking to build a classical collection, these 10 symphonies are an ideal place to start

A brief history of the symphony

The symphony first appeared on programmes – inevitably in aristocratic settings – during the early years of the 18th century, often a natural development from the Italian overture (which usually comprised three movements). By the 1770s, the four-movement form we usually think of was established and one of its earliest (and still one of the greatest) exponents was Joseph Haydn who wrote 104 symphonies. Mozart’s 41 took the symphony on a step and, as the 18th century dawned, Beethoven infused the form with a new expressivity and power. His Third Symphony, known as the Eroica, burst into the world in 1805 and extended the length of the symphony dramatically (its first movement alone is longer than many complete symphonies written a couple of decades earlier). Beethoven’s nine symphonies remain the pinnacle of the form, performed daily and still providing spiritual nourishment to audiences of every nationality and creed.

The four movements – usually fast, slow, faster, faster – often included a dance form as one of the central movements (usually third), and often a theme and variation form might be included (Beethoven’s Third) or a variant such as a passacaglia (Brahms’s Fourth). As a vehicle for expression, the symphony had assumed a major role and reached its apogee in the years surrounding the turn of the 20th century. Bruckner’s nine extended the length yet again, and Mahler, as he famously told Sibelius, believed the symphony ‘should embrace the world’: he used his 10 (or 11 if you include the song-symphony Das Lied von der Erde) to explore psychological states and philosophical questions that still mesh powerfully with audiences 100 years after his death.

The 20th century found the ‘centre of gravity’ of symphonic writing shift north from its Austro-German heartland to Scandinavia and Russia/Soviet Union. The Finn Sibelius wrote seven, the Dane Nielsen six, and the Soviets Shostakovich (15) and Prokofiev (seven) contributed greatly to the genre. The French and Italians largely ignored the form, though it was taken up enthusiastically in America (Copland, Hanson, Bernstein, Harris, Piston and others). In the UK – and largely from practitioners of late-Romantic, tonal writing – the symphony flourished in the 20th century: Elgar wrote two, Bax seven, Walton two, Vaughan Williams nine (continuing to write symphonies when the musical public had imagined he’d delivered his last word in the genre) and Malcolm Arnold (nine).

Today’s major symphonists – and the form has rather fallen from favour (partly no doubt to constraints of time and budgets!) – include Philip Glass (nine), Leif Segerstam (261! as of 2012), Maxwell Davies (nine), Per Nørgård (eight) and David Matthews (seven). 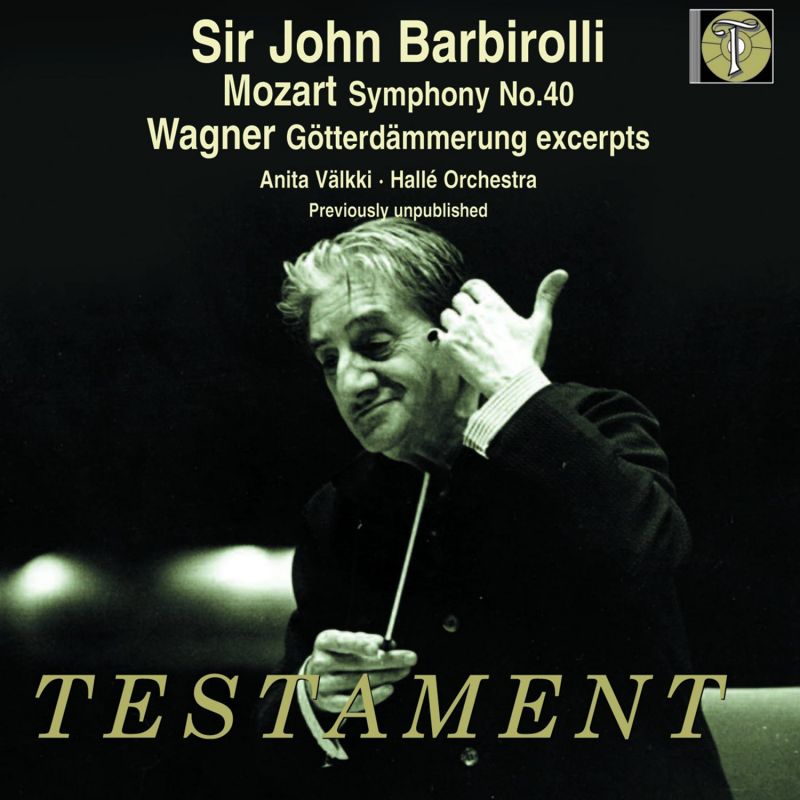 'There is no need to argue the credentials of Sir Charles Mackerras as a Mozart interpreter, so let us just say that this double CD of the composer’s last four symphonies contains no surprises – it is every bit as good as you would expect. Like many modern-instrument performances these days it shows the period-orchestra influence in its lean sound, agile dynamic contrasts, sparing string vibrato, rasping brass, sharp-edged timpani and prominent woodwind, though given Mackerras’s long revisionist track-record it seems an insult to suggest that he would not have arrived at such a sound of his own accord. ...' Read the review 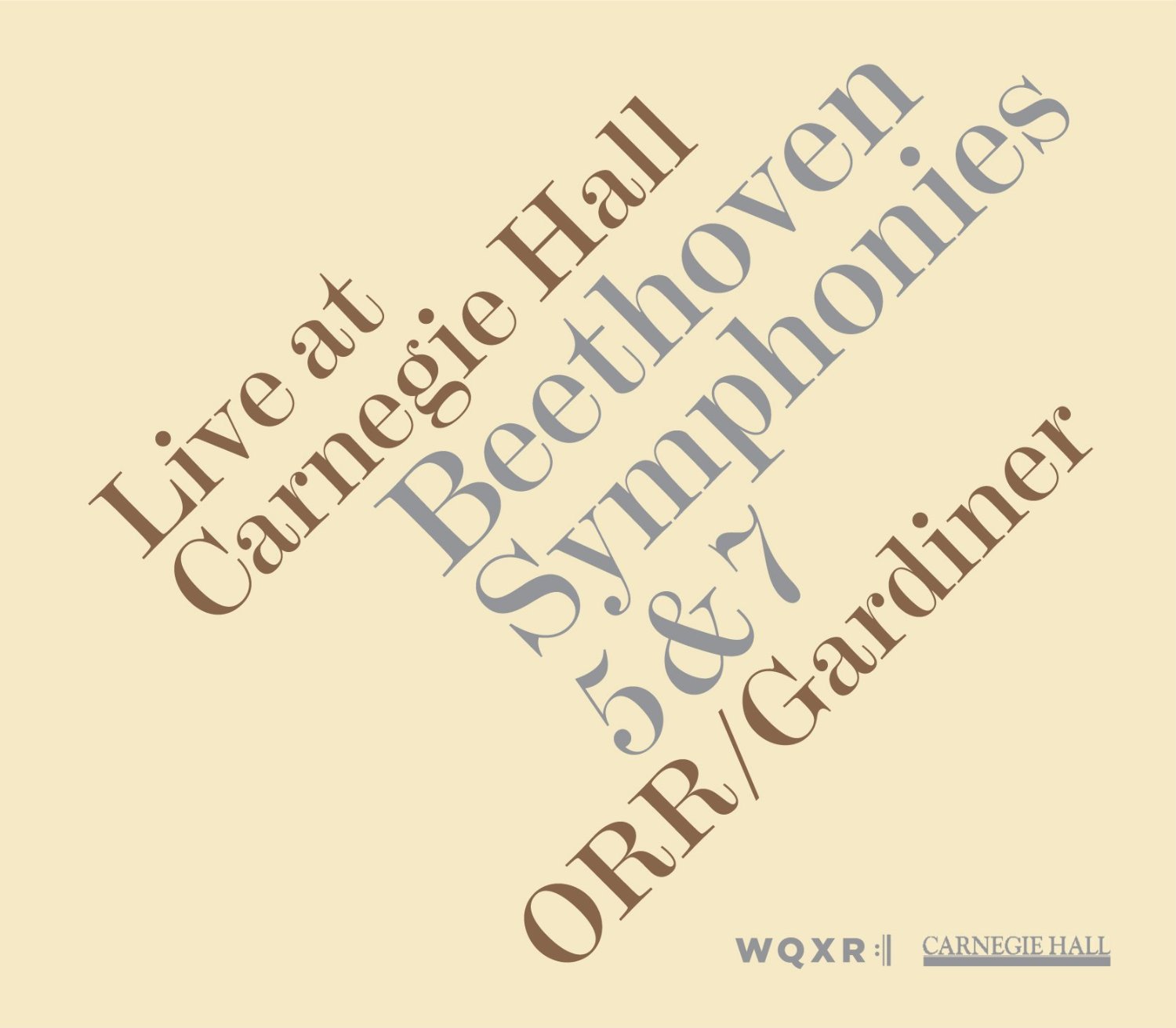 'The plangency of that isolated moment of reflection for solo oboe in the first movement is eerily poignant here and I love, too, the way Gardiner brings home the unforgiving militarism of the piece, the way the martial brassiness of trumpets and drums pompously interrupts the homely variations of the second movement. The roar into the light of the finale is tremendous, still more the mounting jubilation as a gruff, overfed bassoon signals the C major home stretch....' Read the review 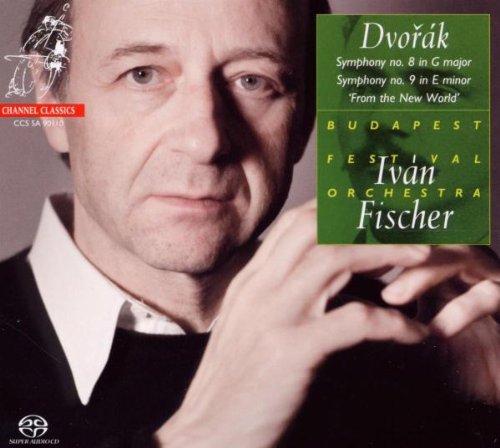 'There isn’t a more enjoyable digital New World on the current market...Mandatory listening for anyone interested in Dvorák and the best of his modern interpreters....' Read the review 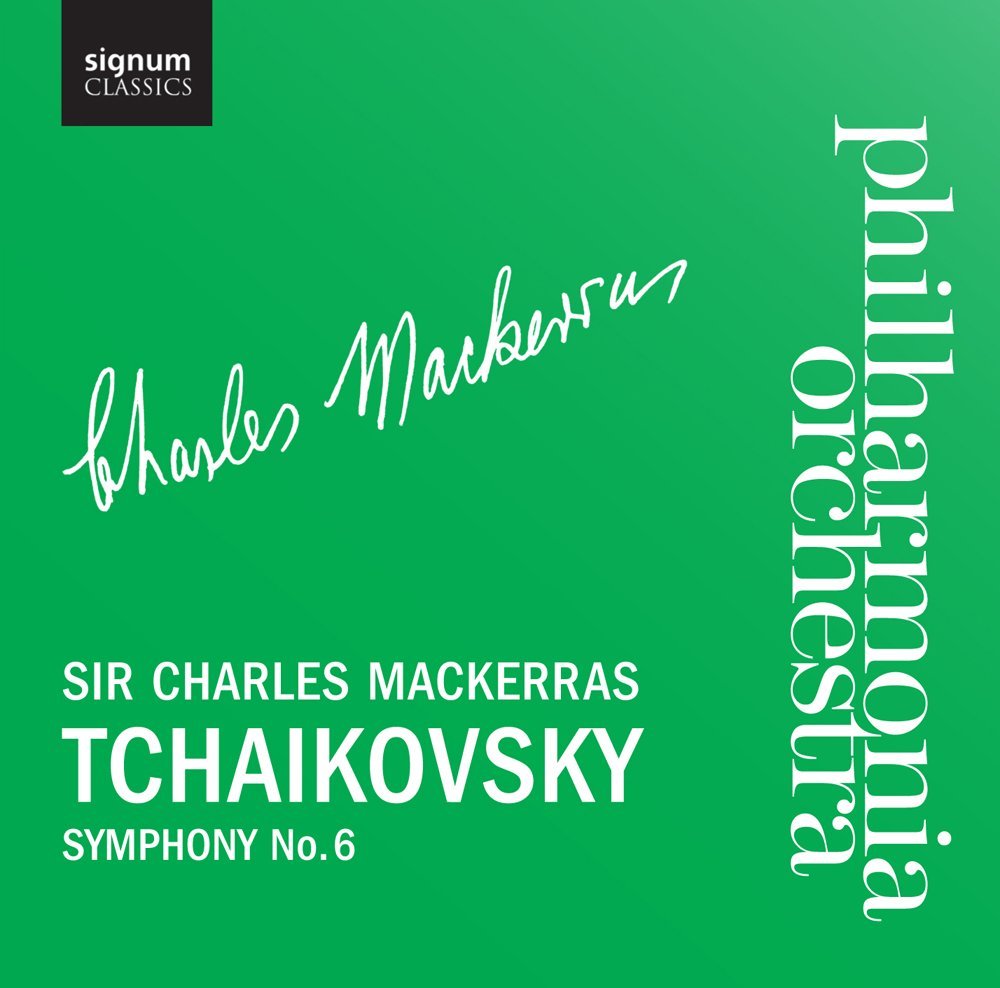 'There is an immediacy and incisive, almost forensic clarity to this 2009 live performance that makes for tremendous drama at points of crisis. The crack of doom heralded by timpani at the start of the development is all-out electrifying (accentuated, of course, by a gripping, almost inaudible “fade to black” in the bass clarinet beforehand) – indeed, the forcefulness of the timpani and brass-playing throughout is nothing if not intimidating. And what a dark, saturating sostenuto from the strings at the climax – broadly paced, with trombones bearing down unforgivingly...' Read the review 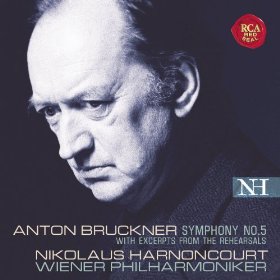 'The ‘liveness’ of the live performance owes much to Harnoncourt – his persona fuelling the music-making not the concept, which is as it should be – though the superlative playing of the Vienna Philharmonic is also a factor. The light-fingered realisation of the exquisite string traceries is a constant source of wonder; tuttis are glowing and unforced. The hall of the Musikverein helps, too; with an audience present it offers a uniquely natural-sounding Bruckner acoustic....' Review 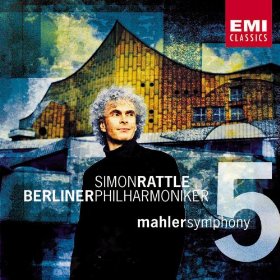 'As a performance and as a recording, it has rather more character and bite than Abbado’s much admired 1993 Berlin version. Indeed, it can safely be ranked among the half-dozen or so finest performances on record. It is not perfect, but show me one that is...' Read the review 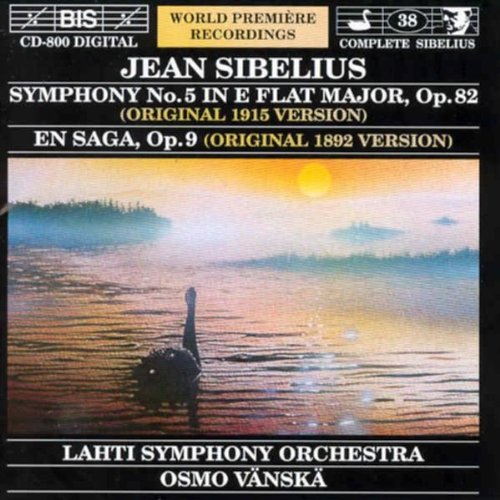 'Every so often a CD appears which, by means of some interpretative insight, changes our view of a piece of music. This disc changes our whole perspective in a wholly different sense, for it gives us a glimpse of two familiar masterpieces in the making. ...' Review 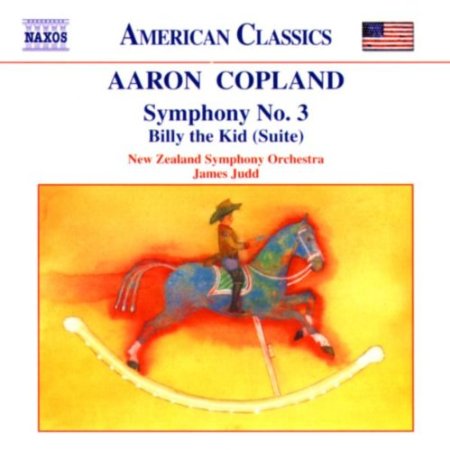 'This time there’s no question about Naxos claiming these two...' Review 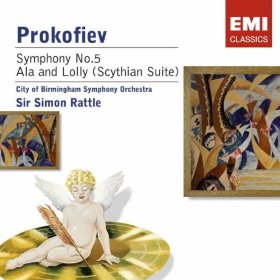 'A Prokofiev Fifth as vibrant, intelligent and meticulously prepared as you'd expect from this partnership. In the mighty opening movement, there's real mystery about those fairy-tale slumberings at the start of the development, and how naturally Rattle quickens the pulse during the pages which follow, the sense of expectancy and adventure palpably conveyed. Come the coda, and Rattle's expertly-graduated dynamics ensure a riveting succession of spectacular climaxes...' Review 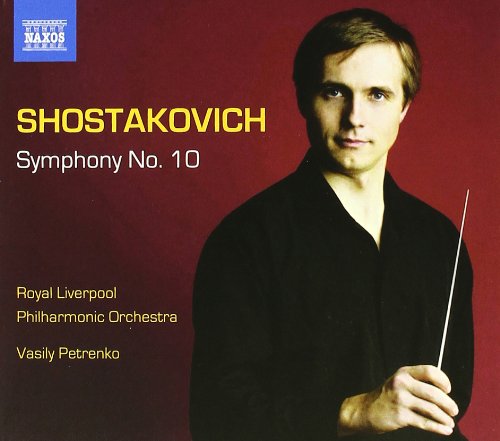 'This is a symphony that places a high premium on a conductor’s ability to shape long lines with subtle inflections of tempo and structural accent, especially in the epic first movement’s journey from mystery to tragic climax and back. In this respect Petrenko lives up to – I venture to say, even surpasses – the greatest of his compatriots, joining the earlier Karajan account as the most satisfying I could name. ...' Read the review