No list of 10 recordings can ever claim to be definitive, but each of these albums come highly recommended and are sure to give many hours of listening pleasure 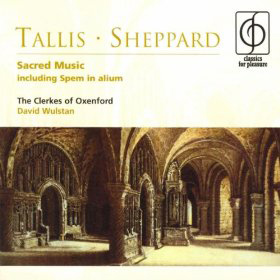 This recording was the Top Choice in Fabrice Fitch's Gramophone Collection article on Spem in alium in February 2010. He concluded that it was 'something of a surprise choice, perhaps (it surprised me); but there’s a reason why this recording has proved so influential. Superlative trebles, a beautifully transparent, almost fragile texture and a few moments that hit the bull’s-eye as no subsequent reading’s quite done.' 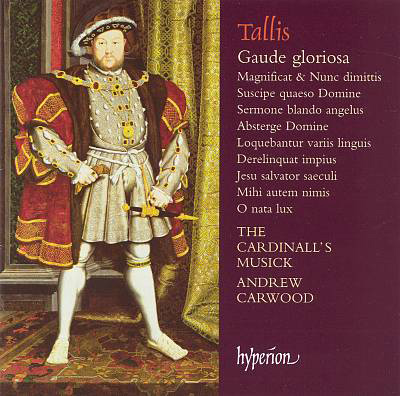 Recorded during the composer's 500th anniversary year, Andrew Carwood's recording of some of Tallis's most beautiful Latin settings captures the passion and devotion of the period. The monumental Gaude gloriosa takes well deserved centre-stage, but in its entirety this disc is a sublime tribute both to one of England's greatest composers, and to the skill and conviction of one of today's finest ensembles. This recording won the Gramophone Early Music Award in 2006. 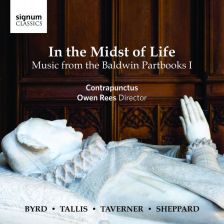 There’s a forthright quality to the voices of Stile Antico, and especially its sopranos, that suits this English repertoire, balancing beauty with an intensity that reminds us that this is the music of protest and oppression as well as faith.' Read the Gramophone review

'They use solo voices throughout, mixed voices with a fairly open sound that brings with it more vibrato than we are used to hearing in such music nowadays. The requirements of the intégrale also mean that there is less of a tendency to linger over the many juicy dissonances in this music. That results in performances that are refreshingly free of self-indulgence.' Read the Gramophone review 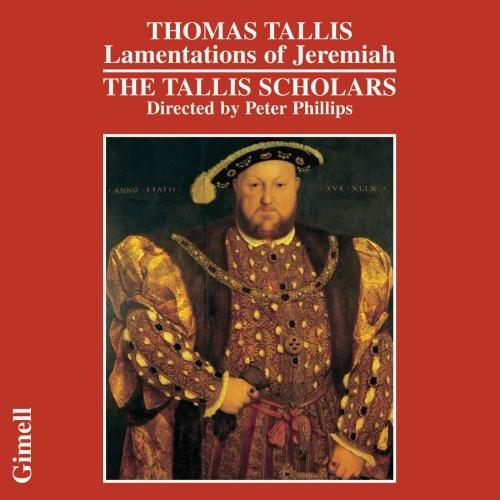 'Tallis's monumental early masterpiece Salve intemerata virgo is the undoubted highlight of the recording. It presents any conductor with formidable problems, not least on account of the length of its text — a fully-developed doctrinal statement of belief. The Tallis Scholars, undaunted by its unwieldiness, keep it well under control: the phrasing, both of the individual melodic strands and of the whole unfolding structure is handled with care and understanding, and the planned dynamics lead naturally to a superb climax. This is a masterly performance.' 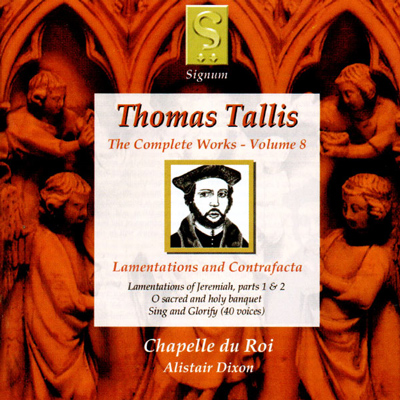 Lamentations of Jeremiah I & II

'Two of the Biblical lessons for Maundy Thursday show Tallis at his most creative and imaginative. ‘Incipit lamentatio…’ the rising fourth, followed by a descending minor scale, imitated in turn by each of the other voices, sets the tone of sorrowful lamenting. Chapelle du Roi capture this mood with calm perfection. The flowing melodies of the introductory Hebrew letters, the clear articulation of the homophonic sections, each element is performed with understanding, due restraint, and never overdone.' Read the Gramophone review 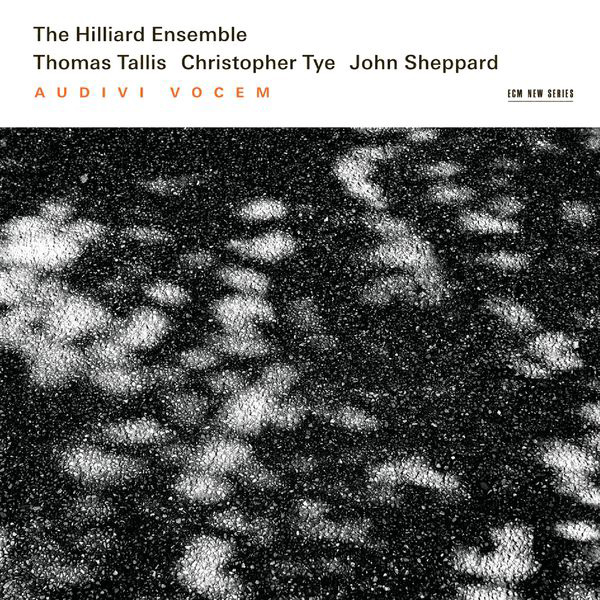 'The Hilliards here return to familiar territory with a programme of Tallis, Tye and Sheppard. While the territory may be familiar, however, not all of its landmarks are, and neither is their disposition – this is an extremely well organised disc, surveying the impact that the musical aspects of the Reformation had in the first instance on English composers.Thus, while all the works by Tallis (In ieiunio et fletu, Te lucis ante terminum, Audivi vocem and Salvator mundi, the latter given a particularly beautiful performance) are well known, they are set in the context of much more recondite material.' Read the Gramophone review

'The hymn Te lucis with its alternating chant strophes sounding so very English (I don’t want to say precious, but almost too perfect for what was, after all, just run-of-the-mill everyday chant!) has the tempo relationship of the chant to the polyphony just right, which is a tremendous plus, rarely achieved.' Read the Gramophone review 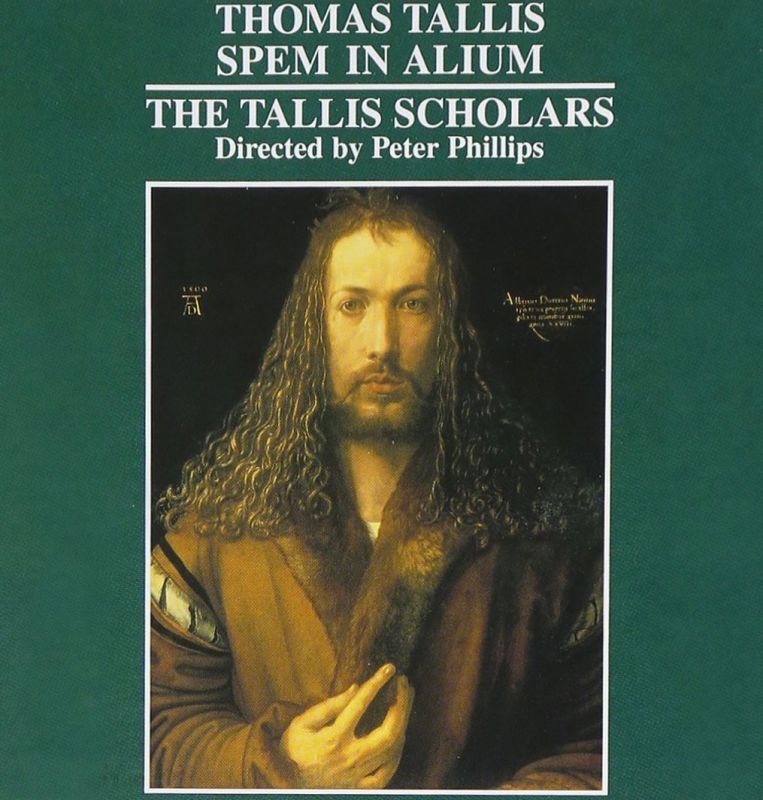 'What a fitting tribute this is to Tallis in his centenary year. No one who cares for Tudor choral music should be without it.' Read the Gramophone review