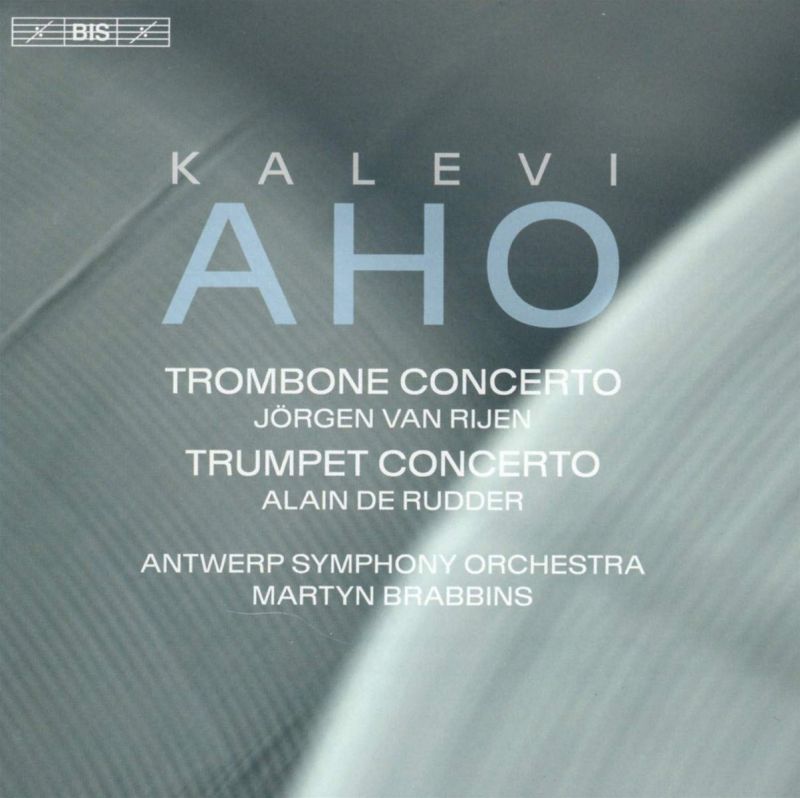 He may be best known for his cycle of (so far) 17 symphonies but Kalevi Aho, who turns 70 this month, is even more productive in other genres, having written 30 concertos to date. BIS’s latest disc follows on from that of the Saxophone Concerto (12/17) and features two further such works.

Written in near proximity, the four movements of each piece follow a similar formal though subtly varied expressive trajectory. Thus the Trombone Concerto (2010) unfolds as pairs of movements – a ruminative though never discursive Tranquillo heading towards a cadenza that merges into an incisive Presto with percussion jazzily to the fore. Its eloquence more affecting through its concision, an Adagio then leads into the final Vivace whose cumulative energy is set in relief by a sudden return to the initial music for a subdued and yet hardly tranquil close.

By contrast, the Trumpet Concerto (2011) opens with a Misterioso shot through with ominous expectancy to which the scoring for ‘symphonic wind orchestra’ adds a sombre, even baleful edge; the soloist emerges through this texture before seizing the initiative in an extensive and highly sardonic Vivace – not least for its chorale melody. There follows a brief and restrained Intermezzo that feels almost a preparation for the Capriccioso into which, via a brief cadenza, it leads. This finale’s vitality is at length curtailed by a return to the chorale, purged of all irony.

Performances, by soloists who gave the premieres, could not be bettered – the Antwerp SO forces responding with alacrity to Martyn Brabbins. Anyone new to Aho’s concertos should start with those for Horn and Theremin (11/14), but this new disc is a worthwhile follow-up.

Concerto for Trombone and Orchestra