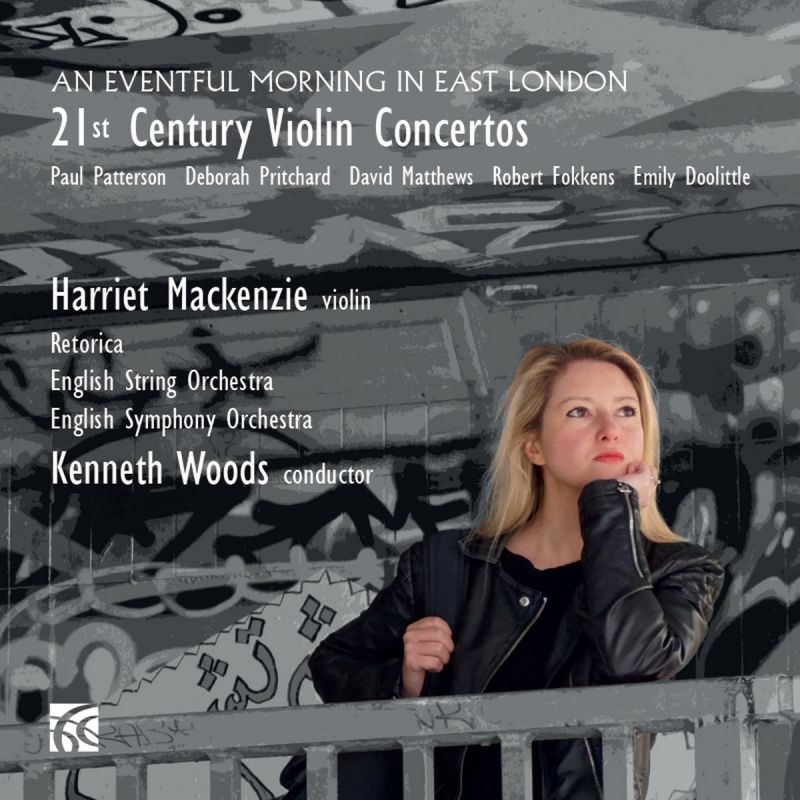 The title is slightly confusing. This disc was recorded at Wyastone Leys, Monmouth, and the location referred to in Robert Fokkens’s entertaining violin concerto An Eventful Morning Near East London is the seaport in the Eastern Cape. Elsewhere on the same disc there’s a concerto inspired by the paintings of Maggi Hambling, an evocation of a Canadian blackbird and a triptych by Paul Patterson that summons up the spirits of Don Giovanni, Figaro and Sir John Falstaff (Verdi’s, not Shakespeare’s). This latest, typically ambitious disc from Kenneth Woods and his resurgent English Symphony Orchestra is a lot more colourful than its distinctly urban artwork might suggest.

But of course you’ll hear that as soon as Harriet Mackenzie – the dedicatee of several of the pieces collected here – and her duo partner Philippa Mo launch into the first movement of Patterson’s Allusions. Soloists and orchestra alike play with bracing clarity and momentum; in fact, throughout this disc – whether in the transition into the riotous car-crash finale of Fokkens’s piece or the long sunset fade of Deborah Pritchard’s Wall of Water – the performances are skilfully paced and vividly characterised. Mackenzie isn’t afraid of a bit of rosin and horsehair; conversely, in slower music such as the long, gradually welling cadenza that opens Wall of Water or the lush song of Emily Doolittle’s falling still, she sustains a marvellously sweet and fluid tone.

Woods and his players accompany throughout with a keen sense of the music’s shifting moods, and (in the quieter passages) playing of rapt refinement. As a survey of 21st-century violin concertos (everything here dates from between 2001 and 2014) in a broadly traditional idiom, it’s an enjoyable package. The recorded sound is spacious and realistic.

Concerto for Violin and Orchestra, Wall of Water

An Eventful Morning Near East London