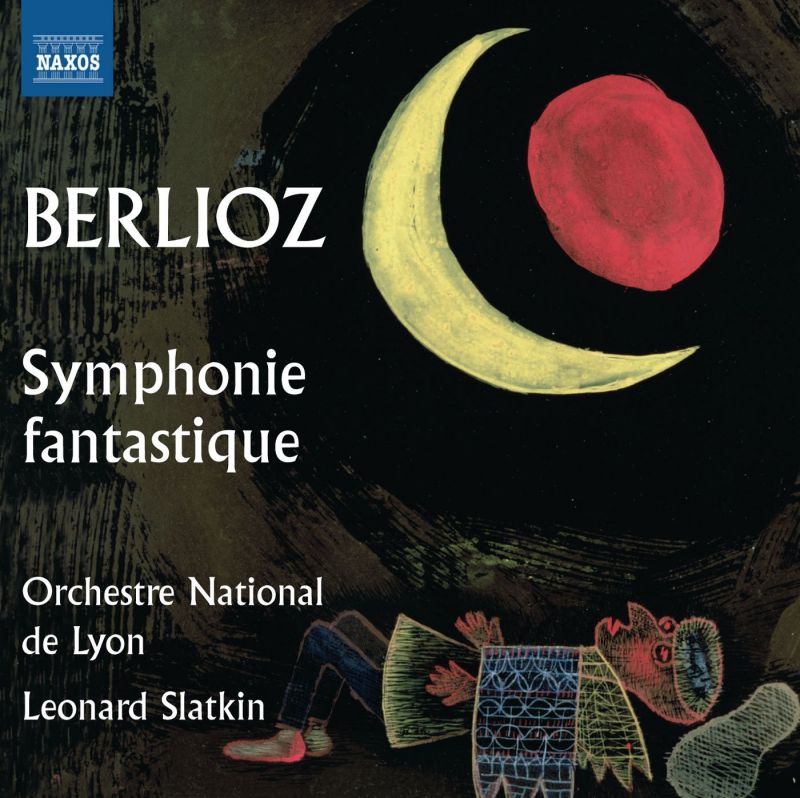 Leonard Slatkin’s new post as music director of the Orchestre National de Lyon yields up this polished performance of Berlioz’s hallucinatory masterpiece, preceded by a suitably dashing Le corsaire overture as curtain-raiser. The ONL’s Debussy series on Naxos under Jun Märkl, its previous music director, has brought the orchestra to the fore in recent times, revealing as it did a winning adaptability of approach over a broad spectrum of music. This new Symphonie fantastique is not perhaps going to ignite such interest, not least because there are already so many fine interpretations around; but one of its admirable qualities is the lucidity of playing that responds well to the particular palette of sonorities that Berlioz envisaged.

As to atmosphere, however, the central ‘Scène aux champs’, while ably fashioned, sometimes veers towards the mundane in terms of shaping and mood-setting, with little threat from the distant storm at the end. The ‘Marche au supplice’ similarly passes off efficiently but with a certain tameness in music that ought to be terrifying in its thrust. The ingredient lacking here, and in the final ‘Songe d’une nuit de Sabbat’, is a fully fledged feel for the phantasmagorical: the performance has its merits in precision and in some dramatic explosions, but as a whole tends to run a somewhat literal course rather than being imaginatively brought to life.

The final track features an optional extra, the ‘Un bal’ movement with a prominent cornet part that Berlioz added later. Listening to it, you have to wonder why.