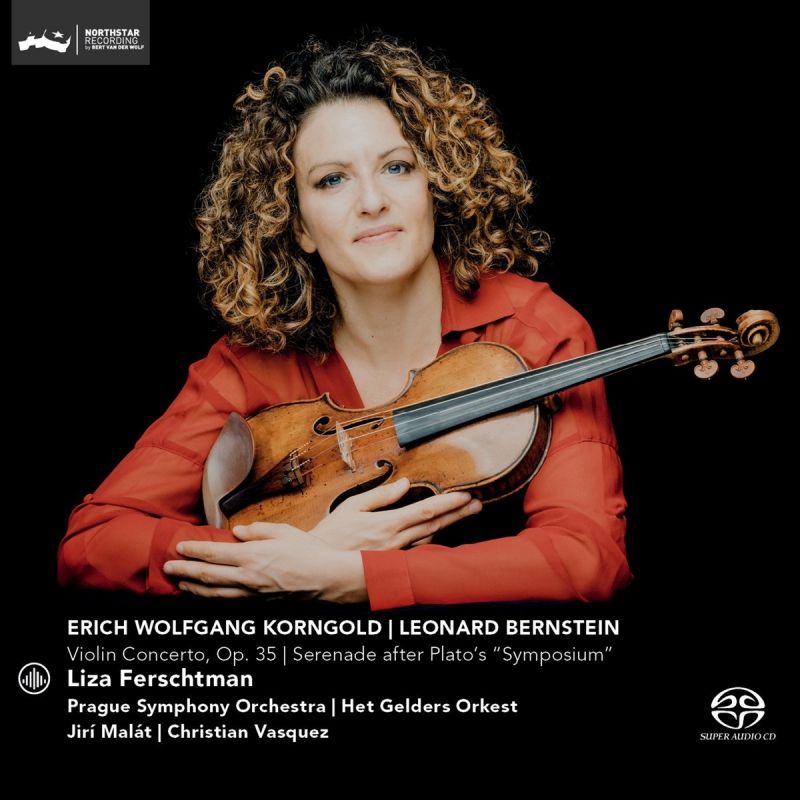 Liza Ferschtman’s Mendelssohn coupling (5/17) sounded astonishingly fresh but her mid-20th-century follow-up is something of a curate’s egg: two more or less American works captured live (faintly tepid applause is retained) and only one a winner.

Given that the piece is routinely accused of excessive sentimentality it’s difficult to understand why performers risk taking the first movement of the Korngold at such a dreamy Moderato. You may think the nostalgic idiom can take it – the silver-toned soloist obviously feels the music this way – but it must be a weakness that the Romanze can only prolong the mood. While Ferschtman attempts to play up internal contrasts there, the finale provides the real wake-up call. Though plainly the weakest part of the score, she has looked at it afresh, often opting for a flintier style of articulation to restore some strength of purpose. For me at least this recovery of energy comes a little late.

Bernstein’s suddenly ubiquitous Serenade receives a more central interpretation, assisted by the natural results achieved by Northstar Recording Services on familiar turf. Even if the orchestral image is comparably recessed with surround sound in mind, the soloist’s upfront laser-like timbre is suddenly a pristine delight and there’s greater interaction with the band. Ferschtman is one of a generation of violinists for whom Bernstein’s sometimes ungainly writing for the instrument holds no terrors. Having stepped in at the last minute to perform the work with Iván Fischer and the Budapest Festival Orchestra in New York in 2013, she has kept it at the heart of her repertoire. All concerned respond to its moods with the utmost sensitivity, evoking the Symposium’s varieties of love with a refinement that eludes bigger names and might have surprised the composer too. Ferschtman’s intonation is well-nigh flawless.