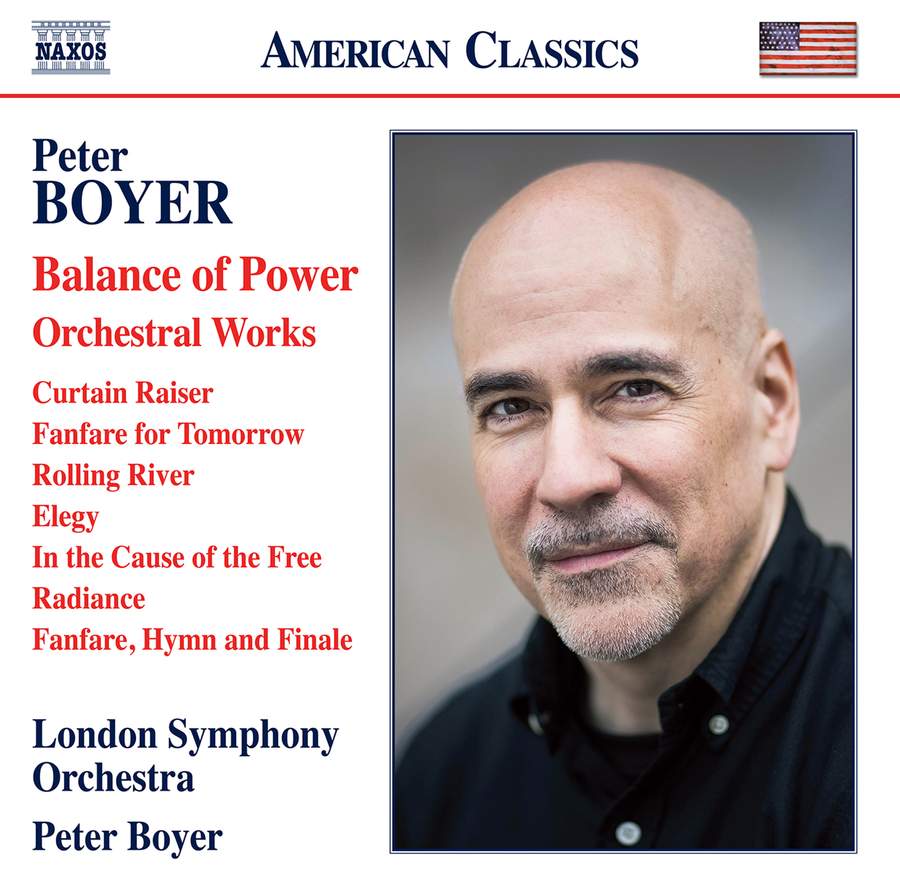 Bright, brash, breezy: attributes one often associates with American orchestral music and which Peter Boyer (b1970) delivers in spadefuls. Right from the outset of Curtain Raiser (2017, orch 2020), the ‘American’ qualities in Boyer’s writing – not least a vibrant dependence on tonality – are vividly, unapologetically displayed in a rattling good orchestral overture (conceived originally for wind band). So, too, in the concluding Fanfare, Hymn and Finale (2018, orch 2020), written to celebrate the 220th birthday of ‘The President’s Own’ US Marine Band and reworked to ‘revel in the virtuosity’ of the LSO for this recording two years later.

The triptych Balance of Power (2019) was commissioned to celebrate the 95th birthday of Henry Kissinger, President Nixon’s controversial Secretary of State (the sole survivor of Nixon’s cabinet). In his booklet essay, Boyer remarks on his initial misgivings about the project but was won over after meeting the former politician and his wife. Kissinger requested the work be light, even humorous in tone, and Boyer duly obliged, especially in the central, bustling ‘Scherzo politico’ with its duet for contrabassoon and bass clarinet. The opening ‘A Sense of History’ is serious, owing something to Kissinger’s writings, while the form of the finale, ‘A Sense of Direction’, is, appositely, a clear-eyed toccata. With impeccable political balance, the succeeding track is the rousing Fanfare for Tomorrow, written for the inauguration of President Biden in 2021.

The remaining items are generally smaller-scale, such as Rolling River, a brief tone poem on the folk song ‘Shenandoah’. Two items look back to the Great War: the somewhat bland Elegy – with some lovely playing by Christine Pendrill on cor anglais – and In the Cause of the Free (2017, commemorating Veterans’ Day and the Great War Armistice), which features strong trumpet solos from James Fountain. The string-orchestral Radiance (2020) is overlong but its shimmering textures and intensity are highly evocative. Under the composer’s direction, the London Symphony Orchestra provide performances as committed as one could hope for.

In the Cause of the Free