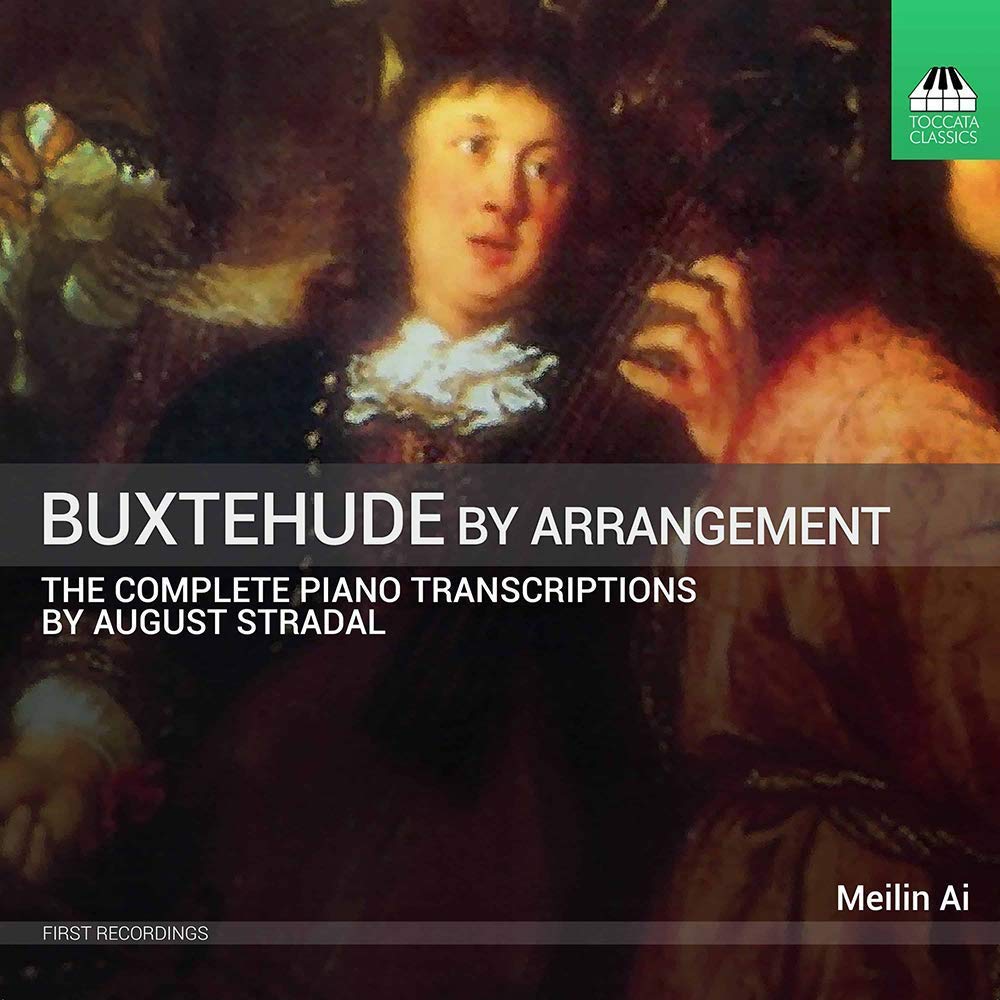 Toccata Classics continues its mission on behalf of the piano transcriptions of August Stradal (1860-1930), covering compositions by Bach, Wagner, Liszt (with whom Stradal studied) and now Buxtehude. Stradal’s 10 transcriptions of Buxtehude organ works appear all together here in premiere recordings with the talented young pianist Meilin Ai, adding up to nearly 84 generous minutes of playing time on a single disc. The obvious parallel for this body of work is found in Liszt’s piano versions of Bach organ works, in that both transcribers resist the easy temptation to replicate the organ’s resonant overtones and thick registrations, aiming instead for contrapuntal clarity and subtle textural deployment. At the same time, Stradal’s dynamic markings and tempo modifications are unquestionably born out of a Romantic rather than Baroque aesthetic.

Compare, for example, how Stradal rhapsodically navigates the E minor Chaconne’s landscape, in contrast to the stricter, steadier tread that a Baroque organist such as Kenneth Gilbert favours. Yet Ai’s astute clarification and contouring of contrapuntal lines prevents the piano-writing from ever sounding garish or overloaded. As a result, the A minor Fugue’s grand climaxes and pedal points are full-bodied without bursting at the sonorous seams. Her sensitivity of phrasing and timing of the rests in the E minor BuxWV143’s second fugue brings understated drama to a piece that does not often inspire organists beyond the perfunctory. One might quibble with Ai’s habitual phrase-end ritards that occasionally impede the great D minor Passacaglia’s majestic flow. Yet from the quiet exposition to the massive chordal writing, her varied and well-controlled articulation makes the long F major Fugue appear more musically eventful than it actually is.

It was smart for Ai to make her solo CD debut in previously unrecorded piano repertoire, where she has the field all to herself. That said, I hope to hear her in a wider range of music. All transcription mavens should know about and investigate this release.