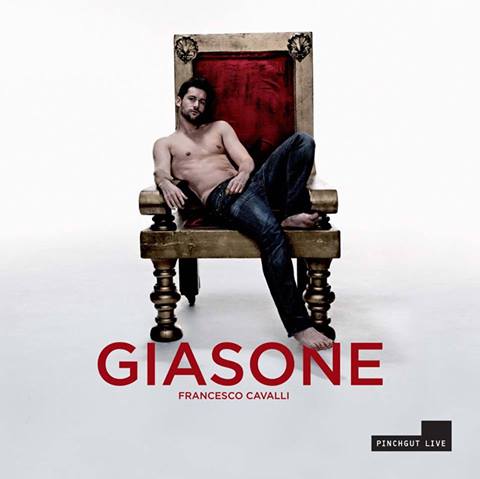 Cavalli’s Giasone (Venice Carnival, 1649) was originally structured into a prologue and three acts, but the short prologue and numerous comic scenes are omitted from Pinchgut Opera’s production and the three acts are restructured into a game of two abridged halves. This involves tinkering with the order of scenes and tampering with the content, such as relocating Medea’s incantation ‘Dell’antro magico’ (in which she petitions the underworld to support Jason’s quest to steal the golden fleece) to a slightly later position in the drama; the sorceress’s explosive infatuation and dark powers are thrillingly communicated by Celeste Lazarenko, and the playing here of the Orchestra of the Antipodes provides a few punchy shocks. The hilarious flirting duet between Alinda and Besso is retained but all of Besso’s contributions are transferred to Hercules (sung convivially by Nicholas Dinopoulos). These decisions were presumably made to fit the practical priorities of a flesh-and-blood staged production, and admittedly a few alterations help the plot to flow more logically.

The first appearance of the drowsy Jason – having spent the night in amorous activity with Medea and now doubtful if he has the energy to steal the golden fleece – clearly had the audience tittering in the aisles throughout the gorgeous ‘Delizie e contenti che l’alme beate’, although the musical charms offered by the powerful countertenor David Hansen and the sensuous recorders and continuo group are suitably delightful. Hansen delights in hamming up the absurdities of the hapless ‘hero’, although Medea and Jason’s duet as they fall asleep in each other’s arms (‘Dormi, dormi’) is performed with subtle delicacy. Miriam Allan’s stylish Hypsipyle steals the show several times over on account of an emotional range extending from a touching lament bewailing her abandonment by Jason (‘Lassa, che far degg’io?’) to her intense anguish at the opera’s climax when she realises he tried to have her murdered in order to placate Medea (‘Infelice, che ascolto?’). The comedic lower classes deliver appropriate ribaldry, such as the chronic stutterer Demo, whose report of having nearly drowned in pursuit of the Argo is wittily done by Christopher Saunders. Some audience laughter and a few bum notes only serve to enhance the atmosphere of this vibrant perspective on Cavalli’s notorious potpourri of tragic, beguiling and bawdy elements.