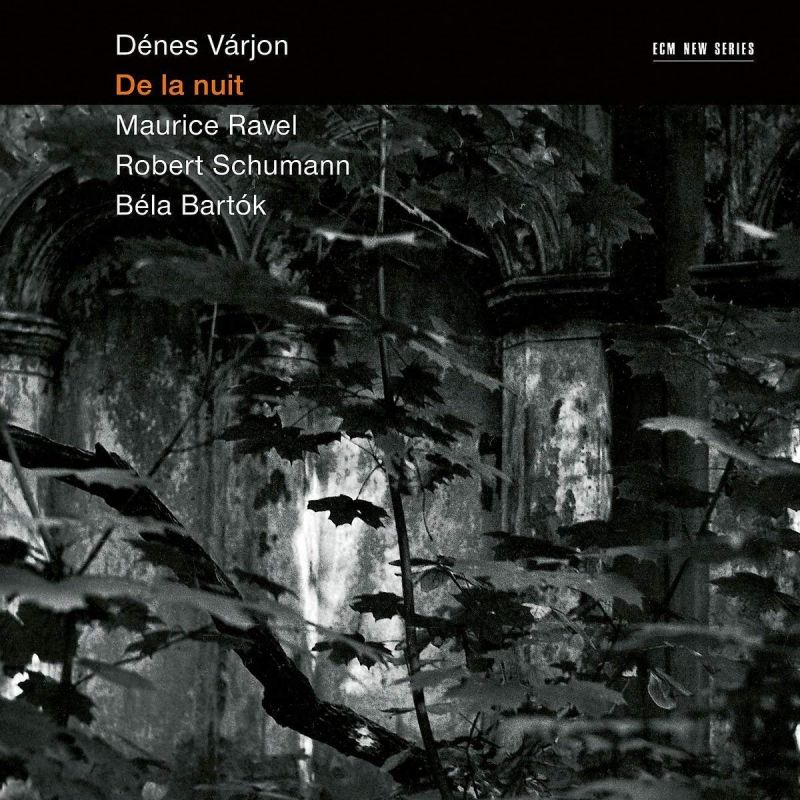 No doubts about the qualifications of Ravel’s Gaspard for a disc entitled ‘Of the Night’. But only three of Schumann’s eight Fantasiestücke fit the bill (why not give us his Nachtstücke instead?), and only one of Bartók’s Out of Doors. No wonder the booklet note writer clutches at straws, claiming that all three pieces require a pianist ‘for whom transcendent virtuosity is second nature’ (Gaspard for sure, Bartók not really and Schumann hardly, apart from ‘Traumes Wirren’) and that all three have ‘unusual poetic titles’ (same comment).

But never mind the packaging, what about the product? Notwithstanding Várjon’s acclaimed interpretations of Schumann’s chamber music in collaboration with Steven Isserlis, his Fantasiestücke lack depth of feeling and perspective in the sound. His rapidly predictable agogic accents are no substitute. And while he clearly makes an effort to convey the poetry and rhetoric of Eusebius’s replies to the stormy Florestan, he does not find the interiorising quality that the dialogue demands (if in doubt, hear Richter for the real thing).

Still, Várjon’s Schumann is a good deal more successful than his Ravel, at least as far as ‘Ondine’ and ‘Le gibet’ are concerned. Even before invoking the unfair comparison of the matchlessly shimmering and hypnotic Michelangeli (several different accounts available), Várjon’s textures feel lumpy, his phrasing too choppy and his voicing of the main lines unconvincing. Conveying the emotional core of ‘Scarbo’ seems to be his priority, and here he is admirably competent, even though his interpretation is a tableau predominantly painted in reds, whereas shades of silver would have been the colour of choice.

With his Hungarian compatriot, Várjon is suddenly in his element. The sound world of Out of Doors is far better suited to his technique and temperament. From the angularity of ‘With Drums and Pipes’ to the creepily flickering ‘Music of the Night’, Várjon elicits sharply profiled textures and finds an instinctive balance between detachment and expressivity. Overall, he is not helped by the unduly close recording, which captures breathing and pedal noise all too realistically and probably contributes to the rather overbearing, metallic quality in the sound.