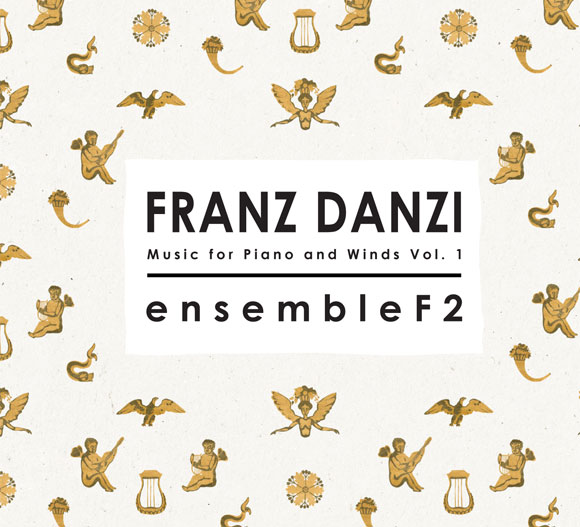 Ensemble F2’s project, prepared last year for Finchcocks Musical Museum in Kent, explores the chamber music of Franz Danzi (1763-1826). A versatile musician who joined the famous Mannheim court orchestra at the age of only 15, he replaced his father as the orchestra’s principal cellist after the court relocated to Munich; in 1798 he was promoted to the position of vice-Kapellmeister, but after some setbacks he worked in Stuttgart (where he befriended Weber and Spohr) before settling in Karlsruhe.

His Quintet in D minor for fortepiano, oboe, clarinet, horn and bassoon (Op 41) was published in Leipzig in 1810, although he simultaneously issued a version for strings (Op 40). The brooding yet beguiling sonority of the Larghetto opening features softly sustained chords that are immaculately balanced by James Eastaway (oboe), Jane Booth (clarinet), Ursula Leveaux (bassoon) and Anneke Scott (horn); all are on scintillating form in this masterfully crafted and elegantly dramatic music.

Steven Devine’s supple fortepiano contributions are flawlessly lyrical, but in the Turkish-style Rondo allegretto conclusion to the Sonata in E flat major for fortepiano and horn (Op 28) he makes astonishing use of ‘Janissary band’ special effects (bells, crashing cymbal, drum and bassoon imitations), operated by an additional pedal and knee lever of a Fritz grand piano (c1815); Scott’s enthralling natural horn-playing takes no prisoners either. Devine’s alert sensitivity and Booth’s cantabile expressiveness form a fine partnership in the Sonata in B flat for fortepiano and clarinet (Op 54). This is a wonderful match of interesting repertoire and classy musicianship.

Sonata for Clarinet and Piano

Sonata for Horn and Piano