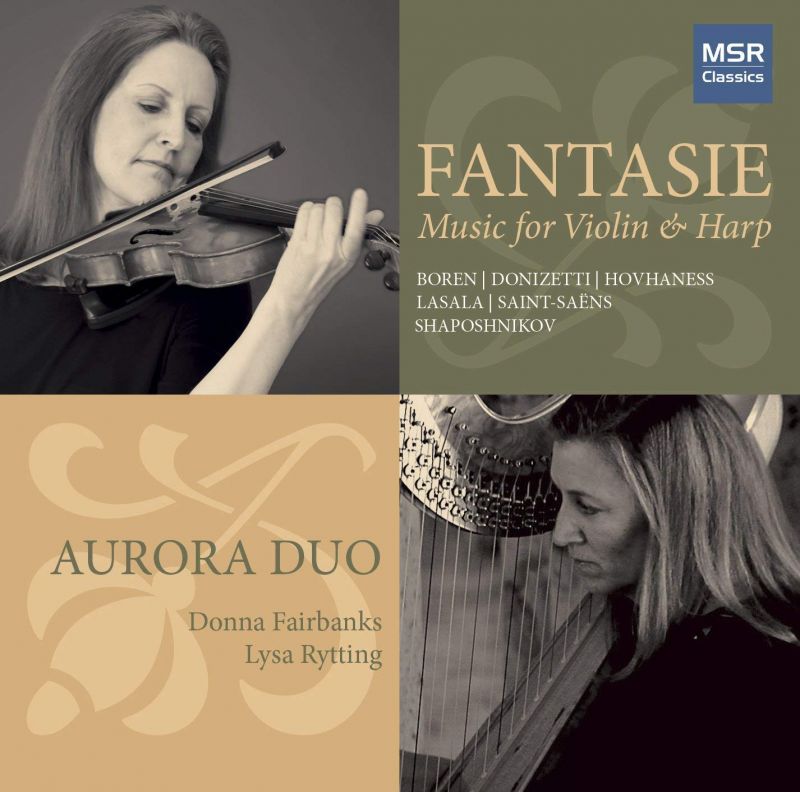 The repertoire for violin and harp is small, but on this engaging disc – a reissue from 1998 – the Aurora Duo, namely violinist Donna Fairbanks and harpist Lysa Rytting, make the strongest case for this music. The works are so varied in colour and temperament that the possibility of monotony never rears its head.

The disc’s title comes from Saint-Saëns’s Fantaisie, Op 124, a lovely conversation in which violin and harp exist on an equal expressive footing. Many hallmarks of the composer’s style – lyrical radiance, rhythmic agility, nuanced gradations – are here, and the Aurora musicians serve as resplendent champions of the score. As they do in the remaining fare. Donizetti’s expert writing for harp in his operas, especially Lucia di Lammermoor, can also be discerned in his Larghetto and Allegro, in which the instruments engage in poetic and buoyant sentiments straight out of the bel canto aria handbook. The Russian composer Adrian Shaposhnikov (1888-1967) reveals debts to his teacher, Glazunov, in his rapturous Sonata in D minor, while Alan Hovhaness’s five-movement Sonata, Op 406, almost floats on tender and wistful wings.

Movements from the Liturgical Dance

Sonata for Violin and Harp

Sonata for Violin and Harp