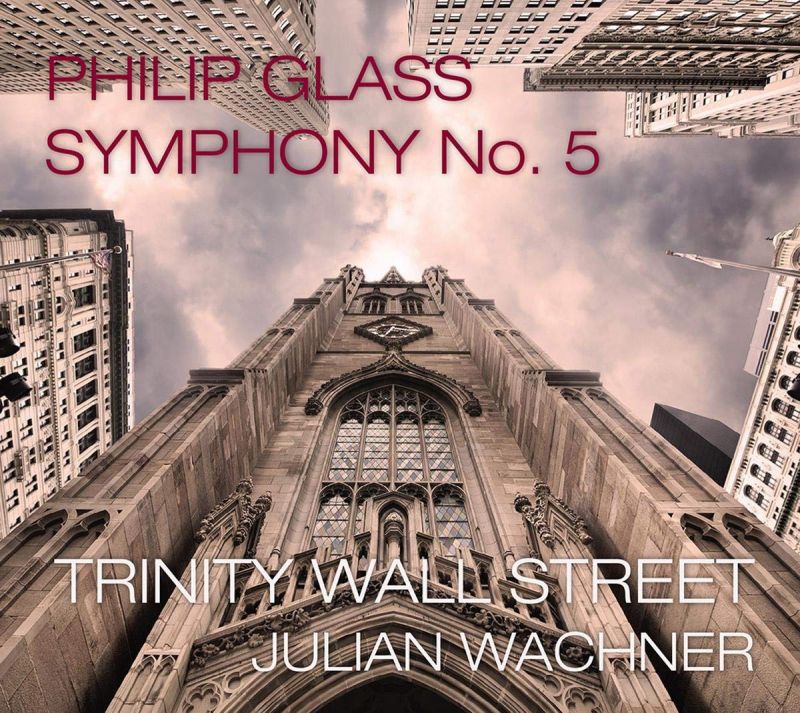 Premiered at the Salzburg Festival in August 1999 as a latter-day ‘Ode to Joy’ to mark the close of the last millennium, there can hardly be many modern symphonies that quite match Philip Glass’s Fifth in terms of ambition, scale, depth and scope.

This is a definitely a symphony with brass knobs on. Comprising choir, children’s voices, five soloists and full orchestra, this 90 minute work consists of 12 movements that subdivide equally into three four-movement sections.

Still, the Fifth’s most striking feature is its all-encompassing thematic and narrative sweep. An explosive opening movement subtitled ‘Before the Creation’ sets the scene for a dramatic first part which draws on Creation myths depicting the birth of the universe, planet Earth, the evolution of various life-forms and the coming into being of humans. Part 2 is more expressive in nature, exploring conflicting emotions such as love, compassion, ignorance and evilness. Part 3 brings together these elements in a wheel-of-life cycle that loops through life to death and beyond, with the final movement returning full-circle to the birth of existence heard at the beginning.

These themes are given particular resonance through a textual tapestry compiled by Glass in consultation with the Very Reverend James Parks Morton and Professor Kusumita Pedersen, which ranges from the Old Testament and Koran to the Rig Veda, Vishnu Purāna and Bhagavad Gita. These texts reflect Glass’s own particular multi-faith outlook, developed over the years through studies of Buddhism, Hinduism, Taoism and other religious and spiritual traditions.

The symphony thus seeks to identify commonalities between faiths rather than divisions and differences, and this is achieved largely through Glass’s unfussy setting. Speech-like melodic lines and transparent orchestral accompaniments serve to foreground the significance of these texts without massaging too much meaning into them. That said, the music springs terrifyingly into life at key moments, such as the ‘Fire Sermon’ section in the sixth movement – with choir and orchestra at full throttle – or poignantly at other times, such as in the 11th movement, where soprano Heather Buck’s ethereal floating lines plead for peace and reconciliation by quoting from the 13th-century Persian poet Rumi (‘It is the time of union’).

Buck is brilliant throughout, but all five soloists give a very good account of themselves. In particular, baritone Stephen Salters and bass David Cushing stand out, with Cushing’s resonant voice at the end of the second and beginning of the third sections providing operatic depth and colour.

Julian Wachner’s no-frills direction with Trinity Wall Street’s new-music orchestra, Novus NY, allows the texts to retain their presence and immediacy. The entire performance is captured vividly on an accompanying DVD of the performance from Trinity Church, Wall Street, Manhattan, which took place on May 20, 2017. Master craftsman or phoney symphonist? The jury may still be out on Philip Glass’s achievements in this most revered of classical forms, yet there can be little doubt that his music imbues the tonality of our time with strikingly powerful elemental quality. If nothing else, the Fifth Symphony bears impressive testimony to that.