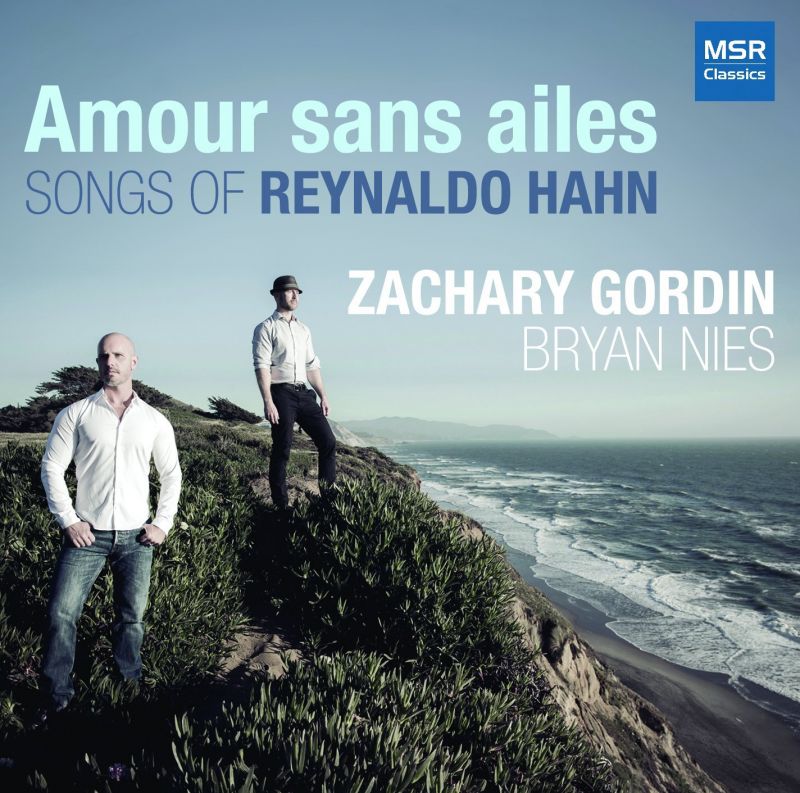 Zachary Gordin and his regular recital partner, Bryan Nies, opt for Hahn for their first album together, strikingly programmed, if, at 46 minutes, rather short. Gordin gives us Chansons grises complete, allowing us to hear the familiar ‘L’heure exquise’ in the wider context of the Verlaine settings that frame it. And he also gives us the brooding 1899 cycle Love Without Wings, to texts by the English poet Mary Frances Robinson (1857-1944), which may form a reflection on Hahn’s relationship with Proust: the text of the final song, ‘I know you love me not’, bears so striking a resemblance to a famous letter from Proust to Hahn near the end of their affair (‘Je crois que … vous ne m’aimez plus’, etc) that the similarities cannot be put down entirely to coincidence.

Gordin communicates tangible pleasure in his material. There’s wit in ‘Fêtes galantes’, pride as well as wonder in ‘À Chloris’ and lofty nobility in the extracts from Études latines. Gordin’s voice, however, is unevenly produced. A pulse in his upper registers makes its presence felt in the opening ‘Rêverie’ and sometimes gets in the way later on. His soft singing can be beautiful: the way he almost whispers ‘L’heure exquise’ is captivating but there’s also a moment near the beginning of ‘Paysage triste’, also from Chansons grises, where his intonation wavers. Nies is an attractive accompanist, admirably restrained and unsentimental. It’s an engaging disc; but to hear Hahn-singing at its best, you need to turn to Véronique Gens (Alpha, 1/16) and Susan Graham (Sony, 9/98), still leaders in the field.