H&H Society and its leader throw the spotlight on Haydn 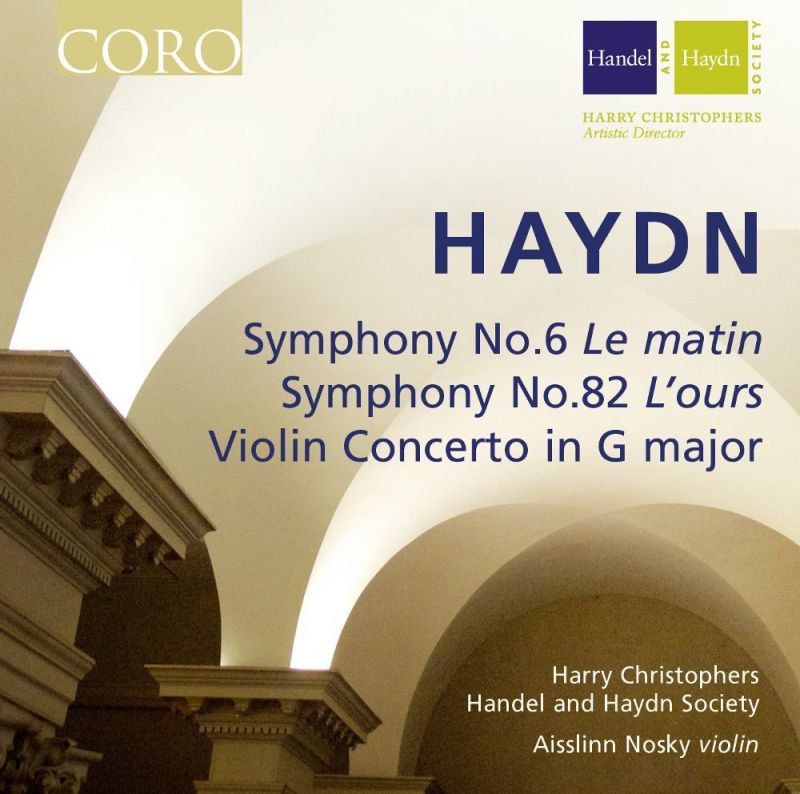 This is the first all-instrumental disc in Harry Christophers’s series of recordings with the Handel and Haydn Society of Boston and the first devoted entirely to Haydn. The suspicion lingers that the best way to hear the ‘Times of Day’ Symphonies (Nos 6 8 – the trilogy he wrote as his probation piece, so to speak, for the Esterházy orchestra) is singly, rather than in a single sitting. This performance has all the attributes that display this music at its best – not least the witty, characterful solo playing of the woodwind in the opening movement, leader Aisslinn Nosky in the Adagio and, notably, bassoonist Andrew Schwartz and double-bass player Robert Nairn in the Trio of the Minuet. A fortepiano, rather than a harpsichord, bobs along genially on the continuo line. Nosky is also the soloist in the G major Violin Concerto – a work for which Haydn’s authorship is supposed rather than confirmed – making an ideally strong case for this presumably very early work with a tone that is sweet without ever cloying and by maintaining tempi that never linger.

The final work on the disc comes from two decades later and one of the (many) peaks of Haydn’s creativity – the first of the six ‘Paris’ Symphonies. Christophers adopts judiciously chosen tempi (a swift Allegretto with a cheeky closing accelerando and a reasonably paced Minuet) but eschews the driven intensity of Thomas Fey in Heidelberg or the flexible pulse and spotlighting of momentary details indulged by Nikolaus Harnoncourt. Perhaps it’s a slightly eccentric choice of works but, as they say, if the coupling appeals…