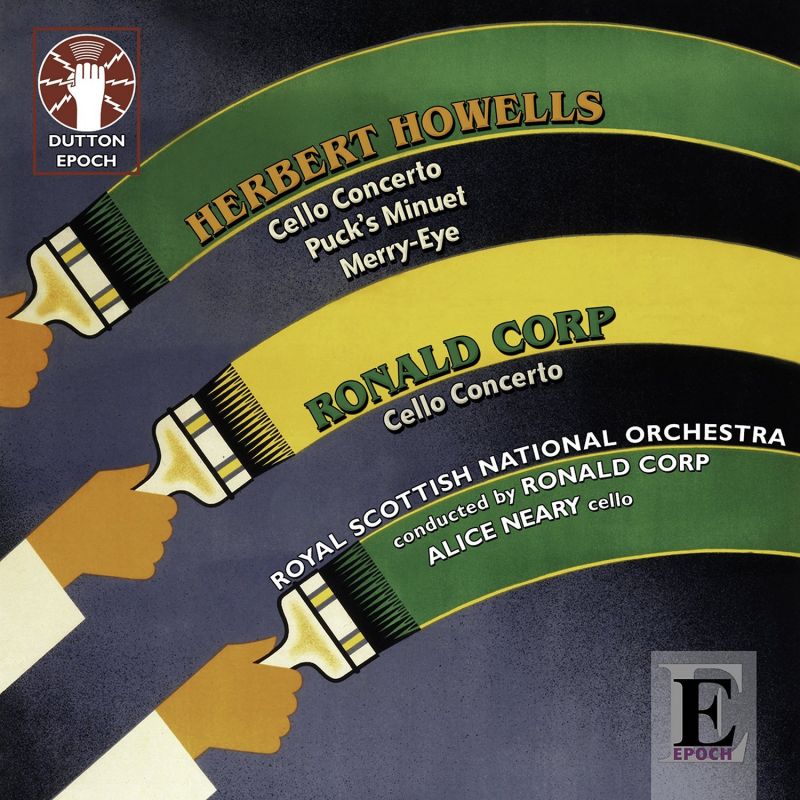 Herbert Howells made initial sketches for a cello concerto in 1933 but it was the tragic death in 1935 of his nine-year-old son Michael that changed the nature of the work. Composition provided a means of dealing with his grief. One result was his masterpiece Hymnus Paradisi. Another was the Cello Concerto, though only the first movement (entitled Fantasia) was ever completed; the second was orchestrated by Christopher Palmer in 1992 (entitled Threnody). Both were recorded by Moray Welsh and Richard Hickox back in 1995 on Chandos (3/96). The third has now been completed by Jonathan Clinch, whose booklet (and Gramophone blog) tells the whole fascinating story.

One has to be in the right frame of mind to listen to the Concerto. It is not, frankly, a work to put a spring in your step on a sunny summer Monday morning; rather it puts one in mind of one of Atkinson Grimshaw’s rain-sodden gaslit landscapes. No wonder Howells referred to it as a private ‘medical document’ – the two anguished climaxes of the first movement, for instance, scream with misery. It’s a powerful and heartfelt work. Alice Neary’s burnished tone captures its melancholy to perfection without the least show of superfluous sentimentality.

Ronald Corp, knowing that the Howells was ‘dense, heavy and relatively dark’ and that his own new Cello Concerto (2014) was to sit alongside it on disc, wanted his to be ‘a foil…lighter, less intense and more relaxed, even joyous’. It is indeed a work that is surely going to attract many in the future, with its haunting second movement especially appealing. Before this premiere recording come ‘Puck’s Minuet’ and ‘Merry-Eye’, Howells’s Two Pieces for small orchestra, as near as he got to writing ‘light music’. Corp the conductor, of course, is a past master in this repertoire.