MTT new to the helm of the Boston Symphony 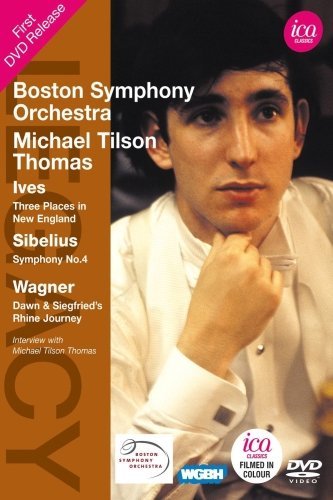 Archival reclamations are rarely as well documented as this one. In addition to helpful contextual notes by Andrew Farach-Colton, the programme is capped by filmed interviews with the maestro then and now. MTT was thrust into the mainstream in October 1969 when, newly appointed as the Boston Symphony Orchestra’s assistant conductor, he took over from ailing music director William Steinberg midway through their prestigious New York guest engagement. The concert footage presented here dates from the following year, gathering together what would, in the main, have seemed decidedly unusual fare.

The exception is the Wagner, a brisk and virile display which Farach-Colton suggests may reflect an earlier stint assisting at Bayreuth during Karl Böhm’s period as house speed merchant. Things have moved on editorially since MTT directed Ives’s Three Places in New England, a party piece he had already prepared with the orchestra and would soon be recording commercially (DG, 4/71R). Few if any have matched his natural, lyrical feel for this repertoire. Limited use is made of superimposition and the split-screen close-up popular in commercial cinema at this time.

The most ‘experimental’ item turns out to be the Sibelius, a work hitherto absent from his discography. Given the longevity of the late Colin Davis’s 1976 Boston recording (Philips, 8/77R), I had tended to think of this as a Boston piece. In fact in 1970 the orchestra had not tackled it since the Koussevitzky era, which explains the air of discovery, both positive and negative, attaching to this revival. In danger of losing momentum in the opening movement, MTT ratchets up the tension and any sense of drift or rhythmic unsteadiness disappears. The finale deploys glockenspiel and tubular bells in unison rather than opting for one or the other.

This vintage music-making, captured in slightly faded colour, limited camera angles (big on music stands) and sound officially described as ‘enhanced mono’, is well worth exploring. And yes, the conductor certainly does look young, as well as a tad more gesturally conservative.