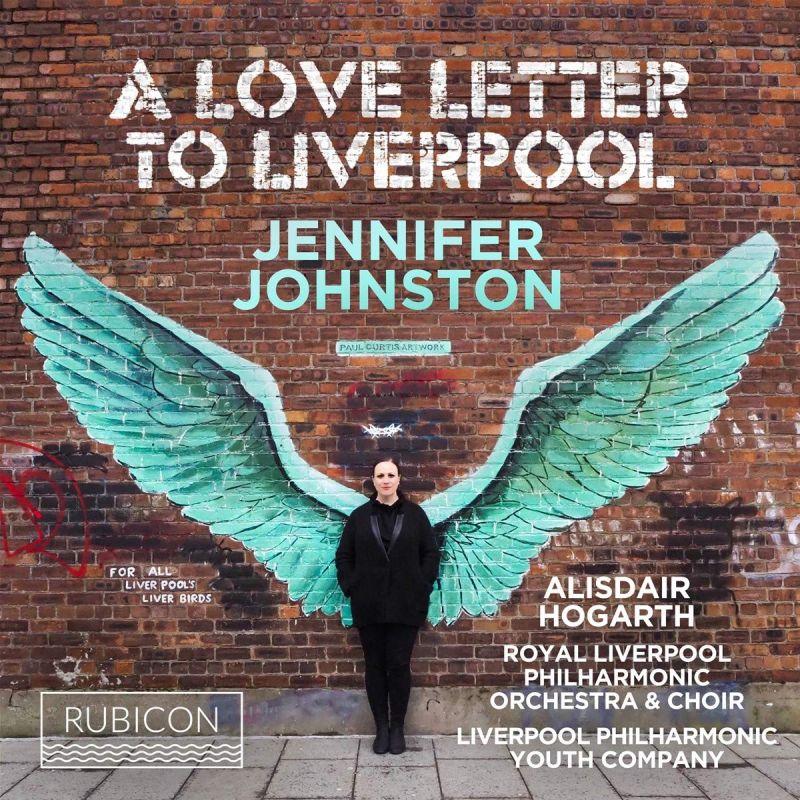 There’s more to Liverpool’s musical identity than Lennon and McCartney. A few years ago the RLPO released a series of discs exploring Merseyside’s Edwardian musical heritage. Now, under the auspices of the RLPS, Jennifer Johnston has released a song recital inspired by her native city – drawing on songs with a broadly maritime theme by Charles Ives, John Ireland and others, as well as new arrangements of songs from the city’s folk and pop traditions. It’s all in aid of Liverpool’s Alder Hey children’s hospital and the RLPO’s youth company.

The result is musically satisfying and rather touching, and Johnston lends her warm, communicative mezzo to a range of idioms. Together with pianist Alisdair Hogarth she enters into the romantic spirit of Bantock’s ‘Song to the Seals’, as well as settings of Irish melodies and Michael Head’s expansive ‘The Estuary’, and it’s good to hear an excerpt from Mark Simpson’s Pleasure, even without its orchestral colours. (Interestingly, a snippet of Paul McCartney’s Liverpool Oratorio sounds more affecting when pared down than it ever did in its original blockbuster context). Johnston deploys her best Bold Street vowels to droll effect in Stephen Hough’s ‘Madam and her Madam’.

The most intriguing parts of the disc are the new works; no fewer than eight, all specially commissioned for the occasion. Carmel Smickersgill and Richard Miller give sparse, Britten-like makeovers to ‘In my Liverpool home’ and ‘The Leaving of Liverpool’, while Bethan Morgan-Williams transforms ‘Liverpool Lullaby’ into a haunted miniature music-drama. I’d like to have been told more about the composers (and Evertonians will bridle at the implication that ‘You’ll never walk alone’ is a universally loved Scouse anthem). But the cause is good, and the musical content is as intriguing as it is enjoyable. Don’t hold back.