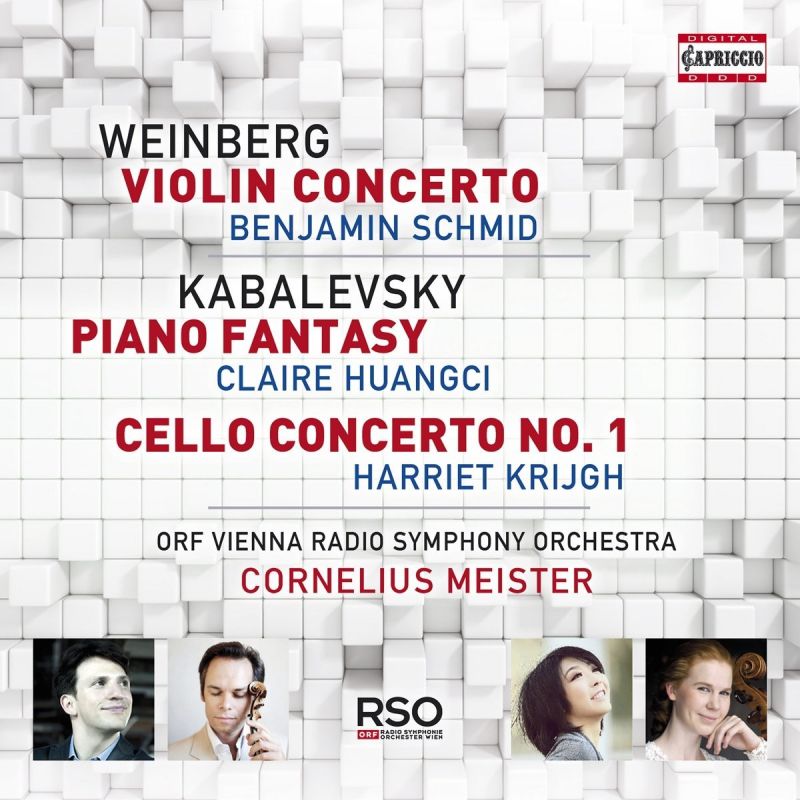 With its clear-cut format and ready melodic appeal, Mieczysaw Weinberg’s Violin Concerto (1959) made its way to the West long before its composer was as widely known (albeit via recordings) as he is today, and it should have established itself as a concert staple. Benjamin Schmid brings unstinting advocacy – whether to the propulsive energy of the initial Allegro, tense inwardness of the ensuing intermezzo and fervent eloquence of the Adagio (the attacca between them tellingly observed), then the robust energy of a finale whose climactic withdrawal into silence is powerfully conveyed here. Cornelius Meister, increasingly a name with which to reckon, secures playing of character and commitment from the Vienna Radio Symphony Orchestra.

While there is nothing amiss in coupling the Weinberg with music by Kabalevsky, the works featured here are not among his finest. One of several concertante works written to be played (and appreciated) by younger musicians, the First Cello Concerto (1949) is appealing though insubstantial, while the piano Fantasy after Schubert’s D940 (1961) is a curious hybrid along the lines of Liszt’s Wanderer Fantasy – deftly realised if hardly essential listening. Harriet Krijgh and Claire Huangci leave nothing to be desired in their respective readings but there are more substantial such pieces by either composer which would have made more pertinent couplings.

Those wanting just the Weinberg should consider the recent account by Ilya Gringolts or the pioneering version (still sounding well after almost six decades) from Leonid Kogan. Torleif Thedéen tackles both Kabalevsky cello concertos, the second a masterpiece from the later Soviet era, while Michael Korstick includes the Fantasy alongside all four piano concertos. Admirers of the three gifted soloists featured here should not hesitate to acquire this disc, even if it could have been more judiciously assembled in terms of the repertoire available.