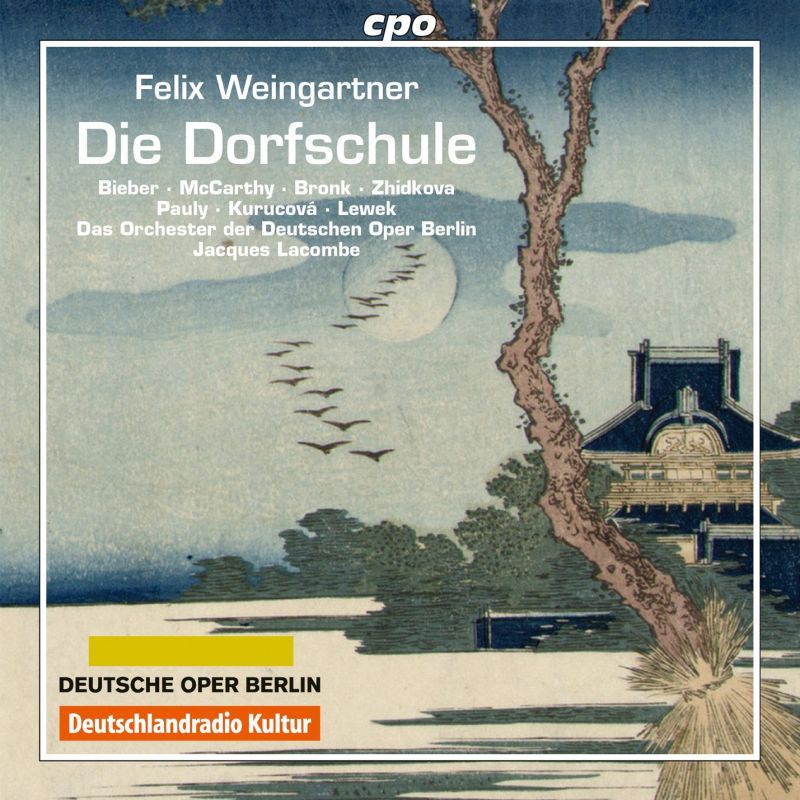 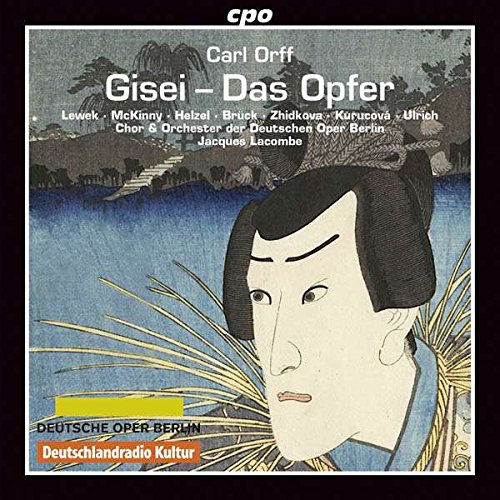 Though released separately, these two one-act rarities formed a double-bill in concert performances at Berlin’s Deutsche Oper in 2012, and share a common source in the play Terakoya (‘The Village School’) by the 18th-century Japanese dramatist Takeda Izumo, first translated into German in 1900. Gisei – Das Opfer, completed in 1913, when Orff was only 18, didn’t reach the stage until 2010, when it was given at the Darmstadt Staatstheater, where Orff had briefly been chief conductor in 1918, and where Weingartner, ironically, was also music director from 1914 to 1916. Die Dorfschule was first heard in Vienna in 1920. There is no evidence that Weingartner was familiar with Orff’s opera, as has sometimes been suggested.

Terakoya is a horrific tale of honour and child-murder, set during the 10th-century feud between the legendary chancellor Michizane and his enemy Tokhira. The exiled Michizane’s son, Kwan Shusai, has been secretly brought up by the chancellor’s loyal samurai Genzo, now a schoolteacher, and his wife Tonami. The deception is discovered, however, and Tokhira’s henchman Matsuo demands that Genzo must kill Kwan Shusai and hand over his severed head. Genzo, bent on ensuring Kwan Sushai’s safety at any cost, murders a recently enrolled pupil, Kotaro, in the boy’s place. Only gradually do we realise that Kotaro is Matsuo’s own son, whom he and his wife Chiyo (Schio in Weingartner) have enrolled in Genzo’s school in full knowledge that the teacher’s unswerving loyalty to his former master will cost the boy his life. Their reasons for doing so are different in each opera.

Both composers wrote their own librettos and the divergences are substantial. The teenage Orff was obsessed with Debussy and – via Pelléas – with Maeterlinck, whose influence looms large over his text. The halting, murky language renders psychology and motivation obscure, though it becomes clear that Matsuo has decided to atone for his previous betrayal of Michizane and Genzo with the sacrifice of his own son. Weingartner is more straightforward. The back-narrative is simplified to get rid of references to characters – Michizane, Tokhira and so on – who never appear. Where Orff, horribly, shows no concern for the children whatsoever, Weingartner brings them centre stage: his Kotaro, like Iphigenia, has decided upon self-sacrifice for the common good; Kwan Shusai, unaware of Matsuo’s designs, expresses horror and outrage at the other boy’s death. Matsuo, far from being a guilt-ridden traitor, is a kind of resistance leader, working undercover at the centre of a despicable new regime.

The scores are comparably different. That Orff, at 18, should be have been able to approximate Debussy’s sound world with such finesse is in itself remarkable but the Impressionistic style, all muted half-tones and hushed orchestral and vocal effects, is fatally at odds with the subject, and there’s none of the sense of underlying psychological violence that makes Pelléas so disturbing. Only Chiyo, complicit in her husband’s designs only to be destroyed by them, emerges as a fully rounded character who elicits any sympathy. The others are ciphers, and the overall effect is bland.

Die Dorfschule, on the other hand, is a work of some stature. There are Wagnerisms in the brass-writing and, more surprisingly, in the music for Genzo’s pupils, which has curious echoes of the Flower Maidens in Parsifal. Though Weingartner disliked Strauss, the way he releases the steady accumulation of tension in a big, lyrical final scene is reminiscent of Salome and Elektra. As in Gisei, it is Schio who holds the balance of sympathies, but elsewhere Weingartner charts the often thin dividing line between idealism and fanaticism with considerable perception.

The recordings are handsomely conducted by Canadian Jacques Lacombe, who has a fine understanding both of Gisei’s Francophile sensibilities and the dissonant, post-Romantic angst of Die Dorfschule. In Gisei the vocal honours go to Ryan McKinny’s implacable Genzo and Elena Zhidkova’s superbly anguished Chiyo. That Markus Brück’s Matsuo and Ulrike Helzel’s Tonami register less successfully is Orff’s responsibility, not theirs. Die Dorfschule needs big voices, and Heldentenor Clemens Bieber and Heldenbariton Stephen Bronk square off effectively as Matsuo and Genzo. Zhidkova, as Tonami this time, and Fionnuala McCarthy – harrowing as Schio, a role that lies implacably high – are both outstanding. Gisei is impossible to like and is perhaps for Orff completists only. Die Dorfschule, on the other hand, proves remarkably compelling and is well worth hearing.