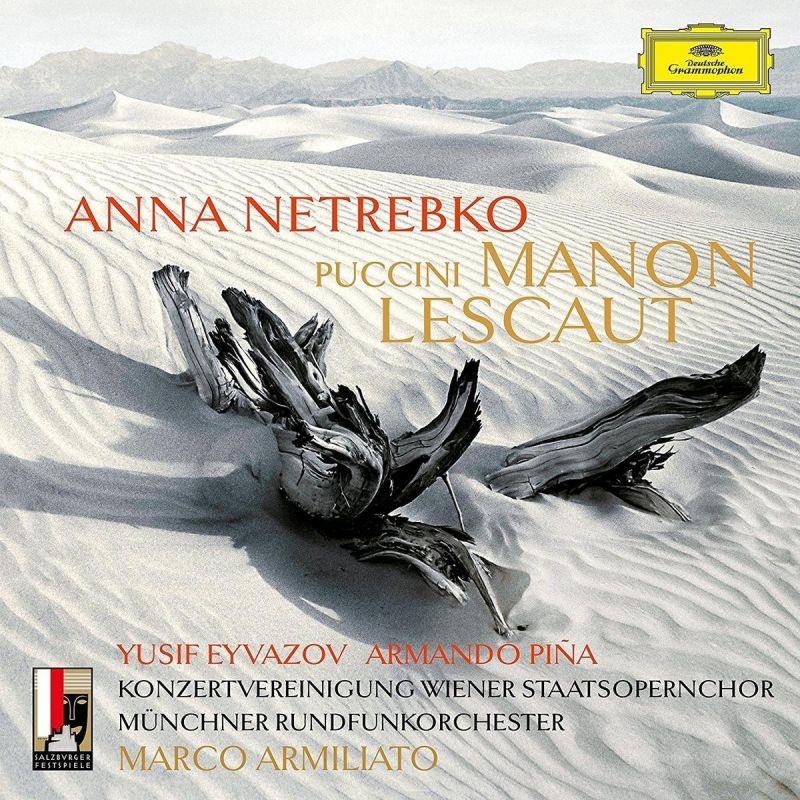 Puccini dismissed concerns about following a hit version of the Abbé Prévost’s Manon with his own adaptation: ‘Massenet feels it as a Frenchman, with powder and minuets. I shall feel it as an Italian, with a desperate passion.’ Once upon a time Anna Netrebko applied the powder and danced Massenet’s minuets, but now the Russian soprano has found meatier employment with the fiercer ladies of Puccini, Verdi and even Wagner (she sang Elsa in an acclaimed Dresden run of Lohengrin).

Netrebko first sang the heroine of Puccini’s Manon Lescaut under Riccardo Muti, in Rome, in the production where she also met Yusif Eyvazov, now her husband. When it came to this complete recording of the opera, many might wish that Muti had transferred to last summer’s semi-staged performances at the Salzburg Festival rather than Mr Netrebko. Instead the pair are joined by Marco Armiliato, the Münchner Rundfunkorchester and the Wiener Staatsopernchor.

Puccini’s score offers diamonds in the rough: the desperate passion flares but the storytelling sometimes falters, and the supporting characters fade in and out of focus. Netrebko’s may not be the most nuanced portrayal of the convent girl who goes from society queen to fallen woman, but it brims with conviction and – as can sometimes happen in this opera – there is no way that the tenor is going to steal this show.

Above all, this Manon knows her power. Even one of her very first lines, ‘un chiostro m’attende’ (a cloister awaits me) is wistful with a hint of knowingness, as if she grasps quite well why her brother might be shutting sis up in a convent. By the predations of Act 4 and the Louisiana desert, self-awareness has kicked in, delivered in a lacerating ‘Sola, perduta abbandonata’ and Manon’s frayed declarations of love for Des Grieux underscored by the too-late realisation of just how toxic she has really been for him. Vocally Netrebko is in luxuriant form, her dark-tinted soprano as edible as all the chocs in a luxury assortment (in which someone has thoughtfully removed the yucky strawberry creams).

So Netrebko is the diamond. And then there is the rough. Eyvazov has some impassioned moments but his voice is hit-and-miss, with ear-bleeding moments of raw, bleaty tone. In Act 1 he is trumped in style and finesse by Benjamin Bernheim’s dreamy Edmondo. Armando Piña’s Lescaut sounds far too doddery for Manon’s rogueish brother; the effect is to render him too much like the old roué, Carlos Chausson’s decent Geronte. Szilvia Vörös delivers a classy madrigal as the Musician.

As an overall package, it’s not what I’d call Salzburg standard. The German orchestra play without much character and Armiliato shows more concern for following the central couple than shaping and guiding the disparate score. The chorus are over-miked at the expense of the singers. A scrappy DG booklet offers a 1955 English translation, boring black-and-white photos and a breathlessly uninteresting essay.