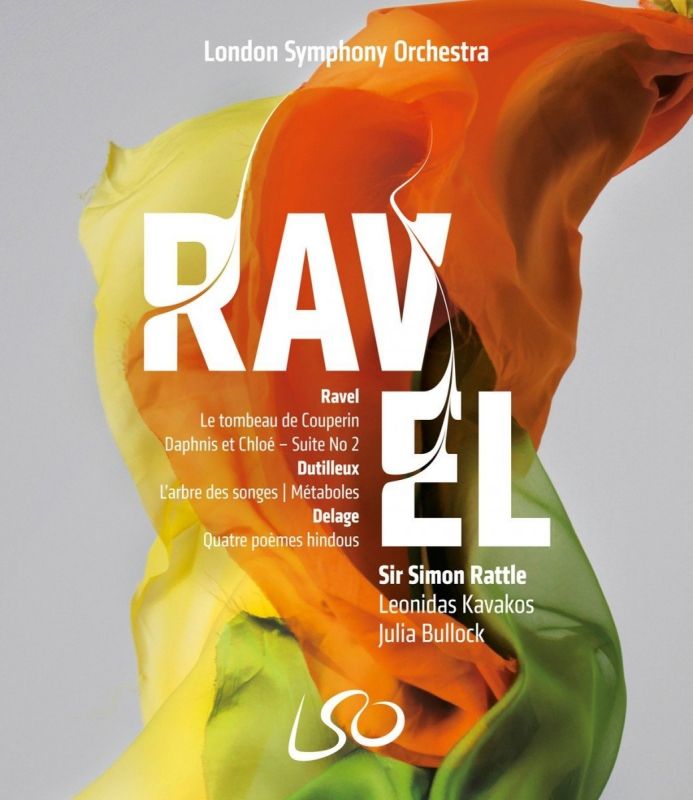 Since the announcement that Simon Rattle will take over as Music Director of the London Symphony Orchestra, his Barbican concerts gave garnered some rave reviews. Among them, this French programme from January 2016 is especially welcome on LSO Live – this time not on the usual CD but a double release on Blu‑ray and DVD so you can select your viewing medium.

Maurice Ravel bookends the concert. Rattle’s affectionate account of Le tombeau de Couperin features pristine contributions from the LSO’s principal woodwind team. Smiles abound and Rattle seems to offer his players a great deal of freedom in shaping and phrasing. The Second Suite from Daphnis et Chloé combines clarity – splendid flute contributions in the ‘Pantomime’ section from Adam Walker – with lush Mediterranean warmth from the strings. Rattle doesn’t whip the orchestra into a frenzy during the closing ‘Bacchanale’ but precision is paired with controlled power.

Henri Dutilleux, whose centenary was marked during 2016, cited Ravel as a major influence on his work. The violin concerto in all but name L’arbre des songes takes its inspiration from the forests of Arthurian legend, alternating between dreamy reveries and energetic outbursts. Leonidas Kavakos, stubbly and serious in what looks like a blue smock, delivers an unfussy, lyrical account of this chimerical work, dynamics sensitively calibrated. Métaboles is arguably more Stravinskian than Ravelian and Rattle draws a carefully nuanced reading of this ‘concerto for orchestra’ from the LSO.

The gems at the heart of this programme, though, are the Quatre Poèmes hindous by Maurice Delage, a pupil of Ravel’s. This 1914 cycle blends Indian colours into Western art song, with solo cello sometimes masquerading as a sitar, bending plucked notes. Julia Bullock delivers the four songs coolly but her grainy soprano, with smoky vibrato, suits their mysterious aura. Texts and translations are included in the booklet but are not available to view on screen. Rich sound and crystalline picture quality make this an enjoyable viewing experience.

Throughout, Rattle smiles beatifically at the LSO, which augurs well as his directorship proper begins.