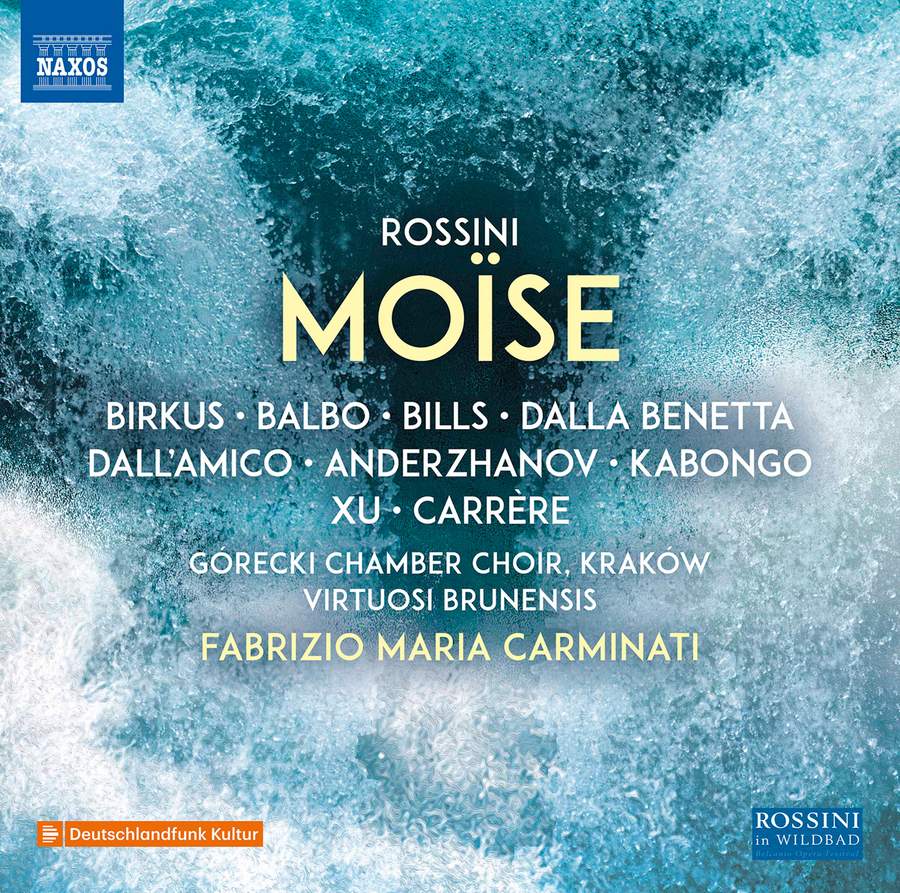 This latest release from the annual Rossini festival in Wildbad in southern Germany is one of its more successful, and one of its most important. The wait has been a long one for a recommendable recording of the original 1827 Paris version of Moïse et Pharaon, Rossini’s grand opera remake of Mosè in Egitto, the Lenten azione tragico-sacra he completed in Naples in 1819. The Paris revision held the stage down the years, albeit as Mosè, a bastardised Italian version that Rossini neither worked on nor forbade. It was this that Tullio Serafin famously recorded in Naples in 1957 (Philips, 12/57) with Nicola Rossi-Lemeni as a less than adequate Moses.

I first encountered the authentic Moïse et Pharaon in a 1976 French radio recording released on three Voce LPs. These boasted a largely French-speaking cast conducted by the vastly experienced John Matheson. The first widely available CD version was made during the 1997 Pesaro Festival. Graham Vick’s staging, played in a vast sports hall, found little favour. Worse, such merits as the performance possessed were wiped out by the festival’s disastrous go-it-alone attempt to record the production live in this acoustically difficult venue (Rossini Opera Festival Foundation, 2/00).

Only one member of the 2018 Wildbad cast, the excellent Congolese tenor Patrick Kabongo, has first-rate French. Still, it’s a generally strong ensemble that acquits itself well, a ponderously sung Pharaoh the sole blemish. Key to the performance’s success is the conducting – lithe, buoyant, nicely energised – of Fabrizio Maria Carminati. This, along with Naxos’s commissioning of yet another academically sourced booklet essay that tells us next to nothing about the opera, enables us to sit back and enjoy the music without being too concerned about the whys and wherefores of Paris’s Cecil B de Mille-like theatrical makeover.

The performance uses the 1827 Troupenas edition, a text that’s as unproblematic as that of Rossini’s other Paris revision, Le siège de Corinthe, is not. The only textual point concerns the revised end, where Jehovah appears before the grateful Israelites in a roseate glow after the waters of the Red Sea have closed over the pursuing Egyptians. The hymn of thanksgiving that followed this was cut before the first night and omitted from the printed score. Wildbad also omitted it, though it’s been recorded separately for the current set – a welcome footnote had the decision not been taken to try to edit it into the live performance before the final applause.

Still, as Albany says at the end of King Lear, that’s but a trifle here. For the time being, the set fills a not-so-small hole in the Rossini discography.