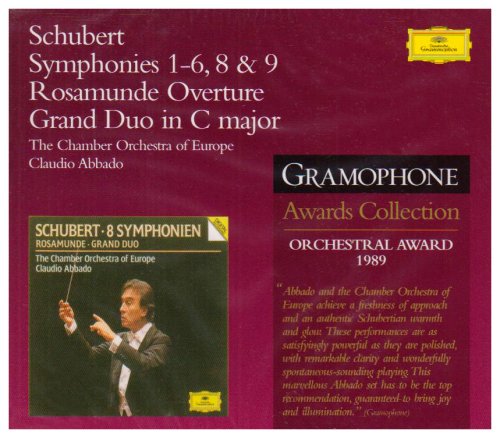 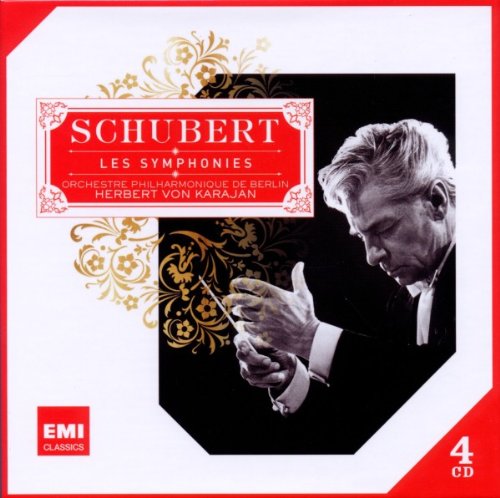 Even from a conductor who has actively encouraged the Chamber Orchestra of Europe from the start, it is a remarkable tribute that Claudio Abbado has chosen this superb band of young musicians, founded by former members of the European Community Youth Orchestra, for this major Schubert project on the DG label. A more obvious choice would have been the Vienna Philharmonic, or for that matter either of the other great orchestras with which he has been closely associated, the Chicago Symphony or our own LSO. But Abbado's confidence in his young players is repaid with compound interest.
For all their fine qualities, his previous recordings of the central Viennese classics have never been remarkable for their warmth. With the COE in Schubert it is different. These are performances, recorded in three different venues, mainly in the Konzerthaus in Vienna, but also at Watford Town Hall (Nos. 2, 5 and the Grand Duo) and Valencia (No. 4), which have an authentic Schubertian glow. Anyone worried that a band with the words 'Chamber Orchestra' in the title might sound too puny for the later symphonies, need have no worries at all. The playing here is as satisfyingly powerful as it is polished.
Marriner's versions on Philips, similarly with what is officially a chamber orchestra, remain very impressive, fresh, clean, unmannered readings, and are recorded in more consistent sound, generally fuller and more immediate, but Abbado brings an extra imaginative dimension without losing anything in freshness.
Added to that, he uses specially edited texts for the six symphonies not included in the