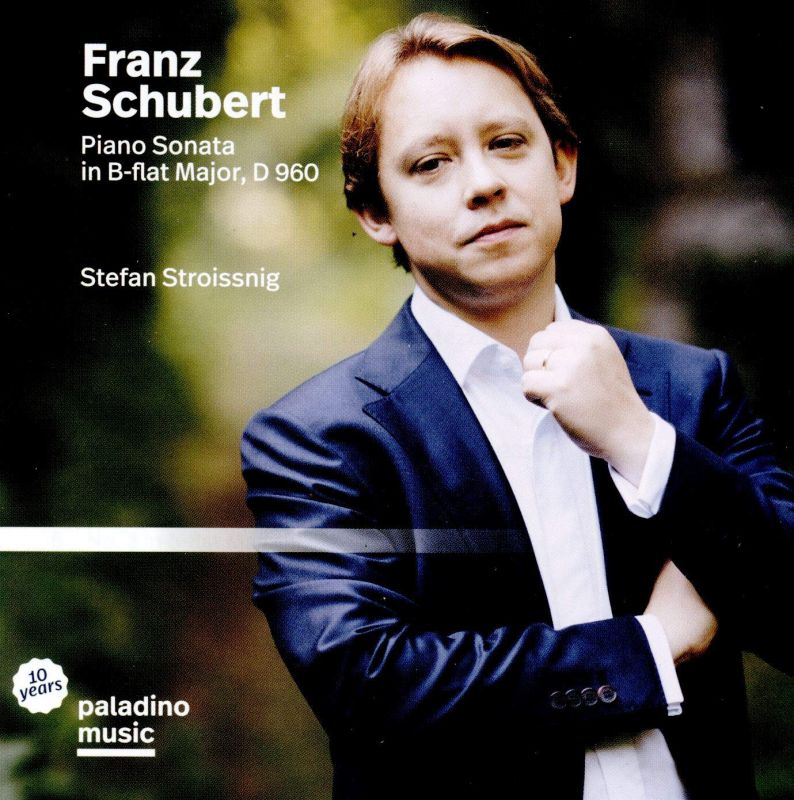 Stefan Stroissnig, who studied in his native Vienna and at the Royal College of Music, now teaches at the University for Music and the Performing Arts in Graz. For this solo recording, he has chosen late works by his fellow Viennese, Franz Schubert.

Stroissnig’s deliberate, foursquare approach to the opening Molto moderato of D960 precludes neither rather significant fluctuations of tempo nor occasional disregard of Schubert’s dynamic indications. Certain details, such as the length and volume of the famous bass trills, seem inconsistent. The Andante sostenuto is construed as an adagio, leaving the impression of growing ever broader as the movement proceeds. The cheerful Scherzo rattles along at a crisp pace, though one might wish for greater dynamic contrasts. In the finale, greater variety of touch and shading of sound would no doubt enhance the charm and effectiveness of the musical discourse.

The second and third Impromptus of D935 round out the disc. In my review copy, some distortion of the sound reproduction occasionally marred louder passages of the piano’s upper registers.