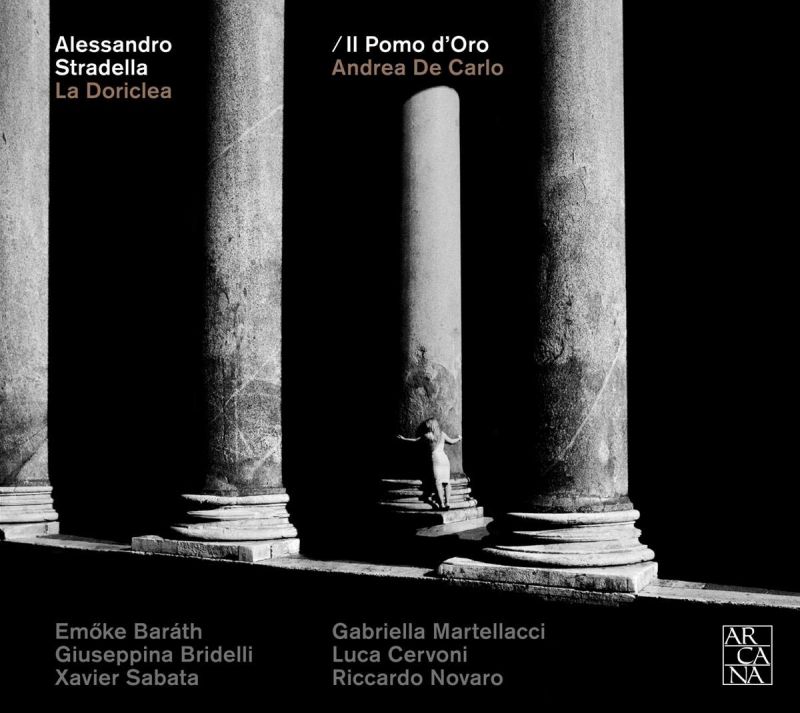 In 1938 a manuscript copy of La Doriclea was found in Rieti (a small town in the Sabine hills) by a local organist who then kept it completely hidden. This premiere recording benefits from recent research by Lucia Adelaide di Nicola; the present whereabouts of the manuscript and the identity of the edition used are not explained. Arnaldo Morelli’s essay speculates that perhaps Stradella’s comedy was intended for a private production at an aristocratic residence in or near Rome during the early 1670s, and that the libretto might have been written by the Roman nobleman Flavio Orsini.

The plot is an implausible web of amorous entanglements. Doriclea agrees to elope with Fidalbo but their plan is thwarted by a series of misunderstandings that overlap with the quarrelling Celindo and Lucinda – initially there is confusion over identities in the darkness of night (at the end of Act 1), and the problem is worsened by Doriclea disguising herself as a man (‘Lindoro’) for the rest of the opera in order to test Fidalbo’s fidelity; she thereby attracts unwanted interest from Lucinda (who wishes to punish Celindo by having a fling and yet rebuffs advances from Fidalbo, who believes Doriclea has forsaken him and so hopes a new lover will cheer him up). Upon the brink of attempted murder, the eventual denouement resolves jealousy and embarrassment between the four upper-class lovers, partly facilitated by the panicked interruption of the ageing spinster Delfina, whose quest to find a husband finds success in the long-suffering servant Giraldo.

A multitude of little short arias and duets are performed with zesty vibrancy by Il Pomo d’Oro, conducted by Andrea De Carlo. Two violinists embellish numerous short ritornellos elaborately, and the continuo group is richly arrayed. Emőke Baráth’s Doriclea and Giuseppina Bridelli’s Lucinda are both crystalline and sensual. The steadfast Celindo’s laments in response to Lucinda’s unwarranted scorn are sung dulcetly by Luca Cervoni. Xavier Sabata has vocal frailties but his subtly shaded arias convey Fidalbo’s changeable adoration for Doriclea and Lucinda. Stradella seems to have had fun writing the wittily inventive music for the lower-class characters, sung with humour and agility by Gabriella Martellacci and Riccardo Novaro; one of the highlights is the sleepy Giraldo’s song to rouse himself – rather than riches and beautiful women, his idea of happiness is chilled wine and a meat pie.