Tune they Musicke to thy Hart 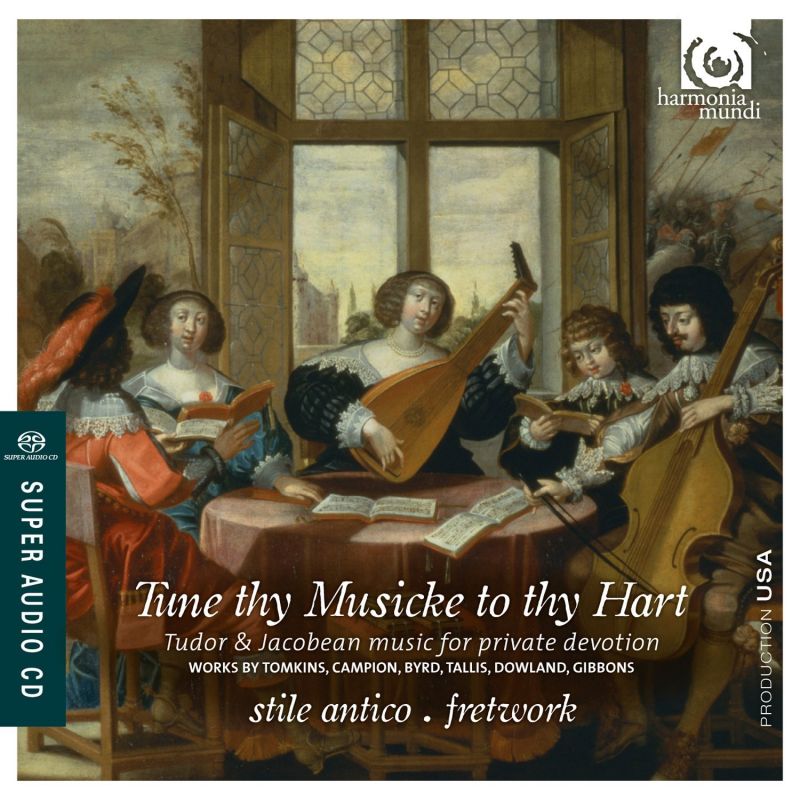 We are enjoined by this fine recital to bring nuance to distinctions between sacred and secular, and what we sometimes sloppily assume to be public and private modes of musical expression in 16th-century England. The very concept of ‘private musical devotion’ we might melodramatically associate with priest-holes, and Byrd’s Mass for Four Voices in a wardrobe. Some wardrobe it would have to be to accommodate the 12 exultant voices of Tomkins’s O praise the Lord, which is one instance of several on the album where the conceit is stretched thin: just because the piece survives in a private (as opposed to ecclesiastical) collection doesn’t mean that is its natural home. What’s more important is that Stile Antico’s sleek tuning and supple attention to words, and the studio recording, intimate but not claustrophobic, do bring a carefully plotted span (over 120 years) of sacred styles into our listening rooms with rare success.

The 12 singers don’t go all out for the full-blooded staging of madrigalian word-painting that we’d hear from The Cardinall’s Musick, and they use less vibrato than some long-established groups, but they no less effectively build the structures of verse anthems by Gibbons and Amner. The latter’s A stranger here is a remarkable discovery for me, with its culminating, dissonant Amen. Amid such rich Jacobean harmonies, the restrained precision of Browne’s carol Jesu, mercy effects a welcome shock to the listening ear. Melancholy introspection is banished at length by Gibbons’s embrace of the entire Incarnation, sung not with the haloed eloquence of the Clerkes of Oxenford but rather the keen interplay of Red Byrd, only without the artfully local pronunciation. To have Fretwork on hand is a further boon.

Tune they Musicke to thy Hart

From profound centre of my heart

How are the mighty fallen

See, see, the word is incarnate

Why do I use my paper, ink and pen?

I shame at mine unworthiness