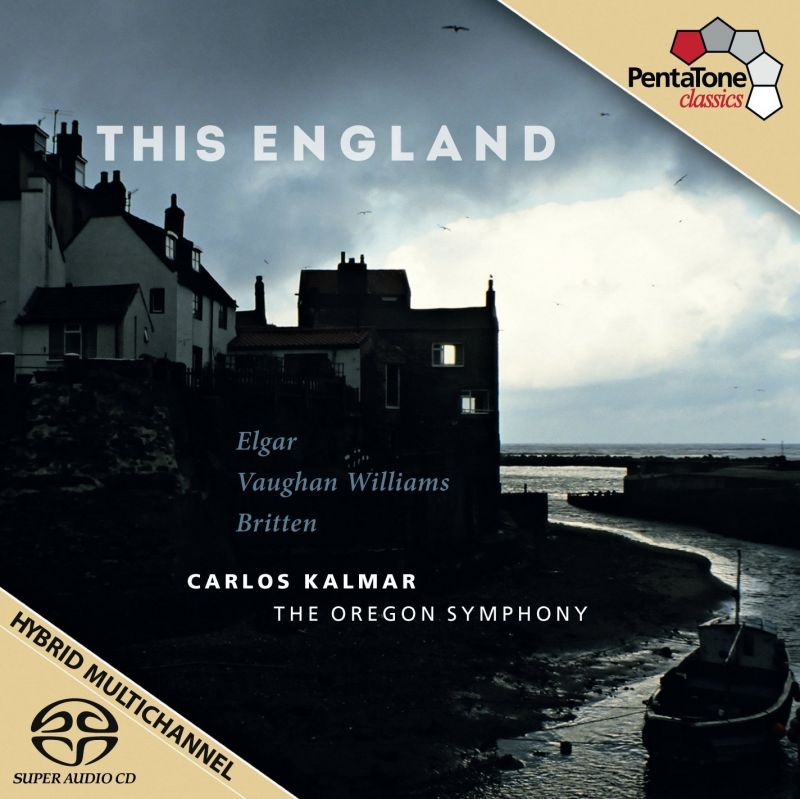 I rather expected that comparisons between these two versions of Vaughan Williams’s Fifth Symphony would throw up some significant contrasts but the manner of those contrasts quite surprised me. In the mobile string figurations at the centre of the first movement (starting from around 5'26" on Pentatone, 5'06" on Hallé), Carlos Kalmar works up to an accelerating frenzy, whereas by keeping the tempo relatively steady Elder conjures up parallels with Sibelius (the work’s dedicatee) that are usually far from obvious. In the Scherzo, Elder establishes a bouncier pulse and has his strings and winds intertwine mischievously. Kalmar’s ‘Romanza’ occupies a well-judged 10'56" as opposed to Elder’s radiant 12'17", a comparison that reaches far beyond the relatively superficial issue of timing. Here Elder is at his most persuasive, much as he is at 5'42" into the finale, where the symphony’s haunting first motif returns. Kalmar is also impressive, though his prominent timpani tend to mask the episode’s full harmonic impact. For me, Elder’s sense of atmosphere and specific locality win out, though Kalmar’s Oregon performance certainly pulls no punches. The Hallé CD box reports The Times’s assessment of Elder’s account of the Eighth (as played at the Proms in 2008) as exploiting ‘every second of the music’s whimsy and fantasy’, which is as true of this 2012 recording from the BBC’s MediaCityUK in Salford, another first-rate piece of engineering. The Scherzo shows the Hallé winds and brass to excellent effect and I was warmed by Elder’s well-aimed use of string portamentos in the ‘Cavatina’. The oratorical percussion-topped finale sends out mixed messages (an equivocal celebration?) and again the balance of some very varied textures is spot-on.

Sound-wise, you couldn’t ask for more; nor could anyone expect finer recording from Pentatone in Britten’s Four Sea Interludes and Passacaglia (Peter Grimes) or Elgar’s Cockaigne. The Britten is a total success, gripping in mood and hot on specific instrumental detail, but the Elgar falls a little short of the idiomatic ideal. Keen textural observation is legion and the recording’s dynamic range is consistently impressive (the bass drum is particularly well caught), but what I miss are the sighs, the tiny pregnant pauses and what I can only call a manifest feel for the city or, to put it in cabby’s language, ‘the knowledge’. It’s rather like watching an immaculately turned-out actor from abroad playing an Englishman while not quite nailing the accent. In other respects, a very fine release, but Elder’s VW is a cut above that and I would recommend it unreservedly.