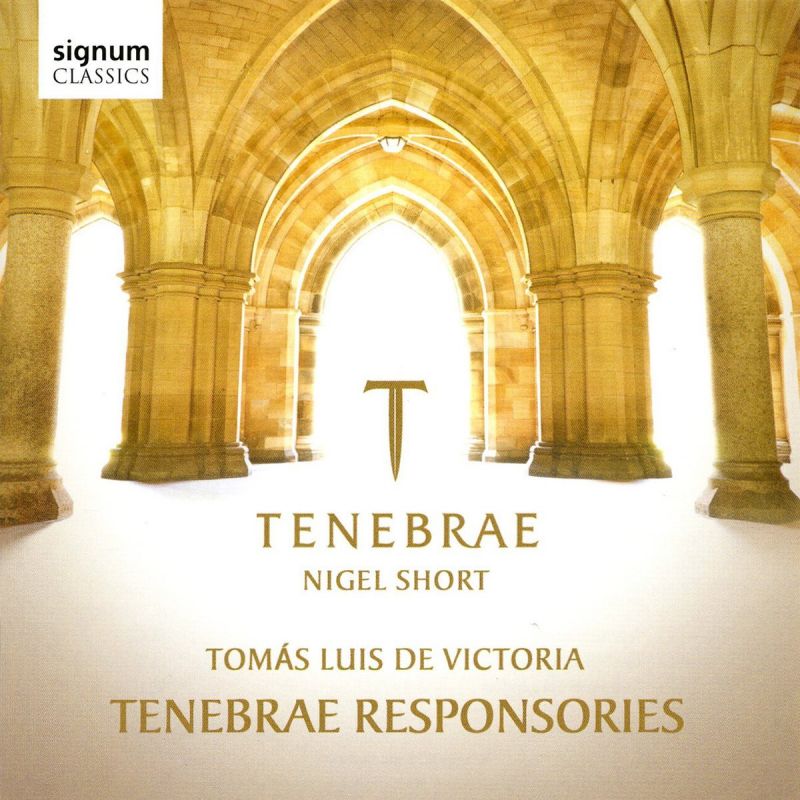 Up until now, choosing a recording of Victoria’s Tenebrae Responsories was an easy task. If you wanted glossy thickness of texture and euphemising vocal warmth then there was The Sixteen’s 1992 disc. If you preferred something a little more forthright, more muscular, the Tallis Scholars’ interpretation was the one. Now Nigel Short and Tenebrae have complicated all that with a recording that strips all excess musical flesh aside, exposing the chilly bones of these penitential masterpieces.

The Tenebrae services of Easter Week see Christianity at its most bleak. And just as the comfort of light is denied to worshippers, so Victoria’s musical settings of the Responsories for Maundy Thursday, Good Friday and Holy Saturday refuse to veil the pain of their texts. The challenge of music that sustains a single mood is to discover textural shades within the shadows.

Short and his 13 singers achieve this both by alternating full sections with those for reduced forces (an upper-voices verse section in ‘O vos omnes’ is particularly exquisite), and by less orthodox processes. Many movements sit unusually high, finding a silvered quality to the sound lacking in other recordings, while ‘Tenebrae factae sunt’ is transposed down and performed by men’s voices alone, evoking the sudden darkness of the Crucifixion.

Tenebrae’s signature blend (already showcased this year in their recording of Victoria’s more expansive Lamentations – Archiv, 6/13) comes into its own here in the Responsories. The heart of the cycle – the imploring ‘Si est dolor’ – is almost impossibly charged, its balance of vocal fragility and tensile strength discovering the emotional paradox at the core of this music.