Martinu extracted these three substantial fragments from his opera two years after completing it, with the aim of using it to secure a production of the full work in France. That didn’t happen and the fragments were never performed – but 70 years later, under the baton of Sir Charles Mackerras, a man who has devoted himself to getting to the heart of Czech music, the piece received its premiere and was captured in superb sound by Supraphon. Not only was it a rich musical feast – the soloists wonderfully led by Magdalena Kozená – it was also a poignant occasion, the last concert Mackerras plans to give with the Czech Philharmonic in their homeland. As Gramophone’s Guy Rickards wrote at the time: “I cannot recommend this scintillating disc highly enough.” 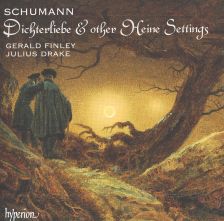