Don Carlo is notoriously hard to get right. As a thread on Gramophone’s online forum recently pointed out, even the end is tricky – where Carlo gets dragged off by a mysterious monk (but is it his grandfather? A ghost? Or just a monk?). So what is set up as a great romance is subverted by the pressures of family and the state right to the end. There are few satisfying filmed versions but this latest, perceptively directed by Nicholas Hytner, takes its place at the head of the catalogue. The late John Steane felt that the DVD even improved upon his impressions of the production on stage. “It was,” he wrote, “a great night at Covent Garden, though of course one had reservations. With the DVD they recede, I won’t say to vanishing point but certainly to the margins.” 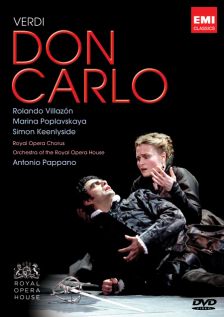