We are pleased to reveal the winners in the 10 recording categories of the 2019 Gramophone Classical Music Awards, presented in association with Apple Music, the Adam Mickiewicz Institute and Medici TV.

One of these recordings will now go on to win Recording of the Year, which will be announced at the Awards ceremony on October 16 at the De Vere Grand Connaught Rooms in London’s Covent Garden and streamed live on Medici TV. 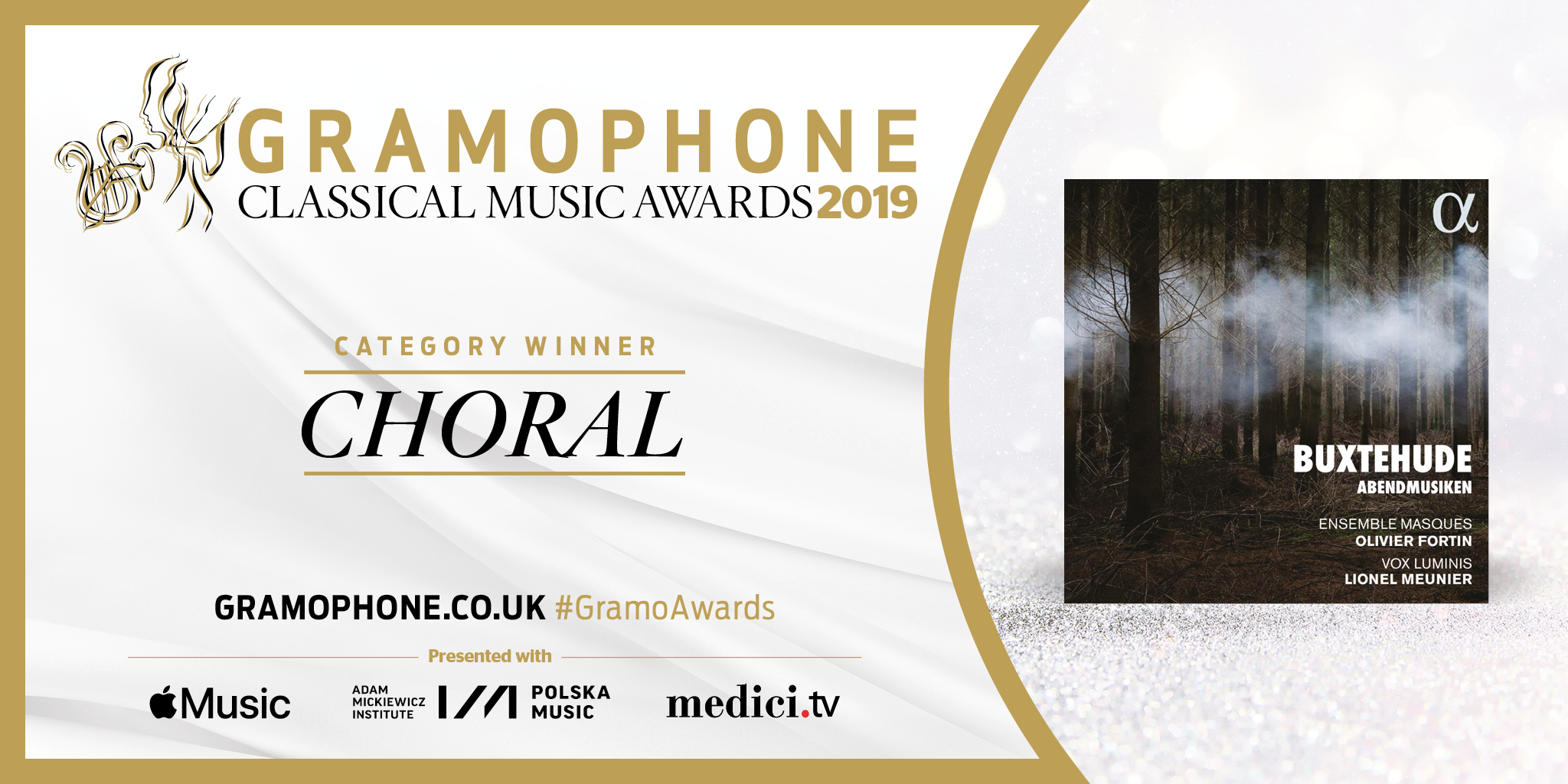 Following on from their 2018 Gramophone Award nomination and 2012 Recording of the Year triumph, Vox Luminis and Lionel Meunier win the Choral category this year with Ensemble Masques and Oliver Fortin for their recording of Buxtehude’s Abendmusiken on the Alpha Classics label. Gramophone said that Vox Luminis ‘do not disappoint, charting the emotional contours of Buxtehude’s music with exquisite understanding and demonstrating their now familiar deep but lucid choral blend, out of which expertly executed solos emerge and return.’ 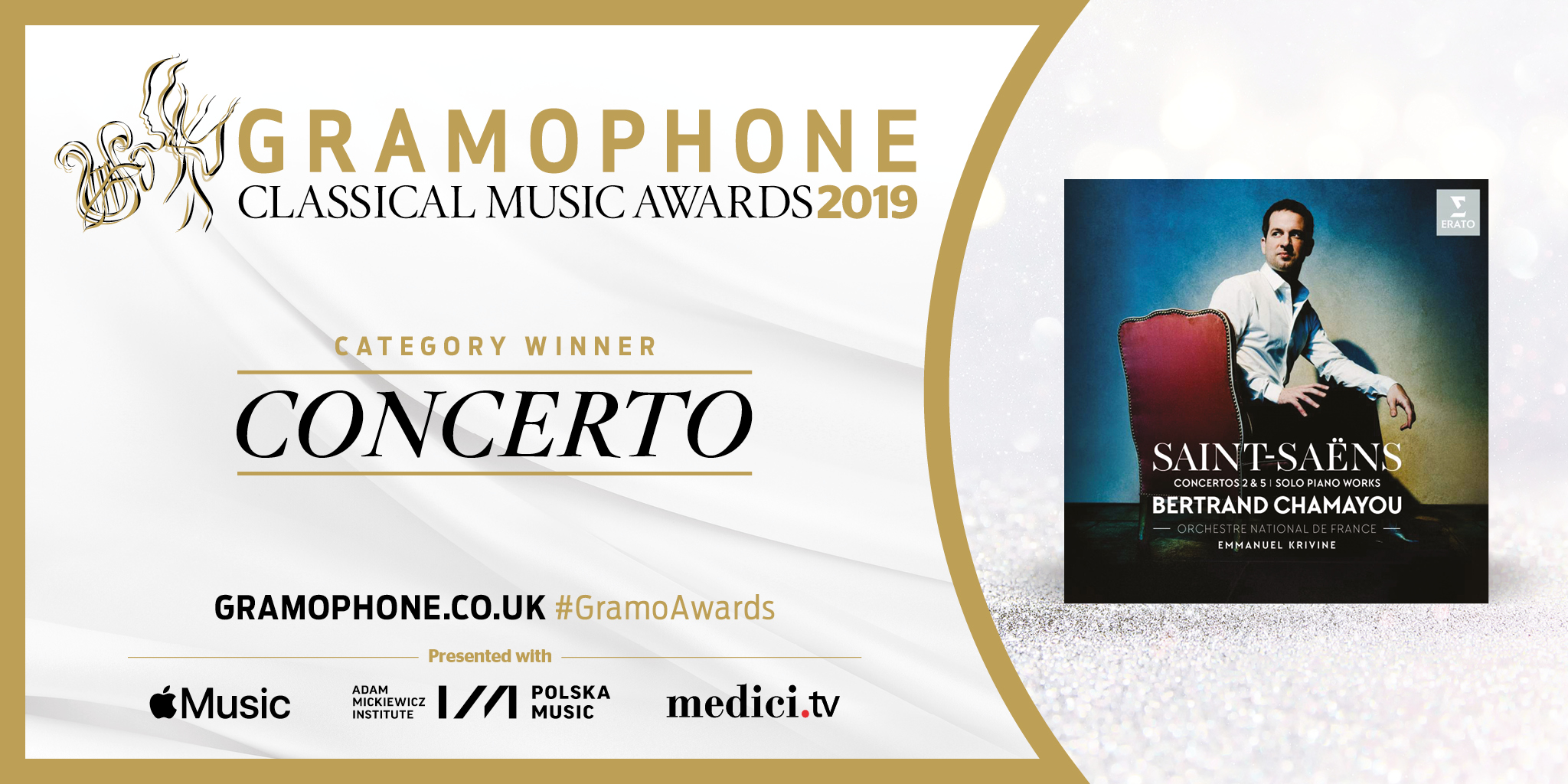 In his first-ever Gramophone win, the French pianist Bertrand Chamayou wins the Concerto category with Saint-Saëns’s Piano Concertos Nos 2 & 5, and pieces for solo piano, with the Orchestre national de France under Emmanuel Krivine on the Erato label. Of the solo pieces, Gramophone reviewer Jeremy Nicholas called his Étude en forme de valse ‘the most scintillating account I have heard […] it’s that good’. 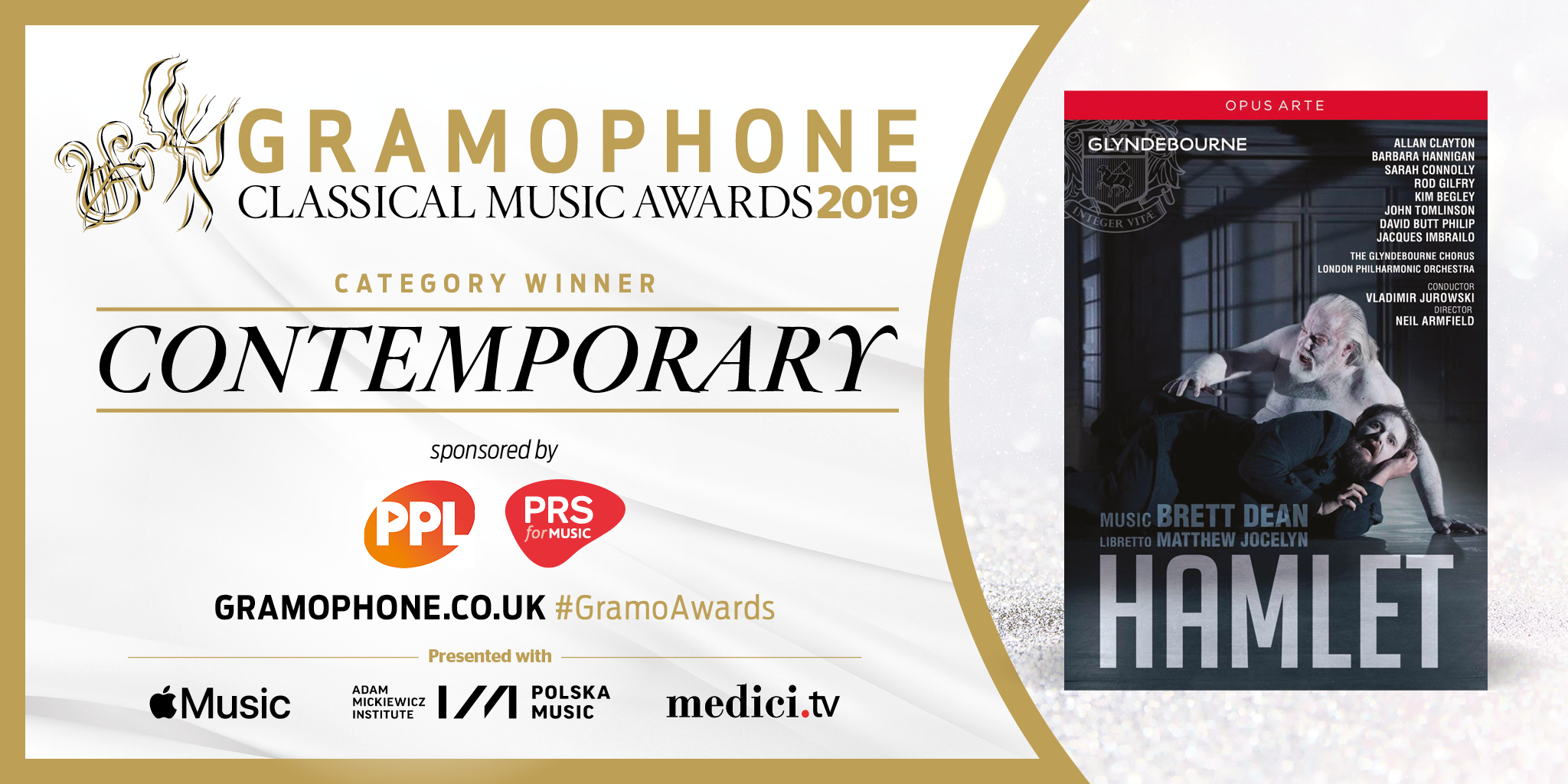 The Contemporary category (sponsored by PPL & PRS for Music) has been won by the Opus Arte DVD of Brett Dean’s Hamlet from its Glyndebourne premiere production. Soloists on the recording include Allan Clayton (Hamlet), Sarah Connolly (Gertrude), Barbara Hannigan (Ophelia), Rod Gilfry (Claudius), Kim Begley (Polonius), John Tomlinson (Ghost/Grave-Digger/Player-King) and Jacques Imbrailo (Horatio) with the London Philharmonic Orchestra and the Glyndebourne Chorus conducted by Vladimir Jurowski. Gramophone hailed the work as ‘a huge and heartening endorsement of operatic and theatrical principles in an age of musical plurality and patchy experimentation.’ 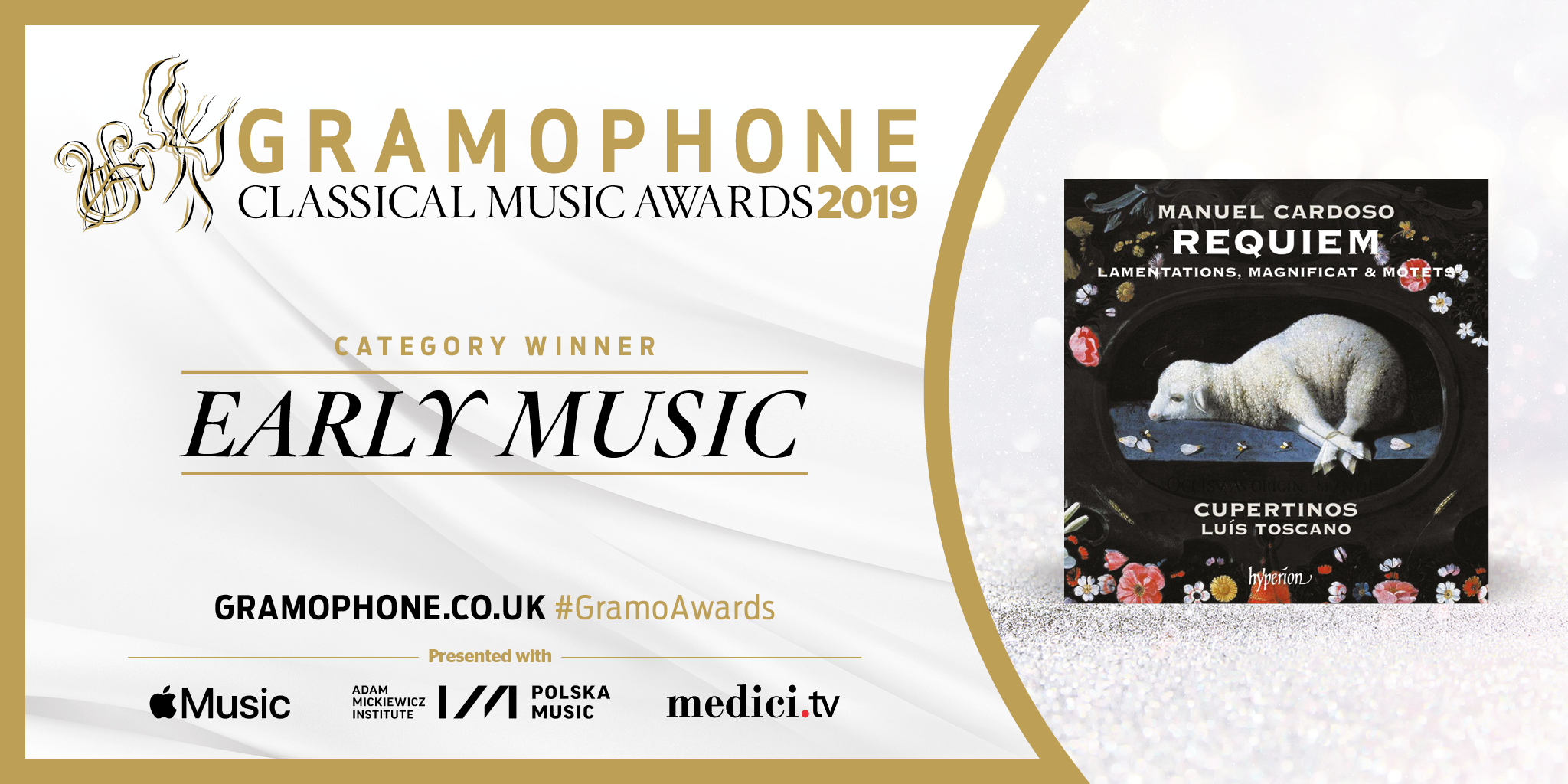 The Early Music category sees a Portuguese ensemble tackle native repertory: Cupertinos and Luís Toscano take the Award for their recording of Manuel Cardoso’s Requiem, Lamentations, Magnificat and Motets on the Hyperion label. A relatively recently discovered composer, this recording joins that of other distinguished vocal groups which have brought Cardoso’s works into the limelight.

For the ninth year running, the Instrumental Award goes to a pianist, with Gramophone’s 2009 Young Artist Yuja Wang. Gramophone said of ‘The Berlin Recital’ on Deutsche Grammophon: ‘Anyone hitherto more put off than drawn in by Yuja Wang’s glamorous image may have to do some rethinking in the light of this recital.’ 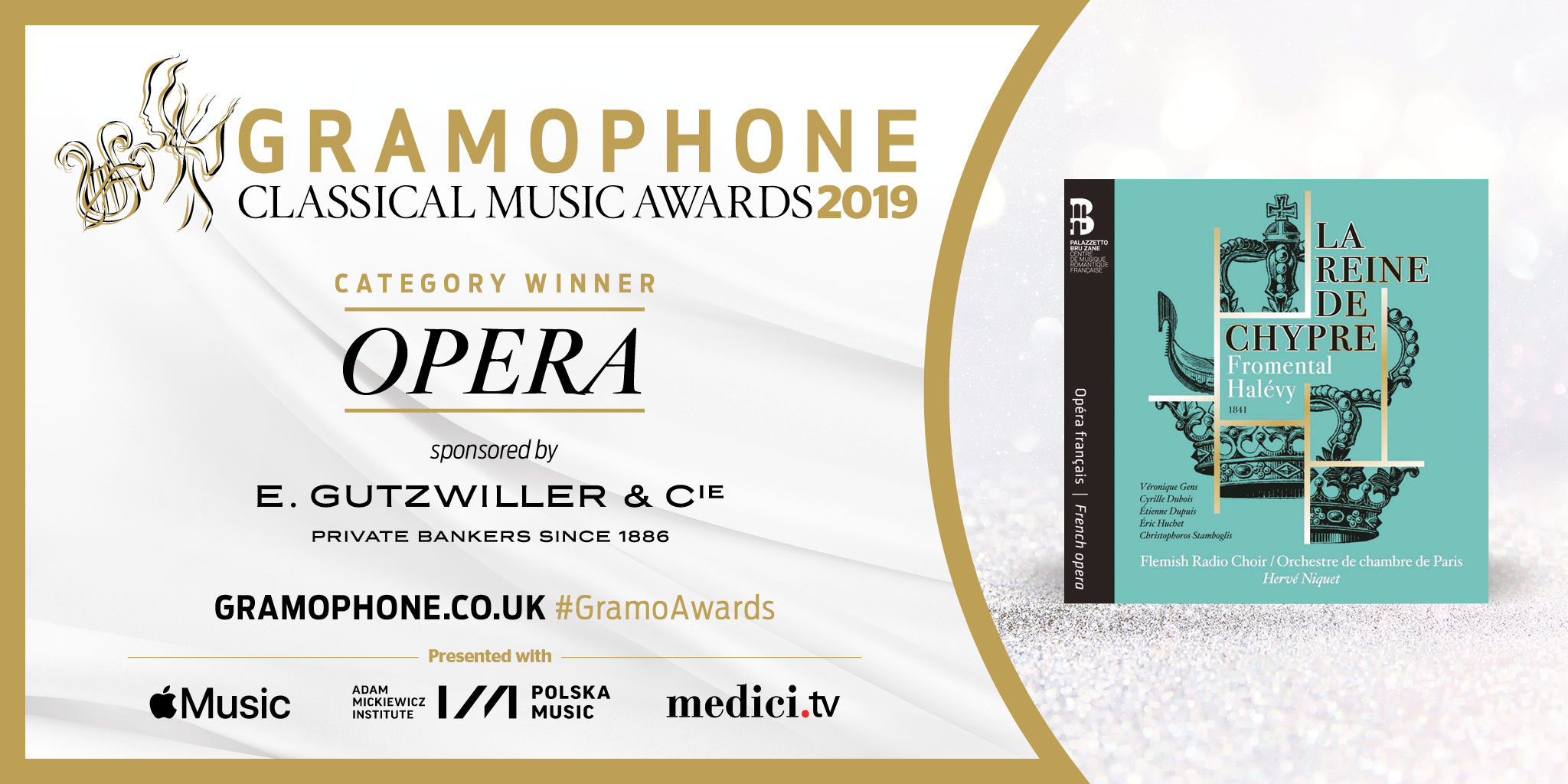 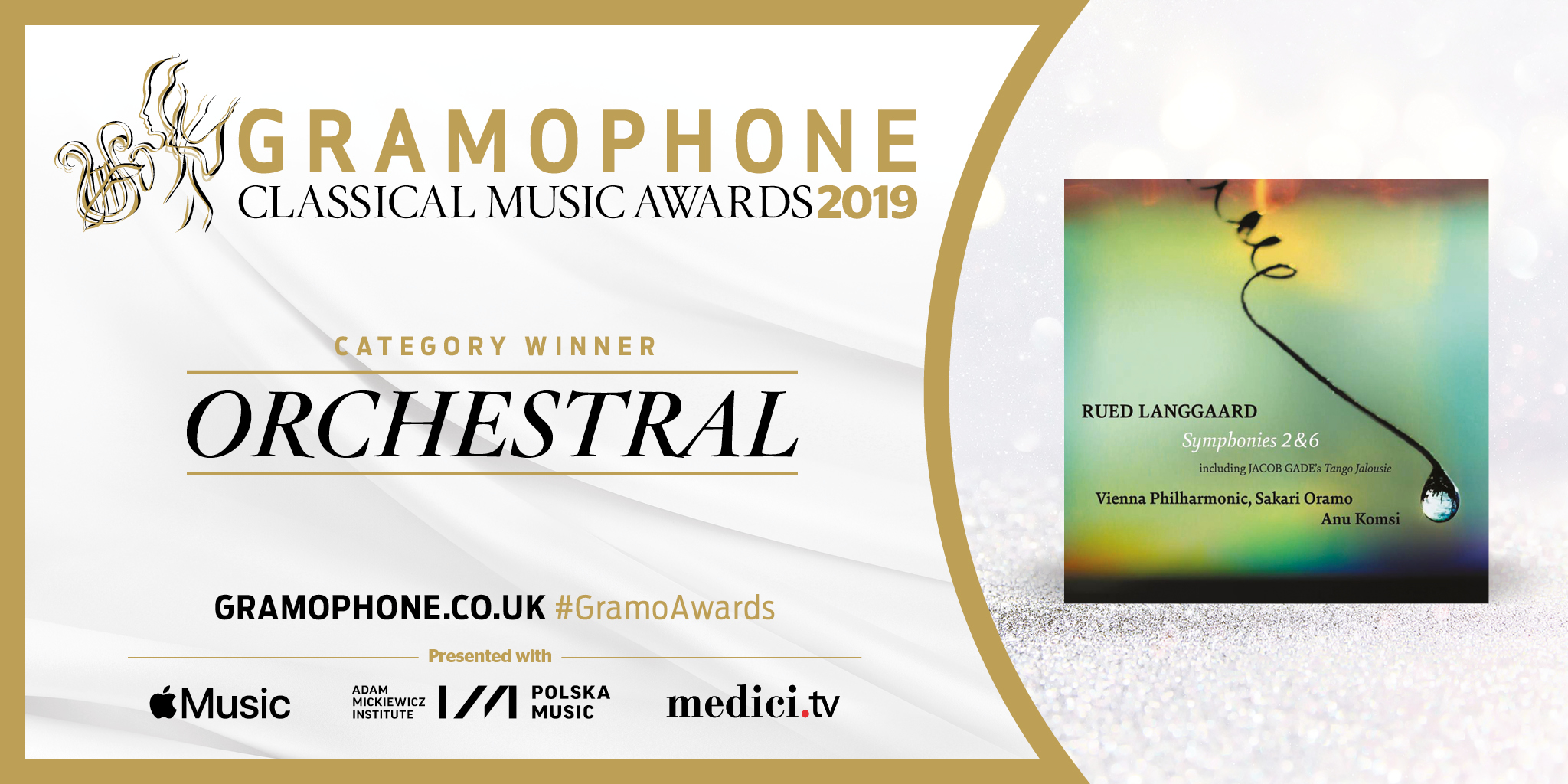 In a follow-up to its recording of Per Nørgård’s First and Eighth Symphonies (a 2015 Contemporary Award winner), the Vienna Philharmonic Orchestra under Sakari Oramo win this year’s Orchestral Award for Rued Langgaard’s Symphonies Nos 2 and 6 on the Dacapo label. Gramophone called this recording ‘A mandatory purchase for its interpretative insights, committed playing and tangibly realistic sound’. 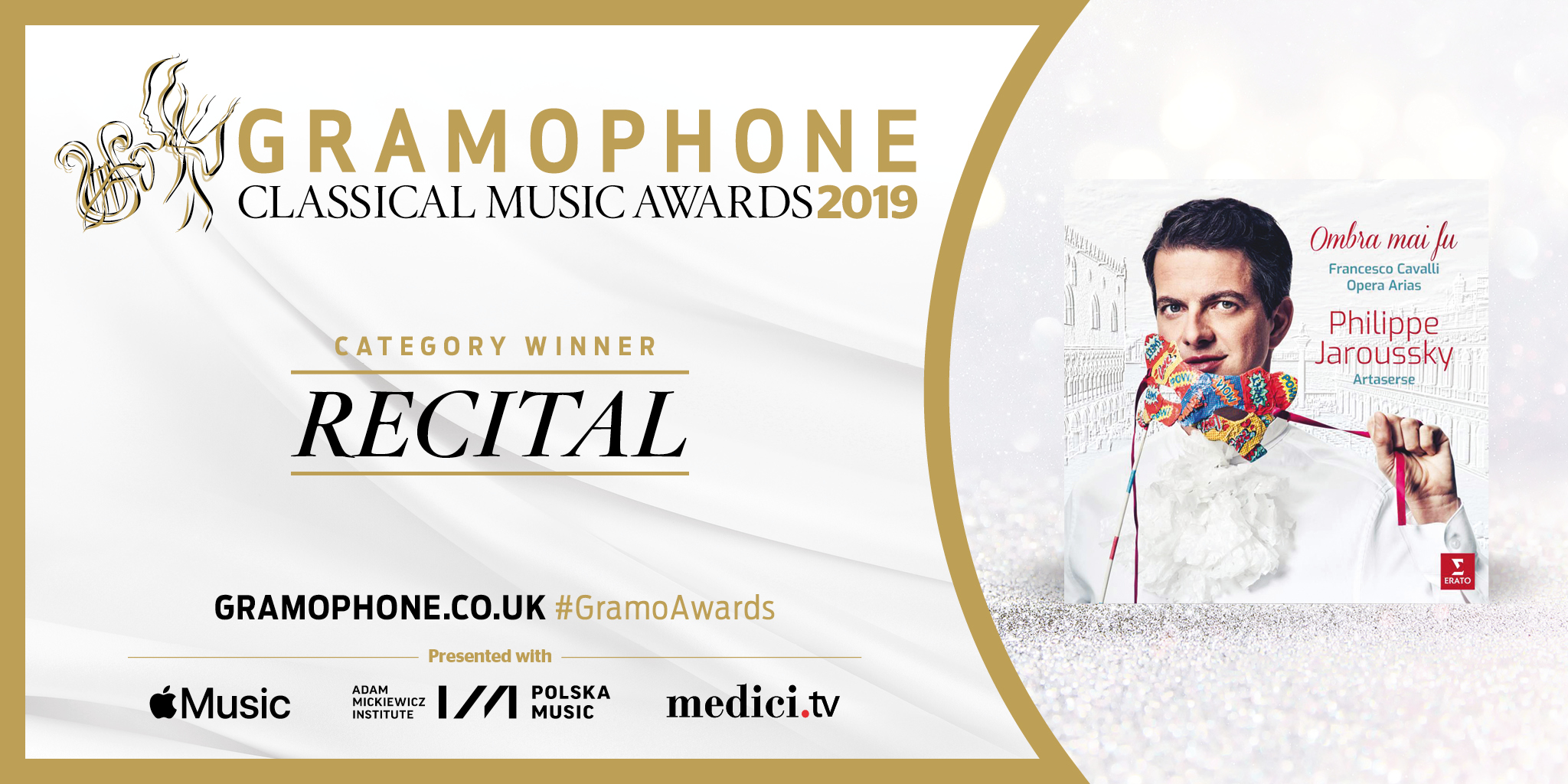 The Recital prize goes to countertenor Philippe Jaroussky and Ensemble Artarsere for their Erato recording of Cavalli opera arias, ‘Ombra mai fu’. Jaroussky is hailed as ‘at his best’ with pieces ranging from heroic showpieces to comedy numbers.

Christian Gerhaher and Gerold Huber triumph again in the Solo Vocal category (sponsored by Mrs Joan Jones), having won it previously in 2006 and 2015. Their winning recording of Schumann’s ‘Frage’ on Sony Classical features the six late Gesänge, Op 107, rarely heard together on record. Gerhaher’s voice is dubbed ‘extraordinarily beautiful’ throughout the programme, and Gramophone said, ‘this is an album to treasure and to savour – and to listen to again and again.’

For the fourth consecutive year, the Awards are broadcast free by Medici TV to audiences in more than 180 countries. Last year, more than 90,000 people tuned in from across the globe. The broadcast will also be available on Classic FM’s website and Facebook page, and on the Gramophone website until January 2020. The Medici TV stream is jointly sponsored by E Gutzwiller et Cie, Private Bankers, and IMG Artists.

The Gramophone Classical Music Awards are presented in association with Apple Music, the Adam Mickiewicz Institute and Medici TV.

Gramophone’s Awards issue, published on October 17, will contain full information on the Awards and this year’s winners.

Listen to this year's category winners

As a special offer to celebrate the awards, we’re giving away free copies of three category-winning recordings with all new subscriptions to Gramophone. Find out more and sign up here: magsubscriptions.com