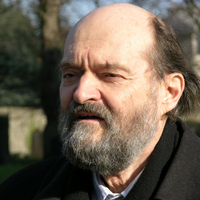 One of the most popular of today's composers, Arvo Pärt has said, ‘I have discovered it is enough when a single note is beautifully played. This one note, or a moment of silence, comforts me.'

One of the most widely performed and recorded composers of our time has been well-served in the studio... Read more

Peter Quantrill speaks to the composer who remains as much of an enigma as ever... Read more

A classic interview from the September 1996 issue of Gramophone, by Nick Kimberley... Read more

Until 1980, Pärt’s music was unknown in the West. Now he is something of a cult. By the time he emigrated to Vienna and thence to Berlin in 1980, Pärt had already had two careers as a composer, composing in the 12-tone system and experimenting with collage techniques; while working as a technician for Estonian Radio (1958-67) he wrote over 50 film scores. He finally abandoned these methods and underwent a voluntary period of compositional silence, during which he meditated and studied religion. His music emerged quite differently: ‘I have discovered it is enough when a single note is beautifully played,’ he has said. ‘This one note, or a moment of silence, comforts me. I work with very few elements – with one voice, with two voices. I build with primitive materials – with the triad, with one specific tonality. The three notes of a triad are like bells. And that is why I call it tintinnabulation.’ The result is music of undramatic, uneventful, monk-like simplicity.