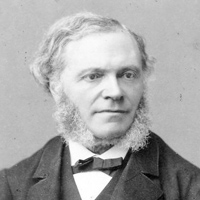 Has there ever existed a milder, more humble man who was also a great composer than César Franck? His ambitions were simple: to serve music and God with equal ­reverence.

Name a famous Belgian! Well, here’s one, even though he spent most of his life in Paris and became a naturalised Frenchman in 1873. Has there ever existed a milder, more humble man who was also a great composer than César Franck? His ambitions were simple: to serve music and God with equal ­reverence.

Franck began as a piano prodigy (he was 12 when his father sent him and his brother Joseph, a violinist, off on tour). After the Liège Conservatoire, he entered the Paris Conservatoire where his abilities to improvise and transpose on the organ and piano were legendary. Part of his first-year examination was to sight-read a concerto by Hummel. Some mischievous streak in him led him to transpose the entire thing at sight from A minor down to F sharp minor, an incredible feat.

Everything looked set for a successful and profitable career as a soloist – Franck’s tyrannical father wanted nothing else from his talented son – but Franck was not interested and settled down to a routine that would alter little for the rest of his life: rising at half past five to compose for two hours, teaching pupils all over Paris and playing the organ at various churches. He became organist at St Clotilde in 1858, a post he held for the rest of his life.

People remembered him rushing from one appointment to another through the streets of Paris, his overcoat several sizes too large for him, his trousers too short, the absent-minded, sweet-natured music professor to a T, untouched by the lack of worldly recognition. ‘He possessed the soul of a child,’ wrote Debussy. ‘The discovery of a beautiful harmony was sufficient to make him as happy as the day was long.’ He was adored by his pupils at the Conservatoire, where he was made organ professor in 1872. They included Lekeu (who died aged 24), Duparc, d’Indy, Chausson and Pierné.

His one taste of public success came in April 1890 with the premiere of his Quartet. Shortly after, he was on his way to a pupil when he was knocked down by a bus. Though he was able to carry on working – he even made it to the pupil’s house for the lesson! – his physical condition deteriorated and he died of pleurisy.