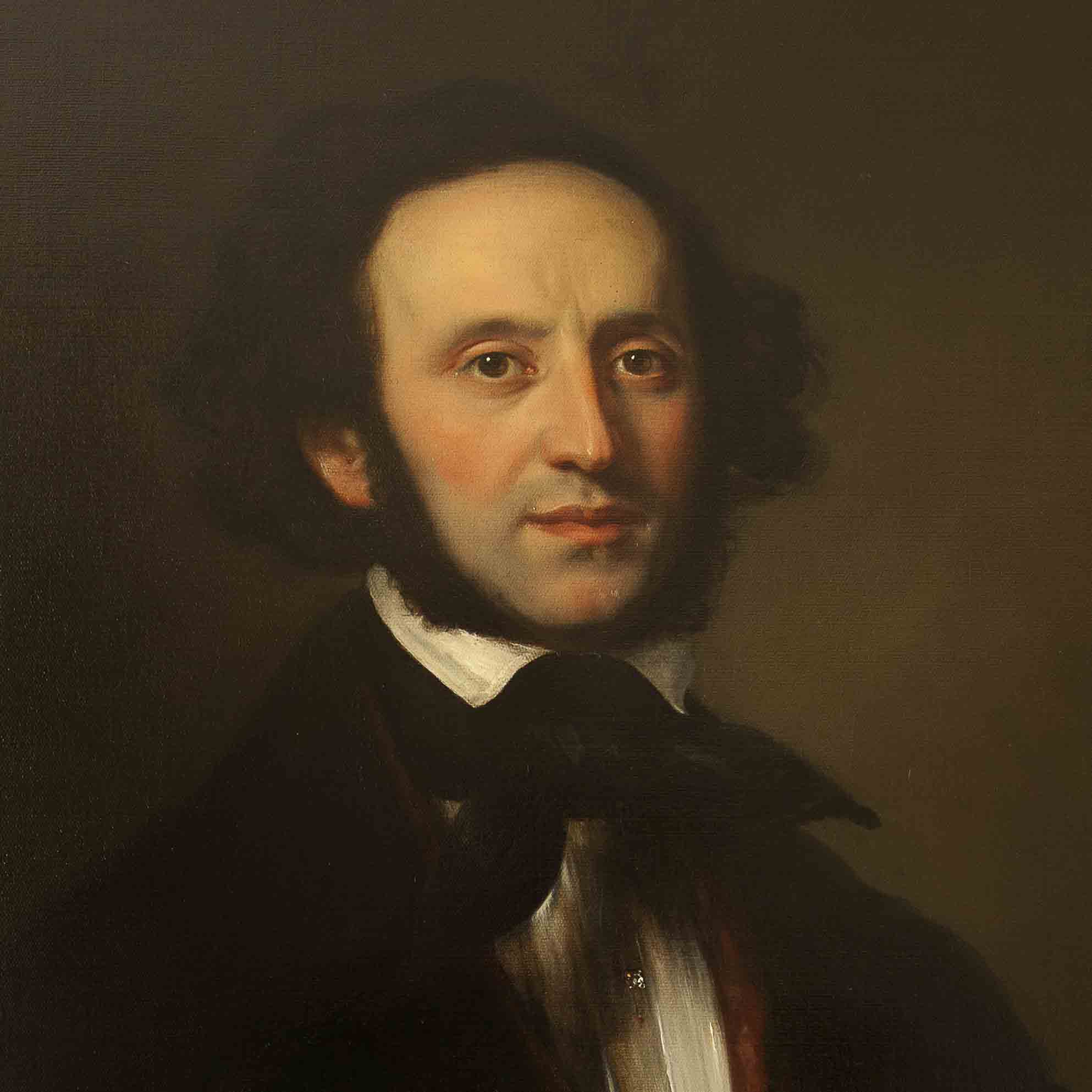 Mendelssohn is one of the 'Sunshine Composers' who, like Rossini and Saint-Saëns, wrote effortless, life-enhancing, optimistic music. 'Felix' is the Latin for 'happy' an auspicious choice for it reflects the character of the man and his music.

Peter Quantrill speaks to the conductor Pablo Heras-Casado about the challenges of Mendelssohn’s Symphony No 3 – a piece that ‘has everything’... Read more

Mendelssohn’s background was wealthy and cultured. Moses Mendelssohn, his grandfather, was a hunchbacked peddler who came to be one of Germany’s great intellectual figures of the 18th century, a philosopher whose sobriquet was ‘the modern Plato’. The talents of our Mendelssohn’s father lay elsewhere. He built up a powerful Hamburg bank and became a man of considerable wealth, while his wife provided the intellectual life of the family – a linguist, musician and gifted painter.

Both Felix and his sister Fanny proved to be exceptionally talented, studying piano, violin, languages and drawing from an early age. By the time he was nine, Felix was a good enough pianist to appear in public; at 10 he joined the Singakademie in Berlin (then under the direction of his teacher Karl Friedrich Zelter) and by 1821 he had composed several symphonies, two operas, fugues for string quartet and other works. In all this, he was encouraged by his parents (though not spoilt – Mendelssohn was made to rise at dawn each day for a full period of study) to such an extent that, when it was clear that music was going to be the boy’s future, Mendelssohn’s father decided to convert from the Jewish faith to Protestantism. He saw how many paths were closed to Jews in the musical world and he took both his children to be converted to Christianity. Later, he and his wife followed suit, adding ‘Bartholdy’ to their name to distinguish them from other Mendelssohns who were still Jewish.

The Mendelssohn house was always filled with the distinguished and influential. Great musicians would gravitate there for informal concerts, among them Weber, and when in 1821 Zelter took Felix to Weimar and introduced him to Goethe, the 70-year-old writer and the 12-year-old prodigy became firm friends. All who met the young Mendelssohn and heard him play left with jaws dropped – Spohr, Cherubini, Moscheles, all were incredulous. Here, without a doubt, was a second Mozart.

This was not fanciful, for by the time he was 16 he was composing music of far greater maturity than that which Mozart had written at a similar age: the overture to A Midsummer Night’s Dream and his Octet are extraordinarily assured and original.

Mendelssohn was only 20 when he conducted a performance of Bach’s St Matthew Passion at the Berlin Singakademie, an event which, more than any other, propelled a general revival of interest in Bach’s music. Not long after, he made the first of 10 visits to England, feted as a celebrity and conducting the premiere of his C minor Symphony before travelling to Scotland. This visit inspired his overture Fingal’s Cave and the Scottish Symphony, just as his subsequent tour of Italy provided the spark for his Symphony No 4 (Italian).

Established as one of the leading composers, conductors and pianists of the day, he accepted the appointment of musical director at Düsseldorf. This proved one of his few unsuccessful periods (his demands were too high, causing some hostility and resentment, and he left after six months). Within a year, though, and still aged only 26, he was made musical director of the famous Leipzig Gewandhaus Orchestra. During 1835 and the next five years, Mendelssohn turned the orchestra into the finest in the world. The care and concern over preparation and interpretation proved to be an evolutionary point in the history of conducting.

During a stay in Frankfurt he met and fell in love with the 17-year-old daughter of a French Protestant clergyman, Cécile Jeanrenaud. They were married in March 1837 and enjoyed an idyllically happy life together with their five children. In 1840 the King of Prussia appointed Mendelssohn the head of the music department of a projected academy of arts in Berlin. In the end, the idea came to nothing but it gave him the chance to realise one of his dearly held ambitions – to found a conservatory in Leipzig. The King of Saxony gave his permission and the Leipzig Conservatory opened in April 1843, with Mendelssohn and Schumann teaching piano and composition, and Ferdinand David in charge of the violin department.

Mendelssohn was now working at a furious pace – conducting, teaching, composing, giving concerts – and his health began to suffer. Pains in the head and abnormal fatigue kept recurring. He was in Birmingham for the premiere of his oratorio Elijah in August 1846 (one of the greatest receptions of his career) before returning to Leipzig, followed by a further visit to England in the spring of 1847. Here he played yet again for Queen Victoria, his longtime and fervent admirer.

In May, news reached him that his beloved sister Fanny had died suddenly. The loss of his lifelong companion had a devastating effect on Mendelssohn. Hearing of her death, he became unconscious, rupturing a blood vessel in the head. He only ever partly recovered, for all the life went out of him; he began suffering terrible depressions and agonising pain. Less than six months later, he too was dead. He was 38.