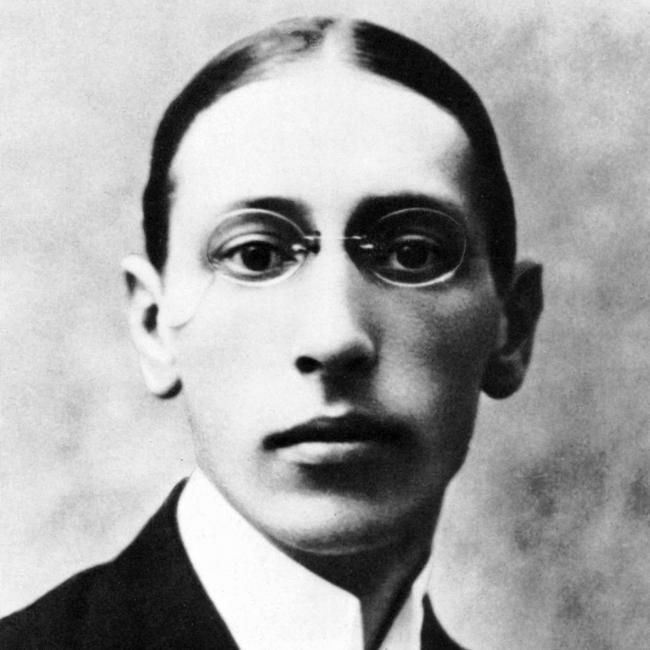 From 1910 to 1945, Stravinsky was the single strongest influence on contemporary music. His early ballets – The Firebird, Petrushka and The Rite of Spring – alone were enough to secure his place among the greats.

Stravinsky was one of the most important and influential of all 20th century composers. Here we list ten of our favourite recordings of his masterpieces... read more

Fifty years after the composer’s death, Riccardo Chailly and Teodor Currentzis talk to Peter Quantrill about what can – and can’t – be learnt from Stravinsky’s own recordings... read more

The filmmaker recalls how tea at The Savoy led to making a Stravinsky centenary tribute... read more

Stravinsky’s father sent him to study criminal law and legal philosophy at St Petersburg University in 1901. Through his friendship with Vladimir and Andrei Rimsky-Korsakov, two sons of the great composer, Stravinsky became a family friend and a frequent visitor to Rimsky’s house. With Feodor Stravinsky’s death in 1902, Igor began taking lessons (free of charge) in orchestration from Rimsky, who became something of a father figure to the young man. These lessons and his own study of counterpoint were the only formal musical studies Stravinsky undertook – he never went to a music conservatory or graduated with a degree in music. His early progress as a composer was unusually slow and Rimsky-Korsakov was hesitant in encouraging his young friend to become a full-time composer. To celebrate the wedding of Rimsky-Korsakov’s daughter, Stravinsky wrote an orchestral fantasy called Feu d’artifice (Fireworks). His adored teacher died a few days after the wedding.

If Stravinsky believed in Fate then he was well rewarded, for in 1909 his Feu d’artifice and his Scherzo fantastique were given in a concert in St Petersburg. In the audience happened to be Serge Diaghilev, the ballet impresario, founder of the Paris-based Ballets Russes and one of the great talent-spotters of musical history. He commissioned Stravinsky to write a ballet score for him. The result was The Firebird. It was presented at the Paris Opéra in 1910 and made Stravinsky famous overnight. Almost immediately, Diaghilev persuaded him to write a second score, another ballet, another work for the musical theatre – the world in which Stravinsky had been brought up. Petrushka provided him with a second triumph. It also marked a turning-point in 20th-century music with its electric rhythms, novel instrumental textures and daring polytonality. These innovations marked an extraordinary development in a composer who only four years earlier had produced such inexperienced and technically deficient works as the Symphony in E flat. Now he was hailed among the most significant of living composers, a fashionable icon in the avant-garde of Paris.

This success, this revolution, was as nothing compared with the third masterpiece commissioned by Diaghilev. The premiere of The Rite of Spring at the Théâtre des Champs-Elysées in Paris on May 29, 1913, created possibly the biggest scandal in musical history. Exotically choreographed by Nijinsky with bizarre settings and costumes (by Roerich), the first night ended in a riot, so violent was the reaction to the music. Catcalls and stamping feet from detractors threatened to drown out the music, while musicians like Ravel and Debussy were on their feet yelling their support. The reception of The Rite of Spring at its London premiere in July 1913 was better mannered but savaged by the critics. Acceptance of the sound world of The Rite came slowly but inevitably. By 1940 it was so much part of the standard repertoire that it was included in Walt Disney’s Fantasia – along with Beethoven’s Pastoral Symphony and Tchaikovsky’s The Nutcracker.

Two more ballets followed The Rite (Le rossignol and Les noces) in which he used smaller orchestral forces. Then came the revolution of 1917 and Stravinsky’s life changed irrevocably. He and his wife (he’d married his cousin Catherine Nossenko in 1906) had moved to Switzerland for health reasons but, when it was clear that his property in Russia would be confiscated and that his royalties would dry up, Stravinsky opted for voluntary exile in Paris.

After the war, Diaghilev once again prevailed upon Stravinsky to produce another ballet. Pulcinella (1920) marked the beginning of a second stage in his musical development. The themes on which the music was based were from the 18th-century composer Pergolesi and other Italian contemporaries. Not only was the material ‘classical’ but the form in which this and future works were conceived relied on old structures which had fallen out of fashion; the Piano Concerto followed, and the Octet for wind instruments. These are far removed from the luxuriantly orchestrated, ferocious pre-war scores, which he abandoned in favour of what we now call ‘neo-classicism’.

Parallel with his career as a composer, Stravinsky, obsessed with earning enough money, produced a number of keyboard works in which he could be a capable soloist, and travelled all over Europe, North America and South America in the two decades after the First World War. This was the period of Oedipus Rex (1927), an opera/oratorio, the Symphony of Psalms (1930) and the ballet Perséphone (1933). In 1934 he became a French citizen but by the end of the decade Stravinsky was tiring of Europe. With the Second World War inevitable, Stravinsky accepted an invitation from Harvard University to take a professorship and in 1939 he moved to America, joined shortly after by his longtime mistress Vera de Bosset – he’d been in love with her since 1922. They were married in 1940 and became American citizens shortly after the end of the war.

In 1948 he agreed to return to the theatre by writing a full-scale opera. With a libretto by WH Auden and Chester Kallman based on a series of paintings by Hogarth called The Rake’s Progress, the composition took Stravinsky three years. It was premiered in Venice in 1951, the composer conducting. This proved to be almost the last work in the neo-classical style he had made his own for the previous 30 years for, while working on The Rake’s Progress, he was introduced to a young man named Robert Craft, a young American musician in his early twenties. Craft became his musical factotum and also introduced Stravinsky to recordings of the works of Schoenberg and the Second Viennese School. Stravinsky had always opposed serialism – in fact, though he and Schoenberg were near neighbours in Hollywood, they never met. Now he began cautiously to experiment with the technique. Thus began the third period of his development, producing his first composition in the new form at the age of 75 (Agon, 1957). It must be said that little of the music from this last period has found any favour with the public.

With Craft’s help, Stravinsky was able to resume worldwide touring and in 1962, just before his 80th birthday, he made a triumphant return to Russia. Soon after, his music, long denounced by the authorities, began to be played there. His last major work was the Requiem Canticles (1966), after which ill-health slowed him down; but throughout the decade he was feted as few other musicians in history, universally acknowledged as the greatest living composer. In 1966 he moved from Hollywood to New York, where he died in 1971. A few weeks later his body was flown to Venice, where he was buried on the island of San Michele, near the resting place of Serge Diaghilev.