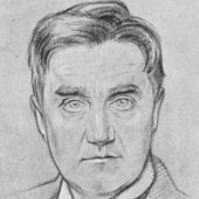 Vaughan Williams's The Lark Ascending, Fantasia on 'Greensleeves' and Tallis Fantasia are amongst the most popular works by any British composer, but it is in his nine symphonies that we feel the true substance of a composer who was far more than a mere painter of beautiful scenes.

Vaughan Williams's The Lark Ascending – which recording is best?

Down Ampney, the picturesque Cotswold village of Vaughan Williams’s birth, is also the hymn-tune to which we sing ‘Come down, O Love divine’ . With or without the words, it provides a perfect evocation of a village church in the tranquil English countryside. That, the tune Sine nomine (‘For all the saints’), Monks Gate (the folk tune he named after the place near Horsham, Sussex, where he first heard it, to which he set the words ‘Who would true valour see’) and his arrangement of the Old 100th Psalm Tune (‘All people that on earth do dwell’) may be his most-performed music. They define the ‘English’ part of the Church of England.

He was related to a distinguished family of lawyers on his father’s side and to both Charles Darwin and Josiah Wedgwood on his mother’s. He was brought up in the home of his maternal grandfather in Surrey, after his clergyman father died young. Music studies began at an early age with piano and violin, and continued through his schooling at Charterhouse. Indeed, his studies were nothing if not protracted – he was fortunate in having a private income – for, after the Royal College of Music, he took a MusB and BA at Trinity, Cambridge, returned to the Royal College for lessons with Stanford, took off for Berlin for further study with Max Bruch and in 1908 at the age of 35 – still dissatisfied with what he was doing – went to Ravel in Paris for (as he put it) ‘a little French polish’.

After all this – conservative English and German instruction, plus modern French orchestral technique – Vaughan Williams emerged as an adventurous, unmistakably English composer with a distinct voice of his own. His discovery in the early 1900s of English folksong, through the recently formed English Folk Music Society, focused his style. VW and Gustav Holst, his lifelong friend whom he’d met at the Royal College, went out seeking the source of their country’s folksongs; many had never been written down before and the cataloguing and research that VW and Holst undertook in this area was of considerable cultural significance. His music now took on a different character. Apart from war service (for which he volunteered, although over 40), Vaughan Williams devoted the rest of his long life to composition, teaching and conducting.

Vaughan Williams worked on into old age with undiminished creative powers – his Eighth Symphony appeared in 1955 (the score includes parts for vibraphone and xylophone) while his Ninth, composed at the age of 85, uses a trio of saxophones. After his wife’s death in 1951, he married the poet and librettist Ursula Wood at the age of 80 and moved from his home of many years (The White Gates, near Dorking in Surrey) to a house in London’s Regent Park. He was a familiar sight at the capital’s concert halls and opera houses, his bulky figure, snowy white hair and old-fashioned hearing aid doing nothing to detract from his role as the Grand Old Man of English music.