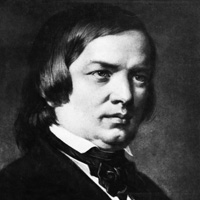 Schumann is a key figure in the Romantic movement; none investigated the Romantic’s obsession with feeling and passion quite so thoroughly as him.

A journey inside Schumann's concertos and trios with Isabelle Faust, Alexander Melnikov and Jean-Guihen Queyras

Faust, Melnikov and Queyras are seeking to change perceptions of Schumann by recording the trios and concertos on period instruments, finds Harriet Smith... Read more

The complicated musical genius of Robert Schumann, by Steven Isserlis

Schumann remains one of the most misunderstood of all composers. Cellist and Schumann devotee Steven Isserlis peers behind the myths... Read more

Mendelssohn, Chopin, Schumann, Liszt, Verdi and Wagner were born within four years of one another; composers were still writing music under their influence 100 years later.

Schumann’s father was a Saxon bookseller and publisher, well-to-do and cultured. Robert was his fifth child and, though he and his wife were not musical, they encouraged their son’s musical talents and at the age of 10 he began piano lessons. For a career, however, he was persuaded to study law and dutifully travelled to nearby Leipzig where, at the same time, he began piano lessons with his future father-in-law, Friedrich Wieck.

On the early death of his father, he persuaded his mother and guardian to allow him to study music and the same Friedrich Wieck was recommended. So he returned to the Wiecks’ house, where he lodged and boarded, determined to become a world-famous virtuoso like Wieck’s talented young daughter Clara. Schumann’s mature career as a composer dates from about this time. In 1832 he developed some sort of ailment in the index and middle fingers of his right hand. He tried all the fashionable remedies available including, fatally, a mechanical device which purported to help strengthen and lift the middle finger. It left his right hand permanently crippled, so much so that it exempted him from military service – but it also put an end to his ambitions as a concert pianist.

Throughout the 1830s, Schumann’s career as a composer slowly grew while he also developed his literary activities. In 1834 he co-founded a progressive journal, the Neue Zeitschrift für Musik, which fulminated against the vapid salon music of the period. His sharp and perceptive writing made him one of the foremost critics of the day, the first German critic to recognise Chopin, among the first to champion Berlioz and predict Brahms’s greatness. Sometimes his judgements have proved to be askew but, by and large, Schumann’s musical criticism was as fine as the style and objectivity with which he wrote.

He also translated his journalistic and musical convictions into real life, as it were. He formed an association of intimate friends which he named Davidsbündler: David against the Philistines, a group that would oppose philistinism in the arts and support passionately all that was new and imaginative. (Schumann immortalised this in his piano work Davidsbündlertänze.)

Perhaps surmising that Schumann was an unstable character, Friedrich Wieck violently opposed the relationship between Robert and Clara, and his actions over the following seven years won him a place in music history, not as the obscure teacher of a great composer or as the father of a great pianist (which Clara would become) but as the disagreeable father-in-law who thwarted Young Love. He forced the couple to separate, opened their love letters and initiated a campaign of personal vilification against his former pupil, so set was he against his daughter’s marriage.

The affair ended in court, judgement went against Wieck and the happy couple were married the day before Clara’s 21st birthday. Schumann’s career as a composer clearly entered a new stage: in 1840 alone he wrote over 100 songs and in 1841, during the space of only four days, he sketched out his Symphony No 1, the ‘Spring’ Symphony. Many other masterful works followed rapidly but, though Clara was intensely ambitious for her husband, the two of them found it hard to balance the need for a pianist to practise and a composer to work in silence. On tour, he found it galling to be introduced at times as ‘the husband of Clara Schumann’ and returned home before her from a concert tour of Russia in 1844. His mental health began to fail; he resigned from the teaching post Mendelssohn had created for him at his new conservatory in Leipzig, and in 1844 the Schumanns moved to Dresden. The great Piano Concerto was composed here, the Second Symphony, more songs, but from the late 1840s it was clear that Schumann was becoming increasingly unstable.

In 1850 he accepted the post of director of music in Düsseldorf. It proved to be a disaster. Schumann was no conductor, a talent which the position pre-eminently demanded, and together with his natural reserve (Liszt and Wagner found him boring) now exaggerated by his inability to communicate and, at times being unaware of his surroundings, he was forced to resign.

Aural hallucinations were now accompanied by visions of demons and angels, and on February 27, 1854, he tried to kill himself by drowning in the Rhine. He was rescued and placed at his own request in an asylum at Endenich near Bonn. Here, Brahms was one of the few welcome visitors. Schumann lived on in this unhappy state for a further two years. He died in Clara’s arms and was buried the next day in Bonn. Opinions vary as to whether the cause of his final illness was tertiary syphilis, sclerosis of the brain (his own doctor’s verdict) or dementia praecox.