Here are 10 of Alfred Brendel's most outstanding albums, from the early recordings to the farewell concerts

You can listen to tracks from each of the 10 essential albums as you read with our Apple Music playlist: ‘Alfred Brendel's playing of the Beethoven Piano Concerto No 5 in E flat (Emperor) is remarkable for the freshness of his approach to familiar music. It is as if he has forgotten all the many performances he must have heard and restudied the score again from the beginning, It is a performance full of strength and admirably supported by the Vienna Pro Musica conducted by Zubin Mehta. The good, clean recording suits the style of the playing splendidly.’ WA Chislett ‘Here's a perfectly lovely record. Had Mme Schwarzkopf made nothing else it would in itself be enough to establish her as a great artist. Listen to the recitative of the first concert aria (K505), what expressiveness! And then when the Rondo begins, with a beautiful piano obbligato by Alfred Brendel, how meaningful and moving becomes the graceful, limpid tune. So it goes throughout: perhaps ‘Vado, ma dove?’ is the most completely realised Mozart in her repertory.’ Philip Hope-Wallace ‘There is much to glory in here. His Schubert, for instance. The final sonata was a moving choice in itself and the performance is all that you would expect: there’s no grandstanding, no inordinately extreme tempi (à la late Richter) but throughout there’s the sense that Brendel understands every aspect of Schubert’s late masterpiece, has pondered it deeply, but the result is anything but ponderous. It starts so naturally it’s as if you walked in on his performance, mid-stream, so to speak. The weighting of individual chords, the underlying pulse, the tempo – all grow from a decades-long familiarity. In the Andante sostenuto – and in the slow sections of the Beethoven sonata too – Brendel spins the musical line quite beautifully. It’s a reminder that, for all his reputation as a cerebral musician, he’s by no means a cool player. Beauty per se may not be his ultimate aim, but listening to the Schubert G flat major Impromptu, and the way he picks the melody out of the air, it’s impossible to remain unmoved.’ Harriet Smith 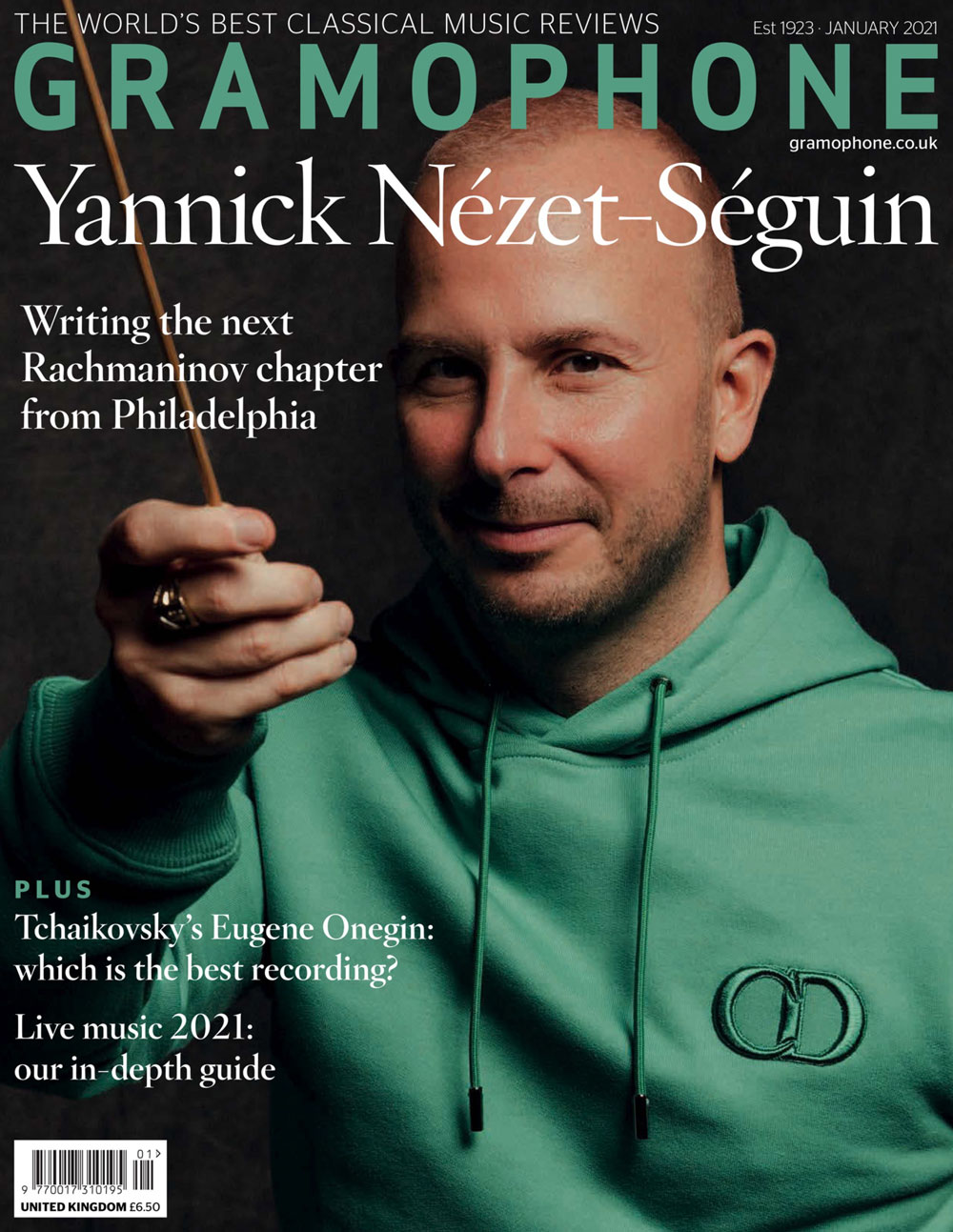 ‘Brendel's steady illumination of Haydn is a delight. He is at once a scrupulous and a robust interpreter, setting out from a careful reading of the text to seek the most vivid projection of Haydn's ideas—and I admire especially the way he allows boldness, even daring, to play a part in the search. The playing is alive with a feeling of spontaneity and the capricious side of Haydn is served as generously as the rest of him.’ Stephen Plaistow ‘His interpretations have the right sort of bleak and oblique eloquence, the pieces often being short but their effect in his hands monumental. The Philips recording gives a true feeling of the instrument's presence, as in "Sunt lacrymae rerum", for example, and the fact that late Liszt is never likely to be the subject of widespread enthusiasm should not conceal the fact that this is a great and glorious issue.’ Max Harrison ‘Brendel's playing in these early concertos recalls his fine recordings of the early sonatas and the early and late Baga/el/es (Philips , 1198), but it is as a private person impatient with the conventions and frock-coated formalities of the concertos as 'public'works. (It is not for nothing that the cadenzas shine so brightly out . particularly the astonishing and anachronistically late third cadenza Brendel uses in the first movement of the First Concerto.)’ Richard Osborne ‘Goerne and Brendel form one of the great Lieder partnerships of the day. The sympathy between them goes beyond skilful ensemble, and beyond shared enjoyment of the wealth of illustration in Schubert, into a deep understanding of the poetry as he composed it. There is no surprise that these two thoughtful artists should produce powerful performances of the most inward-looking Heine songs – the suffering power of ‘Der Atlas’, the misery from which the harmony allows no escape in ‘Die Stadt’, the terror of ‘Der Doppelgänger’. In its beauty, their shared phrasing springs from an understanding of the meaning of each poem, so that the lighter ones are scarcely less affecting. ‘Das Fischermädchen’ has a slightly knowing lilt, catching Heine’s typical irony in the girl’s false wooing. In ‘Der Abschied’ Goerne’s young man sings happily as he sets off while Brendel’s merry trot tells us that the horse has caught his mood. Their mutual understanding completely solves such a difficult song as ‘Kriegers Ahnung’.’ John Warrack ‘One might have thought the B flat Sonata's combination of powerful thinking and intimate expression would suit Rubinstein very well, but, although his playing is always wonderfully musical, and exhibits superb pianism, he leaves an oddly external impression of the first movement. Less well recorded in this work than his rivals, Kempff plays this Molto moderato as in the manner born; yet it is rather understated, presumably as a consequence. Brendel's reading seems to be on an inherently larger scale, and his interpretation – of this movement, particularly – shows uncommon flexibility, in pianistic and other terms: there are moments of nearly monumental power and these are reconciled with playing which has the most exquisite nuances. In the Andante Rubinstein is, again, touching, but these profound measures ought to be more than that, and although Kempff gets their air of settled resignation very well, Brendel's, I feel, is a more complete realisation of this movement's shapes and shadows. It is the same in the finale. Kempff is a bit prosaic in places, Rubinstein plays with a most agreeably pointed grace, yet Brendel's is the most comprehensive view, at once underlining its variety and its unity.’ Max Harrison ‘In K467 Brendel is at his compelling best. As is probably widely known by now, his unusually quick tempo in the first movement gives the music an opera buffa feel, enhancing the brilliance of the piano figurations without in any way compromising the innate grandeur of Mozart's conception. Those who do not much care for Brendel's playing often cite what they take to be unalluring piano sound; yet his account of the slow movement of K467 is wholly alluring, the melody exquisitely placed and traced, the quiet pulse or the left-hand accompaniments touched in with a lambency of tone which even Edwin Fischer might have wondered at.’ Richard Osborne ‘So do we need another account of the Schumann from Brendel? Yes, when it’s this fine – caught on the wing in the company of the VPO and Rattle in 2001. The orchestral playing is predictably superb, from the solo oboe onwards, with the strings finding myriad colours and shadings. Rattle and Brendel mould a reading that ebbs and flows with complete naturalness. There’s no place for extremes of tempo here; instead, Brendel lets the score be his guide, and the moments where he becomes accompanist are wonderfully subtle. There are odd noises off – at 3'14" in the first movement it sounds as if someone is jangling a pocketful of change – but the distraction is momentary. The aptly flowing second movement possesses a clear-sighted beauty that makes up for the fact that Brendel is not at heart a colourist, and the give and take between soloist and orchestra is utterly genial. The finale treads a middle ground – not as frantic as some readings but with a real one-in-a bar feel that makes it fizzingly alive, Brendel relishing the moments of contrasting delicacy to fine effect.’ Harriet Smith

Alfred Brendel at 90: a podcast

The great pianist talks to Gramophone to mark this major birthday Alfred Brendel, one of the world’s great pianists, gives his final interview to Stephen Plaistow as...