When it comes to the music of this admired Scottish composer, it’s all about the drama below the surface, writes Kate Molleson 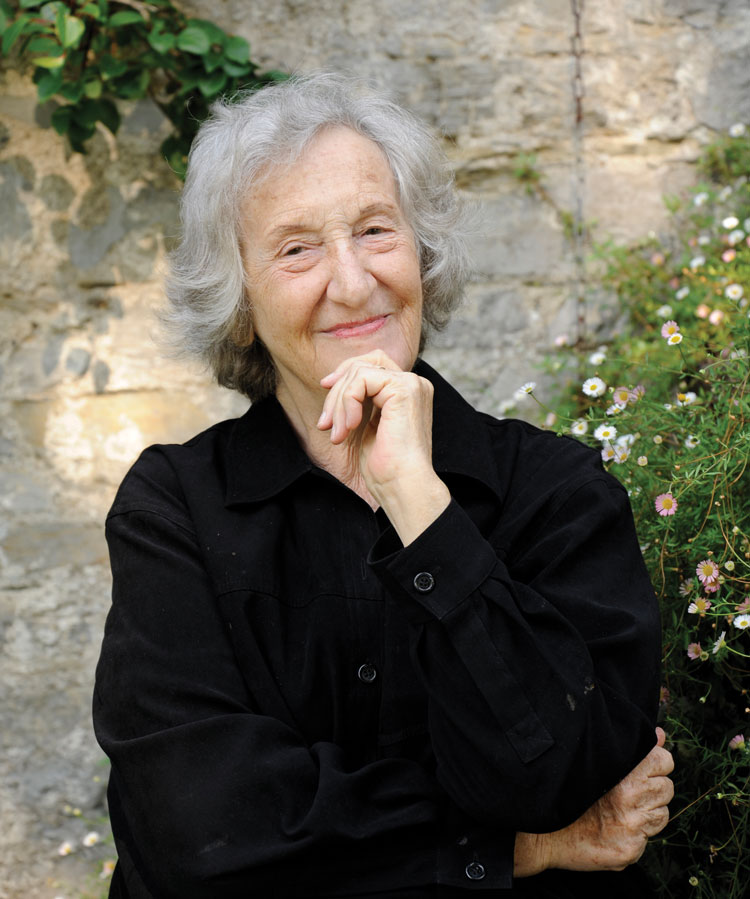 Asked once whether she had any advice for young composers, Thea Musgrave replied: ‘Don’t, unless you really have to; then you’ll do it anyway.’ Musgrave – the Scottish composer, conductor, pianist and teacher who turns 90 this month – has lived by her own advice. There’s a clear-sighted rationality to her approach, to the way she speaks about her music, to the way she adheres to deadlines and writes practical, non-fussy scores that endear her to commissioners and orchestral musicians.

But beneath the pragmatism, Musgrave’s music is all about drama. Whether in her searingly perceptive operas or her non-narrative instrumental works, she has long been fascinated by the innate drama of human behaviour: the psychological dance of conversation, interaction, confrontation and appeasement. She’s a composer who recognises that music mirrors life, that music can shape the way we live, that the emotional and even physical makeup of musicians is integral to the impact of any performance. To put it simply, her work speaks directly and compassionately about all of us. ‘There are basic human truths,’ she says, and it is those truths that she probes in her music.

Born in an Edinburgh suburb (Barnton) on May 27, 1928, she studied at the University of Edinburgh, where she was strongly influenced by the legacy of Donald Francis Tovey and his belief that meaning in classical music comes from the internal evidence of the music itself: in other words, that there’s more than enough drama in the way notes relate to each other without grafting on some kind of external programmatic narrative.

After graduating, Musgrave trod the path of so many 20th-century composers. She was offered a scholarship to study at the Paris Conservatoire with Nadia Boulanger, whose fastidious ear and fierce attention to craft founded in Musgrave a lifelong propensity for clarity, especially when it comes to orchestration. She looks back fondly on her time in France. ‘There was such a positive feeling of hope and freedom in Paris right after the war’, she says, ‘that I have always considered myself to be lucky to be there at that specific moment. Coming after the horrors of the war and the occupation, it was easier to speak about important things.’

Musgrave spent four years in the French capital, during which time her music began to turn heads back home. Those student works often tended towards a Scottish folk influence: the Suite O’ Bairnsangs (1953), for example, which is a collection of children’s songs commissioned by a festival in Braemar and setting the Scots words of poet Maurice Lindsay. In 1954, Musgrave returned to Edinburgh to serve a composing apprenticeship; in 1955, her Cantata for a Summer’s Day marked her Edinburgh International Festival debut, while early orchestral works – Obliques (1958) and the Scottish Dance Suite (1959) – were premiered by the BBC Scottish Symphony Orchestra. Meanwhile the London scene seduced her south. Eventually she relocated and wrote works of unapologetic complexity for the Proms and the new Royal Festival Hall.

As a teacher, Musgrave is committed and holistic. A typical class requires each student to defend why a symphony should be commissioned in place of funding a new hospital ward. In the early 1970s, she was invited to take up a guest professorship at the University of California, Santa Barbara – it was an offer that proved life-changing. The university commissioned a new work to mark an important date in the academic calendar. Musgrave wrote an Elegy for the finest musicians at the university: the cellist Geoffrey Rutkowski and the viola-player Peter Mark. The next year she married Mark. The couple returned to the UK for a spell – London, then Manchester – but when Mark was asked to help set up a new opera company in Norfolk, Virginia, Musgrave encouraged him to jump at the chance and they have lived together in the USA ever since. Nearly half a century later, her accent floats somewhere in the mid-Atlantic.

What about her music? ‘I was never part of an ideological group of composers’, she says, ‘but was close to a few composers who are very important to me personally.’ She names Richard Rodney Bennett and Iain Hamilton. There’s the distinct mark of Charles Ives, too, from whom she learned about dramatic set-ups and juxtapositions. After testing the waters of serialism, she returned to essentially tonal harmonies, with plenty of room for manoeuvre. She’s written works with electronics – 1987’s Narcissus, for example, for flute and digital delay system. But regardless of forces or harmonic language, Musgrave’s greatest skill is in her sense of dramatic tension and pacing.

‘I tend to think of music as drama,’ she says, ‘moving from one place to another and usually through some kind of conflict. That is why I feel opera is so natural for me.’ And indeed: her operatic works are gripping, unflinching portrayals of three-dimensional characters who seem to breathe and feel and mess up like the rest of us. After her early stage works – The Abbot of Drimock (1955), The Decision (1965), The Voice of Ariadne (1972-73) – it was her vision of Mary, Queen of Scots in the opera of the same name that shot her to international repute. ‘I’m the right person to write about that,’ she later reflected. ‘I’m a woman, I was educated in France, I’m a Scot.’ She conducted the premiere at the Edinburgh International Festival and the potency of her compassion for the young Mary – newly returned to Scotland as a widow, a Catholic queen in a Protestant country – hit audience and critics hard. That intense empathy and sense of justice would be a common thread in her operas to come.

Over a career spanning 60 years and counting, Musgrave has turned to myriad inspirations, from literature to visual arts to nature. The resounding commonality – even in her absolute music – is her sense of drama, whether in small gestures or broad structure or grand message. She coined a term for it: the ‘dramatic-abstract’, whose inspiration literally came to her in a dream. ‘I was conducting’, she later recalled, ‘and a member of the orchestra suddenly stood up and got agitated. I thought, “What am I going to do?” Then I woke up, and laughed.’ This dream occurred in the 1960s. The following day she received a letter from Birmingham asking for an orchestral work. ‘When I came to write it, I decided to have a player stand up and agitate.’

It’s no surprise that Musgrave is drawn to concerto form. The dynamics between the one and the many are a gift for setting up scenarios of conflict and resolution. In the once-notorious Clarinet Concerto (1968), she uses the soloist as a troublemaker, roaming through the orchestra, reading off rank-and-file music stands, rallying groups of musicians then wandering off to form rival allegiances elsewhere. In the Horn Concerto (1971), offstage orchestral horns surround the audience and answer the calls of the soloist in voices that are flippant and mocking. They stage noisy coups. They distort. At the premiere, one critic asked, ‘Do they have to lock the doors to stop people leaving at the sound of this contemporary music?’ The soloist Barry Tuckwell replied, ‘There’s a horn player at every exit so no one can leave!’

And yet Musgrave’s works have a solidity that keeps the volatility from toppling into chaos. She often starts working from a moment of craziness, like that dream in the 1960s, then builds a framework. Call it risk control, call it playing safe, but the point is this: the crazy spark remains at the heart of Musgrave’s music, while the robust, impeccable frameworks allow us to get close. 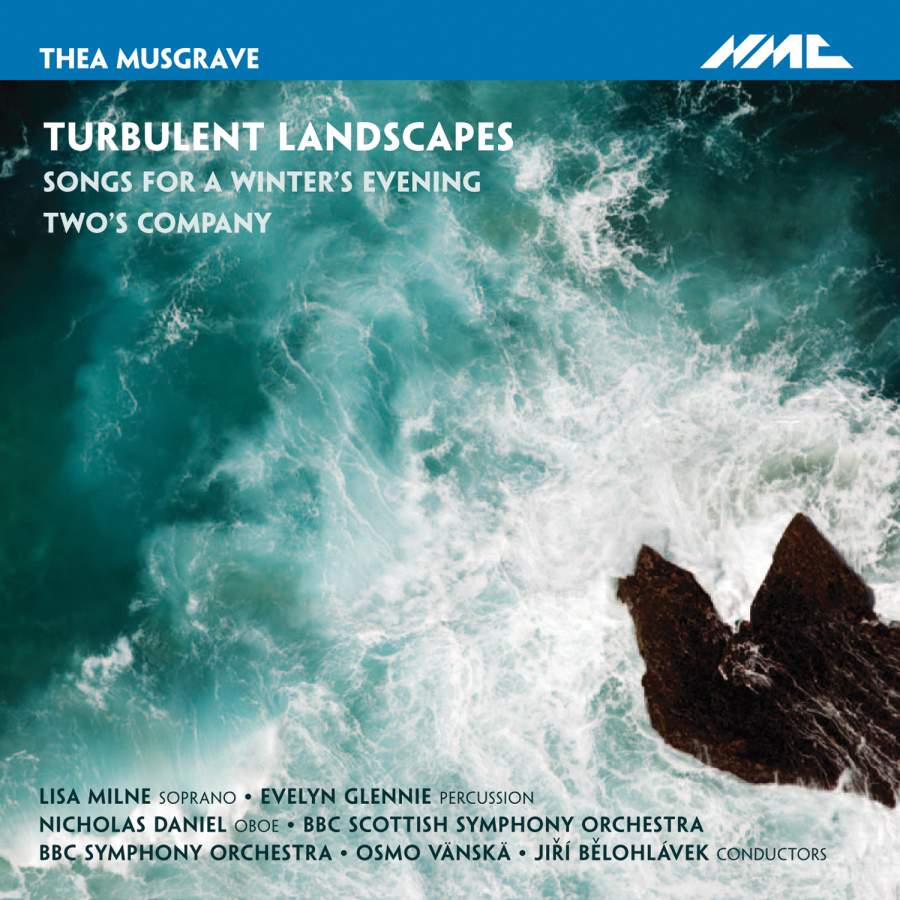 Music that captures the grand power and fluidity of Turner’s paintings, superbly played by the BBC Symphony Orchestra under Osmo Vänskä. 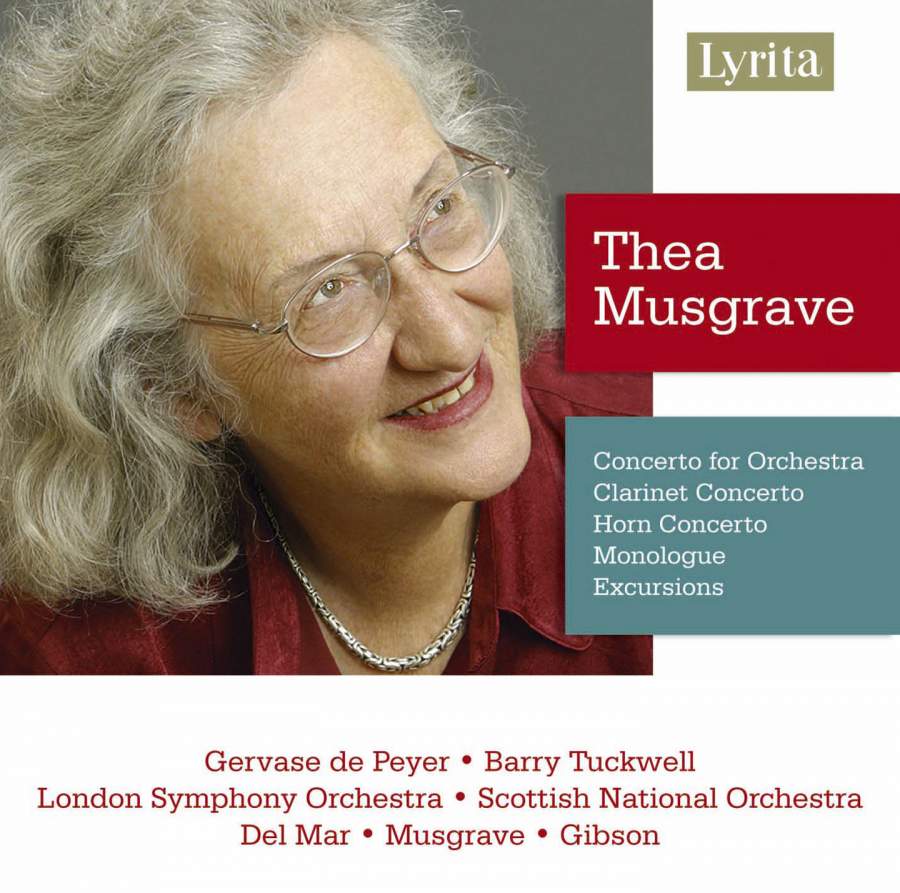 Featuring the rule-breaking concertos for clarinet (Gervase de Peyer) and horn (Barry Tuckwell), we also get to hear Musgrave herself playing the four-hand piano work Excursions. 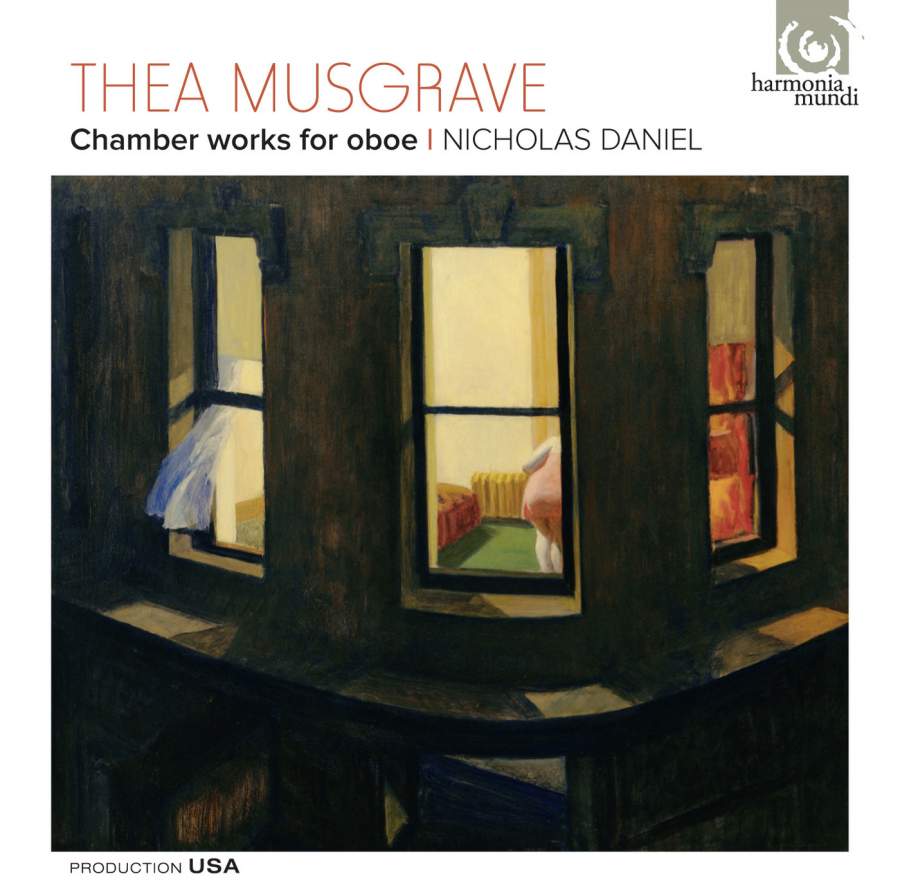 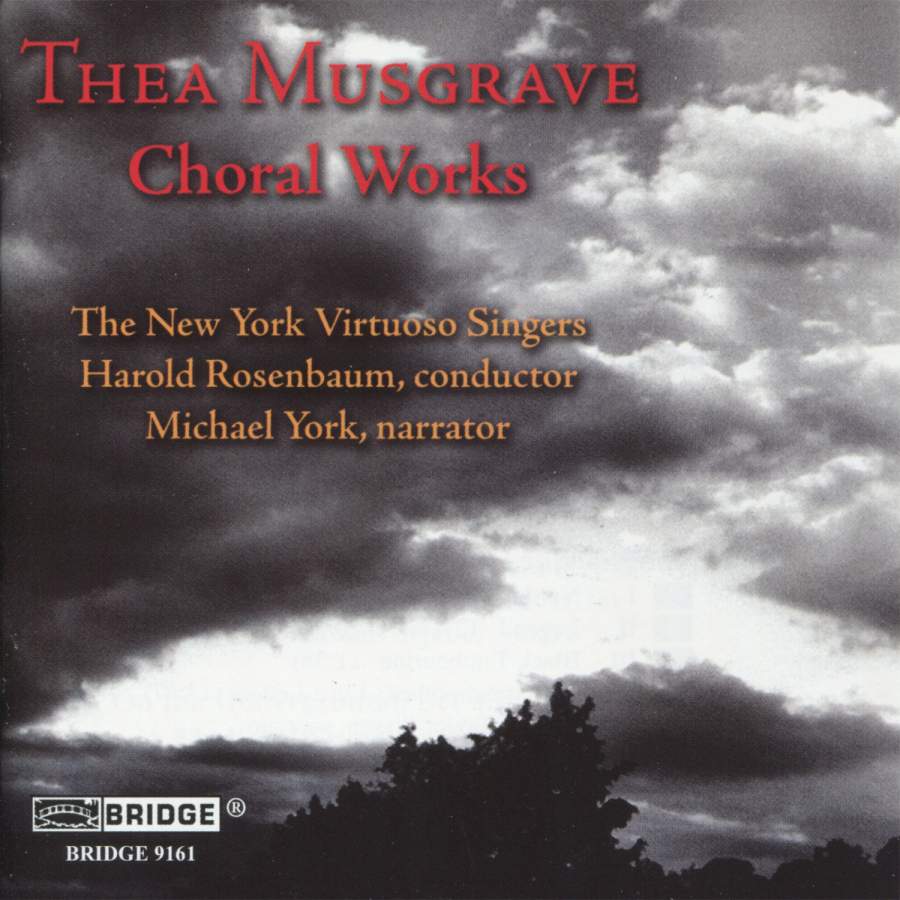 A chance to hear Musgrave’s crystalline writing for voices. Michael York is narrator with the New York Virtuoso Singers conducted by Harold Rosenbaum.