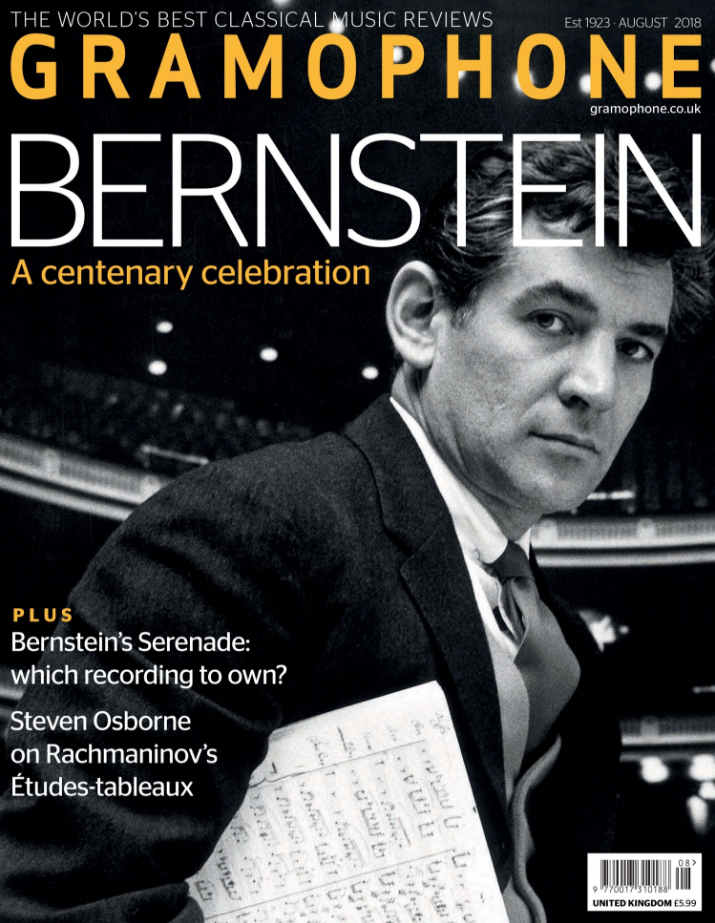 Here are just a few of the highlights from the August 2018 issue of Gramophone, a very special issue in which we celebrate the centenary of Leonard Bernstein.

★ Edward Seckerson paints a vivid picture of this genre-hopping composer who believed that music could tell any story, any which way it liked.
★ Michael McManus explores Bernstein’s bold political outlook and how this made itself known in major works such as Songfest and Mass.
★ Rob Cowan takes as his starting point two anniversary box-sets from DG and Sony to celebrate Bernstein’s massive recorded legacy.

The Musician & the Score

Jed Distler on the music of his mentor, colleague and friend, the composer-pianist Frederic Rzewski.

Playwright Barney Norris on a life full of music.

Recording of the Month

Bizet’s opera The Pearl Fishers is awarded the top recommendation, thanks to a superb cast directed by Alexandre Bloch and his Lille forces.

An anniversary round-up of books on Bernstein: an updated classic and two new titles.