In the studio or live, du Pré’s charisma shines through 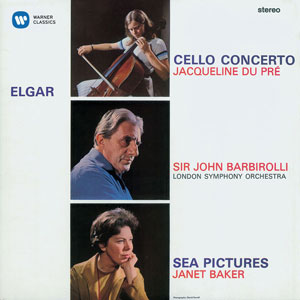 Fifty years on, the recording that sealed du Pré’s reputation as a pioneer of the Elgar Cello Concerto remains as visceral and heartfelt as ever. ‘It is a totally committed performance,’ wrote Trevor Harvey in his review. ‘And though every phrase is perfection, the interpretation is strong in its overall conception of each movement.’ 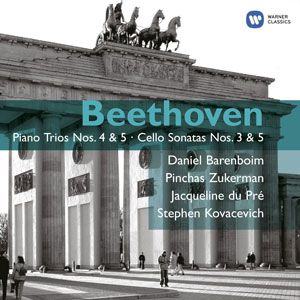 The Fifth Sonata was a highlight of du Pré and Kovacevich’s Royal Festival Hall concert a month before the recording, and represents superbly their flourishing partnership. According to critic John Borwick, ‘Their playing has a youthful zest and freshness about it’.

These Brahms sonatas exhibit playing that is, according to Joan Chissell, ‘quite extraordinarily expressive and beautiful’. Are the tempos and rhythms too self-indulgent to be authentically Brahmsian? Perhaps, but this recording is still legendary. 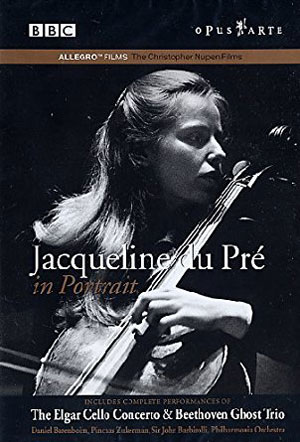 This contains two films, Jacqueline du Pré and the Elgar Cello Concerto and The Ghost (a performance of Beethoven’s Ghost Trio). The former is noteworthy for its complete filmed performance of the Elgar with Barenboim conducting. As Edward Greenfield wrote, ‘[It] has a warmth and intensity to match…du Pré’s classic EMI recording.’

Recorded live in Prague in 1967, little more than a year after her classic studio recording, du Pré clearly revels being in front of an audience. As Andrew Farach-Colton noted, ‘She digs into the opening solo with startling urgency…[and] finds a greater variety of mood in the score.’ 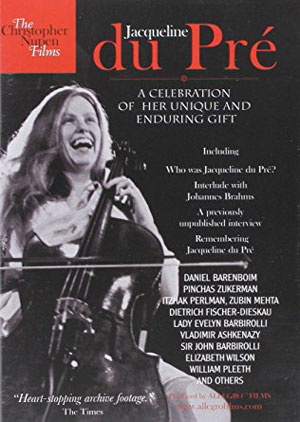 Christopher Nupen’s three-hour tribute features two films plus a montage of images of du Pré and Barenboim accompanied by a recording of them playing the first movement of the Brahms E minor Cello Sonata. To conclude is an interview with du Pré, shot in 1980, which, as Andrew Farach-Colton wrote, ‘is all the more potent for being entirely free of self-pity’.