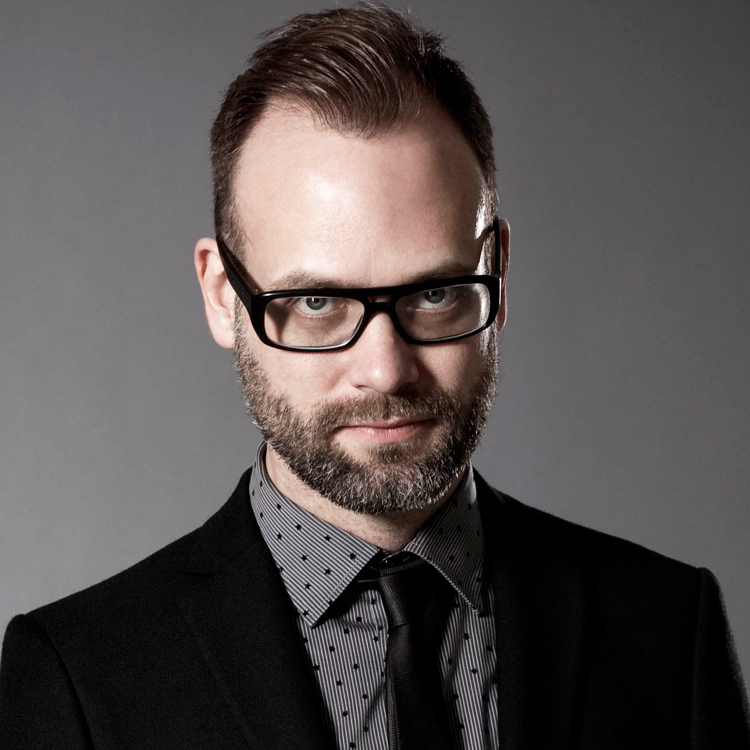 English composer Joby Talbot has come a long way from his first big break as a pianist and arranger with The Divine Comedy pop band in the '90s. Having established himself as a successful composer for TV and film, as well as of various orchestral and choral works, he is now one of the 'go to' composers in the world of dance. Since his Royal Ballet debut in 2006, creating the score for Resident Choreographer Wayne McGregor’s Chroma, he has written two full-length ballets for the company, both with Artistic Associate Christopher Wheeldon. The first, Alice in Wonderland (2011), was the company's first full-length commission in more than 20 years. The Winter's Tale, meanwhile – a co-commission between the Royal Ballet and the National Ballet of Canada – premiered late last year and enjoyed live cinema screenings as well as prime-time Christmas viewing on BBC Four. The lavish production, based on Shakespeare's dark play of jealousy, revenge, tragedy and redemption, is out this month on DVD.

Aside from Talbot's trademark sweeping orchestral melodies and driving, repetitive rhythms – an obvious inspiration for choreographers and dancers alike – what makes The Winter's Tale so unique is its use of an onstage band which forms part of the narrative, both independently of the orchestra and in combination with it. While onstage bands in opera and ballet aren't completely unusual, the set-up of this particular one, comprising instruments from all around the world, lends the score an exotic, yet totally unclichéd and underivative, sound to the score.

The fusing of world and classical music isn't a new idea of course – just look at the work of composers such as Osvaldo Golijov or of musicians like Christine Pluhar and Jordi Savall. But for the ballet scene, while the incorporation of folk music has always been par for the course, world music has taken a back seat – until now. Gramophone spoke to Joby Talbot about the challenges involved in blazing this new trail…

What does the onstage band represent, physically and musically?

The onstage band play a group of Bohemian folk musicians. We see them in Act 2 providing the musical accompaniment to a raucous and colourful village springtime festival, where the beautiful young Perdita is to be crowned Queen of the May. It’s in the first act, though, that they contribute most significantly to the drama. Here they form part of the retinue of King Polixenes of Bohemia as he visits his old friend, King Leontes of Sicilia. The atmosphere of the Sicilian court is buttoned-up and rather cold, and the presence of the Bohemian musicians provides a welcome splash of colour. However, when Polixenes asks Leontes’s wife Queen Hermione if he may dance with her, he summons his players to provide the music and the sinuous strains of the bamboo flute and incessant syncopations of the drums create a charged atmosphere of excitement quite unlike anything the Sicilian courtiers have felt before. Everyone joins in and has a great time, except for – crucially – King Leontes himself who feels marginalised and paranoid. His latent jealousy is awoken and all hell breaks loose. The onstage band, then, plays a key role in the central dramatic unfolding of the ballet.

How did you create a world fusion sound?

I wanted to use folk instruments but didn’t want to the music to sound like it was from a specific place in the real world. Shakespeare’s Bohemia is an idyllic, Arcadian paradise, not a real country, and I was keen to try to create the illusion that we are getting a tiny glimpse of the rich musical culture of this imaginary realm. This actually proved quite hard to pull off. We are so used to hearing folk instruments – particularly in film music – as signifiers of place and ethnicity that a single melismatic twiddle on the Aeolian pipes can take us straight to a barren Irish moorland with almost no further explanation needed. I picked instruments that I thought could come with less of that kind of baggage attached, then tried to write for them in as unclichéd a way as I could, whilst still ensuring that the material remained suitably idiomatic. In all this I was helped massively by the musicians themselves.

Which instruments did you use?

I chose a motley collection of instruments from around the world: an Indian bamboo flute called a bansuri, African and South American drums, hammer dulcimer and, finally, accordion. These were instruments that I hoped would be sophisticated enough to transcend their traditional backgrounds, whilst still sounding recognisably ‘folky’.

It's quite unusual for this sort of music to exist in ballet - did it feel like a bold move at the time? Do you think the landscape is changing in terms of ballet and classical music?

Yes – it seemed like a very bold move indeed, and proved every bit as tricky to manage as I’d expected! As a composer, I really can’t imagine a harder task than to use music to try to tell a complicated dramatic narrative over the course of several hours with no recourse to words whatsoever. You have to establish immediately the orchestra’s role in so doing, and it’s important to be as clear as possible in setting up the mechanics of the orchestral storytelling. To then introduce other musicians, who have a dramatic role to play onstage, who are providing diegetic music (that is, music that the characters onstage are aware of, that makes sense as part of the onstage play), whilst the orchestra in the pit continues to fulfil its non-diegetic, storytelling role, is very awkward to manage, to say the least. Then there are, of course, the issues of who you cast to play these crazy and rare instruments, how you incorporate them into the rehearsal process, how the instruments and players are going to look onstage, whether the instruments are portable enough – it was hugely ambitious to try to make this work, but I had so much support from the Royal Ballet, from the Royal Opera House orchestra and sound department, and from the players themselves, that we got there in the end.

How much input did you have from the onstage musicians? Eliza Marshall, who played the bansuri in the production, has mentioned how you would send her material to see if it worked, and that there was extensive collaboration between you and all the musicians, which everyone enjoyed.

Oh yes, there was a very large amount of input from the onstage musicians. I composed and scored out everything precisely, but then explained that I considered this initial version a starting point and fall-back position – then we were able to take things from there. They were just brilliant to work with and I can’t thank them enough.

How does the onstage band work with the pit musicians? Was it a challenge getting them to fit together?

We decided early on that we would need to amplify the onstage band if they were to project across the full-sized orchestra in the pit, and soon discovered that one of the inherent difficulties in writing for such a diverse range of instruments is that they all project in very different ways. You can hear an African drum like a djun djun or djembe from miles away, but an accordion or dulcimer is built for playing in a room. It’s strange – standing next to an accordion it can sound quite loud, but if you take 10 paces back, the sound vanishes; the instrument has no internal resonance to speak of. So there were different amplification rules for all the different onstage instruments which took a while to sort out. Then, of course, once the music was coming out of the speaker – discreetly mounted on the sides of the proscenium arch – there was a disconnection with the placing of the band at the back of the stage. It sounded like the music was coming from the wrong place. To fix this, we had to put a delay on the sound to give the impression of it coming from further away. We had to make sure that the conductor was always in the band’s vision, without it being obvious that they were watching him, plus we needed to ensure that the orchestra was very audible onstage and that the band could clearly be heard in the pit. We used radio-controlled in-ear monitors for the band and monitor wedges in the pit, and this worked really well.

Did the band sound how you envisaged it would sound?

Pretty much, though the dulcimer didn’t function quite as I’d initially thought it would; I thought it could be the centre of the sound, like a rhythm part, but soon realised it’s more suited to a filigree-like role, dancing over the top of everything. So I actually brought in the accordion as a result to help glue the sound together.

Has The Winter's Tale inspired you to step outside the box for future compositions?

I had the idea years ago of writing something for a ‘broken consort’ of diverse instruments, combining the conventional orchestra with folk, ethnic and electronic elements, and was looking for just such an opportunity. And yes, of course I would now like to write more – that's even stranger! I have a few plans in the pipeline so watch this space. 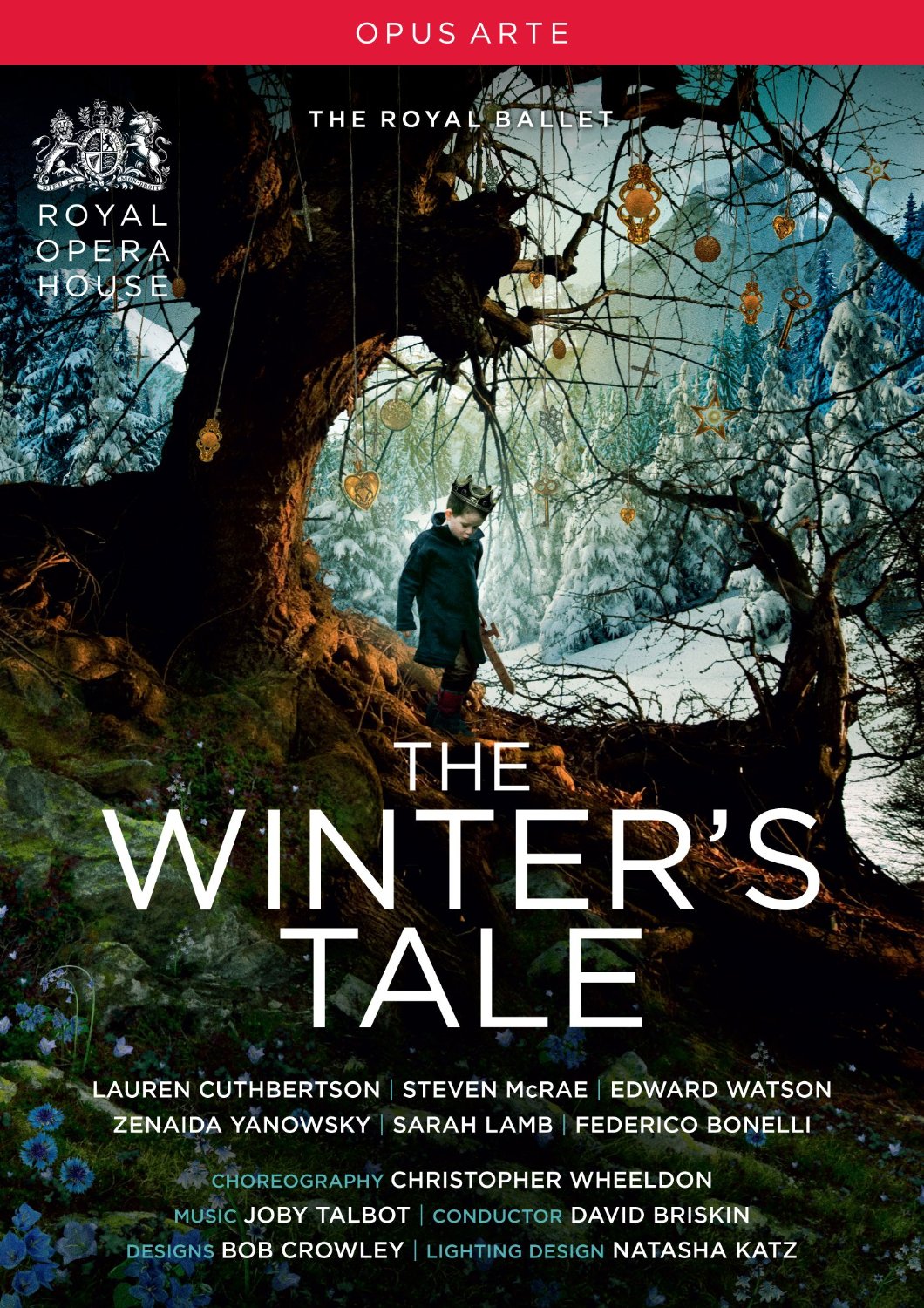 For information on cinema screenings of The Winter's Tale in the US during 2015, visit the ROH website