Sibelius's only concerto was both a passionate outburst and a farewell to romanticism. Here, Leif Segerstam and Tasmin Little take us inside the concerto. 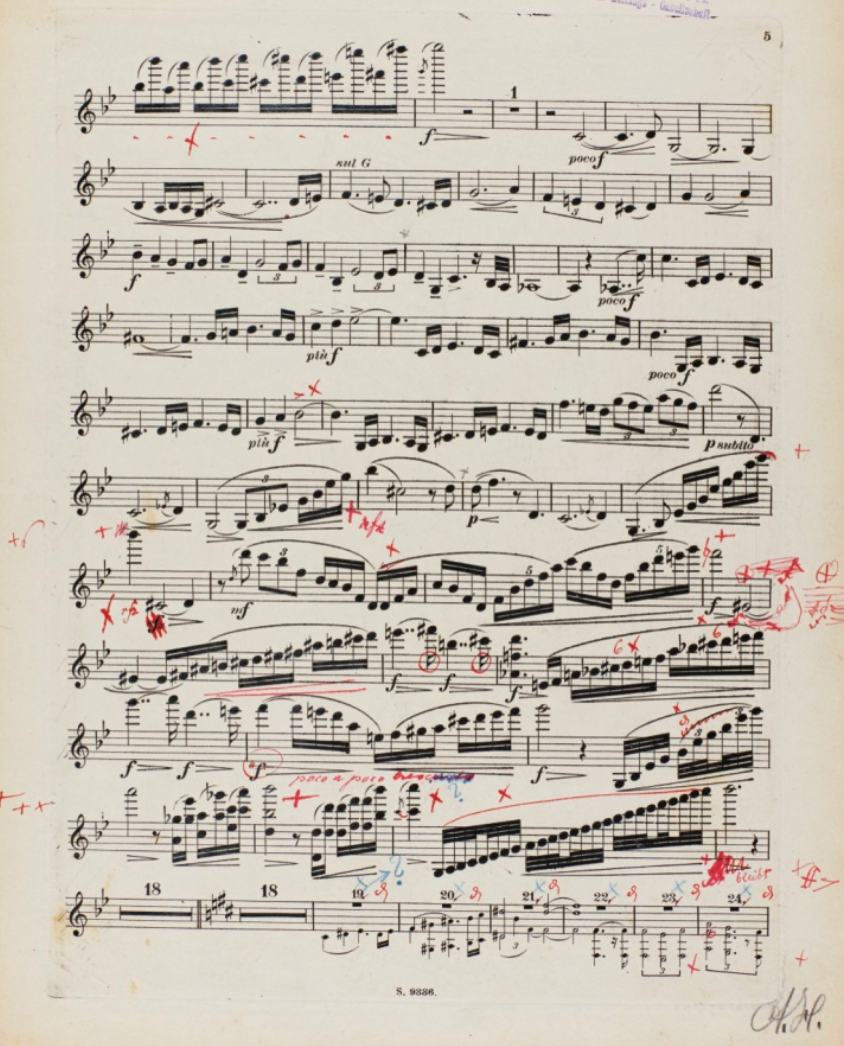 The Conductor's View, by Leif Segerstam:

Sibelius's Violin Concerto is the work that has most deeply penetrated the Finnish soul. Like everyone else in my country, I was exposed to Sibelius very early on through festivals of his music and old 78 recordings. And as a child studying the violin the concerto was very dear to me - I wanted to play the first-movement cadenza on my three-quarter-sized instrument! I was once even able to play the whole concerto as a soloist in Tampere in Finland. Somehow, when I conduct it now, it feels as if a part of me is in the soloist.

In a sense, Sibelius got from his Violin Concerto what other composers get from writing opera. Like his symphonies, it is so full of drama and human registers. You don't have to be a musician to understand its sense of mystery. Somehow the flow of its communication is slow enough to allow anybody to catch on to its meaning.

Take the opening, for example: there's time for the listener to grasp its mystery. It's so harmonically ambiguous, both major and minor. When you've established that so early on, you have the possibility of taking a huge musical and emotional journey.

Sibelius's music - born of sincere thought and feeling - lends itself to such different atmospheres and approaches. The concerto can withstand very different interpretations because, thanks to its harmonic language, its musical message, it never comes across as false - even if you think it might have been played either too fast or too slow.

I have heard so many bad accompaniments, and so many young people from other countries and with other styles misunderstand the piece, but somehow it doesn't suffer as long as the interpreter has a sparkling intensity. The concerto says many things depending on the depth of personality of the soloist. I remember having the honour of working with Oistrakh, Szeryng and Stern, who all played the piece wonderfully. People also talk about Ginette Neveu's performance but, for me, Anja Ignatius's was outstanding.

There's so much you can put into this work, and as a conductor there are obvious technical matters to deal with such as beating twos against threes, for instance. But its flow is so natural, so organic, that you never have to make a real effort to make the music speak. I tend to just surf on the atmosphere that's established so early on.

The second movement is the real heart of the piece. It is like two people staring into each other's eyes, surprising themselves at how deeply they can reach in nature's greatest act, procreation. With its great moments of swelling spurts of sounds it's like an enormous coitus. The intensity of the emotion is like a mystic penetration of the soul. When the human body trembles it has the same kind of electricity as this movement. Somehow the second movement captures a cosmic sense.

Every time I perform the Sibelius Concerto, it seems richer, but it's a very subjective thing. And while I believe that the piece can be understood by everyone, as a performer you can not truly enter this music unless you have a rich personal life. If you do not have that, the piece does not resonate. 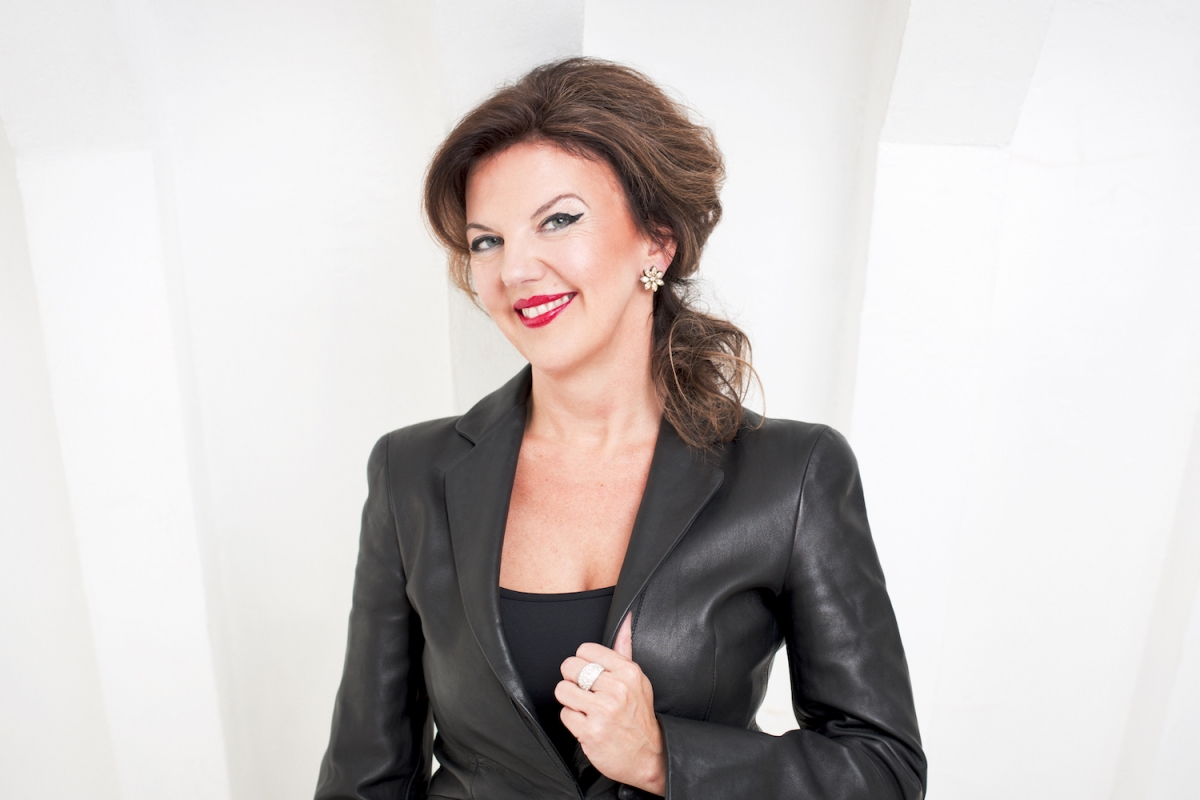 The violinist's view, by Tasmin Little:

I remember very clearly when the Sibelius first made an impact on me. I was eight years old and heard a recording of Ida Haendel playing it. Hearing her second movement somehow meant something. Although recordings of it had probably been played at home before, it was then that I became aware of how much I adored the piece. It was quite simply my favourite concerto as I was growing up.

It is such a dark and searing piece. After the mysterious opening movement, and the sensual second movement, he doesn't give away the last movement in a playful way. He sustains the momentum and the passion right the way through. Perhaps that's why it's not the first concerto people reach for when they want an emotional lift.

The first movement is the most difficult because it's written in chunks rather than in an integral way. That makes it very hard to shape. The violinist practically begins the work, then there's a massive orchestral tutti, then the second subject enters, followed by another big tutti, the cadenza and then a recapitulation. The main thing is that the soloist and the conductor have to sort out the structure of the movement. The times when I've felt the piece hasn't worked in performance is when I've not felt it has been conceived in this fashion.

The second movement is marked Adagio di molto, and I think Sibelius really means that. It has to have that slow inexorability for it to be truly powerful. Leif Segerstam is 100 per cent right when he says it is like a sexual poem and the heart of the work - it's the most intensely moving, powerful and profound music I can think of. It gives me goose-bumps. Even when I was eight years old, I could understand that this was a critical part of the concerto. I know a lot of people will hate me for saying this, but I remember hearing one of Heifetz's recordings of the work in which he doesn't sound as if he is emotionally involved. You have got to put everything into that movement.

The last movement is pounding and exciting, and there's some utterly infamous technical writing, but the fun and games don't stop there. The second subject dance rhythm is hard to get right, but that's what makes it exciting. The key is not to let it drag.

If you want to taste the depths and highs of experience, this is the concerto to listen to. There's no doubt in my mind that it ranks at the top of the violin concertos list.

Sibelius's only concerto dates from 1903, a turning point in his life. In his music he had been exploring a romantic style which his native Finns had hailed as their voice in Europe's arena of nationalism. Around Europe he was conducting his first two symphonies, Kullervo and En saga, along with the Karelia Suite, King Christian II Suite, the Legends, Finlandia and Valse triste. By contrast the Violin Concerto marked a move towards a leaner, more individual style exploring new 20th-century ideas about harmony and form.

But Sibelius himself was struggling. A heavy smoker and drinker for many years, he was also deeply troubled by his worsening hearing. Despite the state pension he received to allow him to compose more, he was severely in debt. In 1903 he bought a plot of land near Helsinki to build a secluded house which he considered 'a necessity for my art', but he was unable to move into this sanctuary for over a year.

Sibelius had promised the first performance of the Concerto to violinist Willy Burmester. However, as Sibelius was late finishing it and needed money urgently, he arranged for the less able Viktor Novacek to play instead. Sibelius himself conducted the premiere in Helsinki in February 1904. Whether because it was hurriedly completed or because the soloist was unequal to its many technical demands is uncertain, but the Concerto was badly received and Sibelius soon set about reworking it.

The revised piece appeared in October 1905, was performed by soloist Karl Halir under the baton of Richard Strauss, and met with great success. The work is stamped with Sibelius's past as a highly proficient violinist, his unhappiness at the time, and the harmonic style he would develop in the future.

The Adagio di molto opens with innocent-sounding, questing woodwind duets which swiftly set the scene for the soloist's entry. The violin begins, heart on sleeve, singing out its noble melody over a chorale-like brass accompaniment, the fullness of the G string resounding over the subdued ebbs below. Almost immediately, the melody intensifies, and through clambering ascents, expressive dynamics and operatic cantabile, draws in more and more musical forces. Pace is checked only by a moment of touching gentleness.

The soloist pauses and the orchestra launches into a vigorous reply. Recalling the uncertainty of the opening, they shift purposefully from one key to another, unable to find one on which to settle. Spurred on by the questioning, diminished chords and the horns' and doublebasses' relentless syncopations, the impassioned violins rise to the soloist and return the lead to him.

Echoing their cry with his own anguished harmonies, the soloist begins an ever stormier journey through rising and falling arpeggios of cool diminished intervals and tense appoggiaturas. Throughout, Sibelius colours both melody and harmony with pained diminished and augmented intervals which demand resolution. Some receive it; others are left. Intensity rises step by step, sweeping the soloist away on his own wave of emotion and rendering him deaf to the quiet orchestral voice beneath, where violas begin to intone the soft chorale melody. With softly oscillating octaves the soloist ascends, then retreats, this time via more tentative sevenths, and rejoins the orchestra's emotional plateau as they continue to sound the opening theme. After a few soft flourishes, the violin climbs tenderly as if sapped of energy. Tension and passion are exhausted, and only serenity remains.

'Why aren't all the virtuosi falling over themselves to be the first to pJay it?' wrote Sibelius's friend Rosa Newmarch shortly after Halir's performance. 'In 50 years' time, your concerto will be as much a classic as those of Beethoven, Brahms and Tchaikovsky. I burn with impatience to hear it again immediately.' Spot on, Mrs Newmarch.

This article originally appeared in the October 2000 issue of Gramophone. To subscribe to the world's leading classical music magazine and the UK's most popular digital music magazine across all genres, please visit: gramophone.co.uk/subscribe