Designed to sit at the heart of a multiroom streaming audio system, the new Naim ripper/store/streamer also makes perfect sense as a stand-alone source. 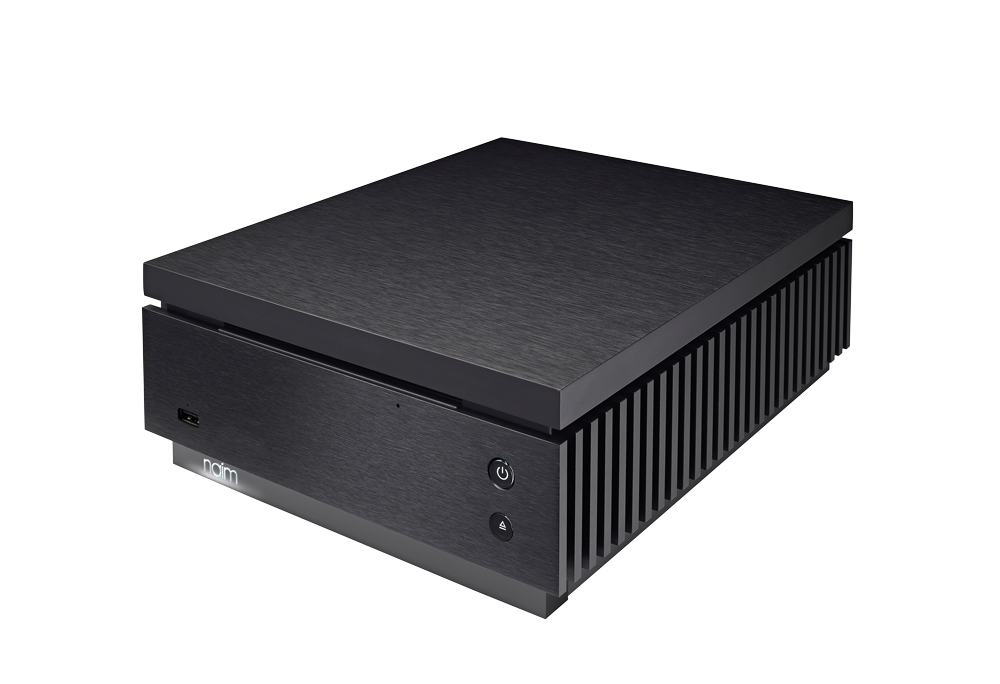 Some terms get overused when it comes to building up the excitement around a new product launch. ‘Long-awaited’ is a good one, suggesting that whatever has just hit the shops is the subject of feverish anticipation and expectation, finally answering the question ‘What did I ever do before …?’

In the case of the new Naim Uniti range, however, that term has taken on a slightly unfortunate connotation. Announced last October as the replacement for the phenomenally successful original Uniti line-up, the four new models were due to hit the shops around the turn of the year, boasting a raft of new features and a thoroughly updated look and interface. Trouble is, despite a hugely expanded development team working on the new Uniti models – the Core server we have here and the Atom, Nova and Star player systems – Naim seems to have underestimated the task of bringing this new platform to market. At the time of writing in May 2017, only one model is on sale – the £1800 Uniti Core we have here – and the other three are now slated to appear in the coming months, although exact arrival dates remain somewhat hazy.

Fortunately, the Core is rather more of a complete device than the UnitiServe it replaces, a sample of which has been running in my system almost since it was launched. Both fulfil the same basic functionality, in that they can rip music from CDs or store files copied to them from a computer, as well as aggregating content from other network sources and serving it up to network players. The UnitiCore goes further: for a start it runs on the same platform as the other ‘new Uniti’ devices, enabling it to be controlled by the same Naim smartphone/ tablet app also used to ‘drive’ existing Uniti, Mu-so and Naim network players, whereas UnitiServe required a separate n-Serve app. And, as well as storing up to 100,000 tracks and serving up to 12 streams simultaneously at up to 384kHz/24 bit to Naim or other UPnP players, the Core can also be used directly into an offboard digital-to-analogue converter, or an amplifier with a built-in DAC, to create a simple playback system.

Just about everything has been changed here, from the software used to rip CDs to the power supply design, and from the casework designed for improved thermal control to the Ethernet network implementation, designed for improved throughput and stability. Even the former model’s external power supply ‘brick’ has been lost – the power supply is now internal, with a standard IEC mains socket on the rear of the unit. Add in the Ethernet port, a USB Type A port (there’s another on the front panel) and a BNC digital output (for which a phono adaptor is supplied), and that’s the rear panel just about covered – well, apart from the two screws holding in place the hard-disk ‘caddy’, which is empty when the Uniti Core is delivered from the factory.

You see, rather than coming with a drive pre-installed, which can either be a limiting factor for some buyers or lead to a manufacturer having to offer a range of variants, the Naim is delivered without a drive, allowing the buyer to source and fit their own drive, or have the supplying retailer do so. Drives of up to 8TB can be accommodated, and the Core comes complete with screws to install either conventional hard drives or solid-state storage into the caddy, this being a very quick and simple job: with the drive bolted in place, inserting the holder back into place makes the connection to the internal circuitry.

The review sample came fitted with a conventional drive but if you really wanted you could run the Core without an internal drive. Then you’d use external USB or network storage either for content downloaded from online sources or ripped from CDs. However, given the relatively modest cost of the drive supplied with the review model – a 2TB Seagate ST2000VM003 Pipeline HD, which will set you back just over £70 – it would seem sensible to fit internal storage and at least use it for file importing and the like, even if the Naim isn’t going to be the main music store in the system.

Ripping, by the way, is a simple matter of inserting the disc into the slot-loading drive and then just waiting for the Naim to eject it when done. The app lets you follow the progress of this process, built-in metadata look-up will tag music as it’s copied to whichever storage you choose and it’s also possible to use the Naim app to go in and edit data to suit your own tastes or requirements.

With the rest of the ‘new Uniti’ range unavailable at the time of review, it was difficult to assess the full flexibility of the Uniti Core but I was able to use it both as a server to feed other UPnP devices – both Naim and other brands – and as a stand-alone transport for use with offboard DACs, both of which functions it fulfilled excellently. Set-up was simple with a few tweaks to my network configuration, principally to do with the way it ‘saw’ my usual NAS drives, but importing content from my existing UnitiServe was simple and smooth, and ripping content from CDs or transferring files using ‘drag and drop’ very easy. The control interface when the Core is used as a transport is simple and logical, making it easy to play music from its own storage or external devices. While there’s endless fun to be had experimenting with the likes of mains cables, digital connections and supports – well, it is a Naim, after all! – the Core performs well with the standard Powerline Lite mains cable supplied and connected with a decent coaxial cable to a suitable DAC.

One has to be cautious when ascribing a ‘sound’ to a digital device such as this, whether network-connected or linked directly to a DAC, but the Naim sounds consistently clean, detailed and powerful, and shows benefits over a simple ‘computer-to-DAC’ connection, as one might hope given the price.

Across a wide range of music, the Core not only shows the potential of the new Uniti platform but also delivers a very enjoyable musical performance, whether with music ripped from CD – which it handles efficiently, even finding cover artwork and booklet notes using a combination of Rovi, MusicBrainz and FreeDB lookups – or higher-definition content streamed to a suitable player. And, unlike the old UnitiServe, which had a somewhat clunky interface, the Core is simple to use as a player, making it a highly viable choice as a source for a digital music system, even if you don’t need its extended networking capabilities.

In a way, this new functionality and improved interface will have the effect of moving Naim’s little server from hidden away to a full system component – and, when its potential is realised in the rest of the new Uniti range, the results could be spectacular.

Of course, any network music system can be fed from a suitable NAS drive running UPnP software – all you have to do is plug the storage device into your home network and all manner of playback products can see it. But what devices such as the Uniti Core do is simplify the whole storage and iling process while also providing a smoother user-experience. That doesn’t stop there being all kind of other ‘audiophile’ storage devices on the market, and perhaps the best-known – at least among enthusiasts – are the Melco models.

Melco N1AH60/2
The updated range, launched a few months back, now kicks off with the £2099 N1AH60/2, which comes complete with 6TB of storage built in and now features an improved interface for use straight into a DAC, this time using a USB interface as well as the previous networking capability. There’s no built-in CD ripping but a USB drive can be added. For details, see melco-audio.com.

Bluesound Vault 2
A more affordable alternative is the Bluesound Vault 2, at around £1100, which combines CD ripping with 2TB storage and network capability. It is controlled using a dedicated app or a browser interface and offers both analogue and digital audio outputs for direct connection to an audio system. See bluesound.com for more information.

NAS QNAP HS 251+
Finally, you could still go down the NAS route if you fancy a build-your-own network storage solution for your music. Some models these days offer the option of connecting an inexpensive USB CD/DVD drive for ripping and can even connect straight to a DAC for music playback. And some are even designed with use in the listening room in mind: the QNAP HS 251+, for example, is a silent-running model with no cooling fans, with prices starting from just over £300 without hard drives. More details at qnap.com.