This compact all-in-one system has both flexibility and performance – and some light at the end of the tunnel! 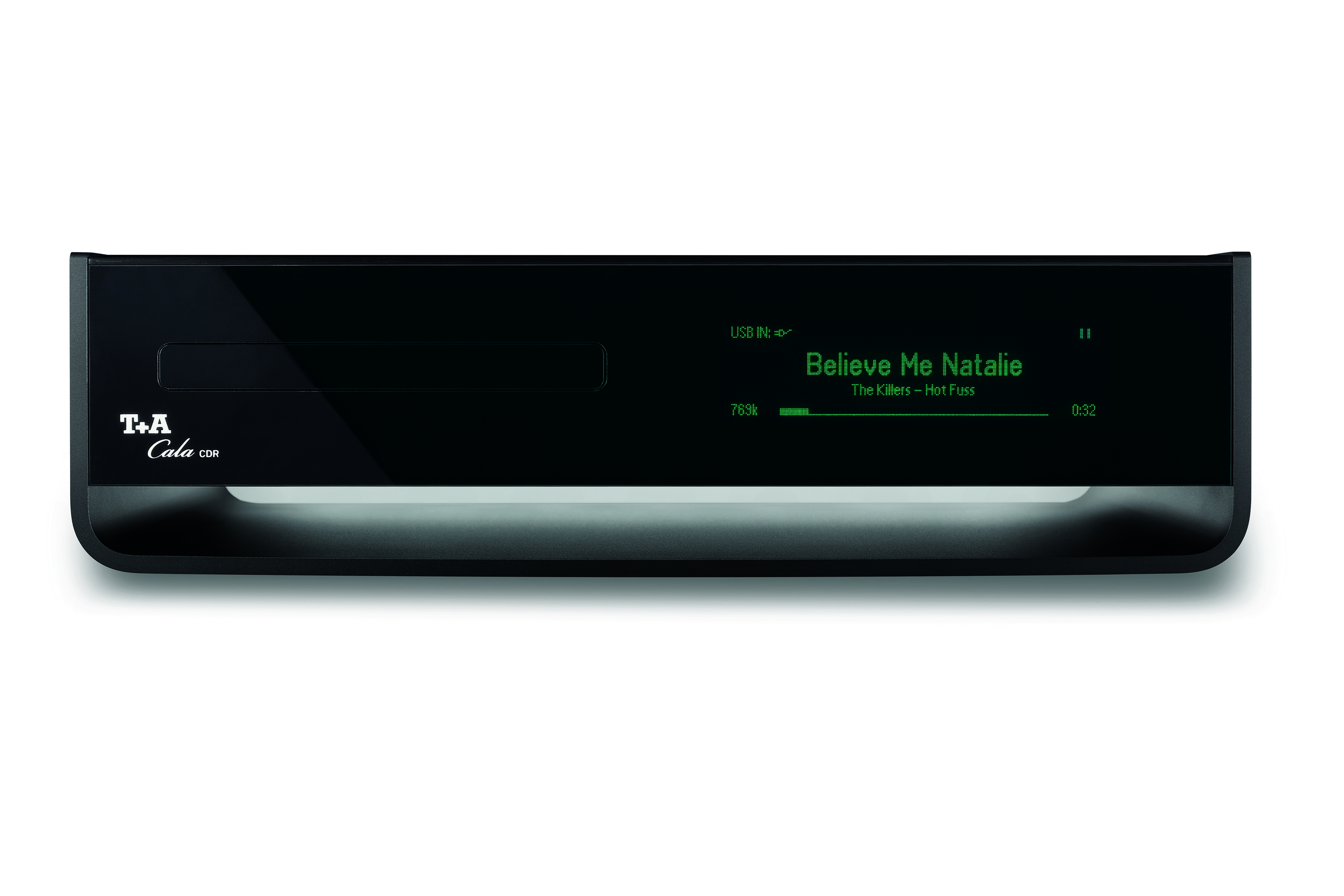 The all-in-one network audio system may be a relatively recent arrival on the audio scene but it’s a market sector that’s seen rapid growth and diversification, to the point where it’s perfectly possible to spend less than £500, or considerably more than £5000, on such a one-box ‘just add speakers’ solution. It’s not hard to see why such systems have gained rapid acceptance: not only do they answer a common criticism of hi-fi, in that high-quality systems seem to involve a stack of boxes in varying degrees of aesthetic accord, but they also solve all the ‘messy stuff’ of networked audio, by providing a set-up in which most of the hard work has already been done.

That’s how network music has changed over the past few years: it has moved from being the preserve of the enthusiast, so tricky that even some of the retailers selling some of the early systems hadn’t that much of a clue, to something that (usually) just works. After all, consumers are used to the simple streaming offered by the likes of Spotify and Tidal on their phones, and quite rightly expect their shiny new hi-fi system to be just as intuitive.

That user-appeal definitely comes as part of the deal in the latest Cala models from the German high-end company T+A. Handbuilt, like all its products, in Herford, North Rhine-Westphalia, the Cala SR and CDR are the second generation of T+A’s compact network systems: the SR is the less expensive streaming receiver, selling for £2313, while the CDR we have here includes a CD transport to bridge the demands of physical and computer-stored media, and sells for £3242.

Two things immediately catch the eye when the Cala CDR is unboxed and set up, connecting to a home network via Ethernet or Wi-Fi. The first is that the system is relatively compact, at just 37cm wide and 10.5cm tall, with part of that height taken up by the integral stand on which it sits, meaning the section housing the electronics is actually even more slimline. The second point – and one can hardly miss it when the system is switched on – is the LED lighting built into the lower section of the rear panel, which shines through the ‘tunnel’ between the electronics housing and the support. This lighting is switchable between red, white, green and blue, and can be dimmed in 10 steps, switched between on and ‘breathing’ (in which the light continuously varies in intensity), or simply turned off. It may seem churlish to suggest that the last of these options is preferable but, while the efforts of the T+A designers to do something different is to be applauded, they may have let their ideas run away with them here: the light is very bright and more than capable of illuminating the room, meaning it’s attention-grabbing on first encounter and quickly somewhat distracting. That’s the case with the black-finished version of the system; the more reflective silver finish will make the light even brighter.

On the subject of finish, the CDR is certainly well put together. Its main chassis is milled from a single piece of aluminium and has a high-quality anodised finish, while the operation of the CD loader is smooth and quiet. There’s nothing much to say about the controls, simply because there are none on the unit itself: everything is operated by the FM1000 handset provided.

Simple though that may make the T+A appear, it’s actually very flexible. As well as its onboard CD player, network streaming and DAB/FM/internet radio, it can access services including Deezer, Qobuz and Tidal (subject to the usual subscriptions), play music from USB storage and allow the connection of external sources. There’s Bluetooth for wireless streaming from portable devices and computers, two optical and two coaxial digital inputs, and a pair of analogue inputs, one of which can be switched into fixed-gain passthrough mode for use in an AV system, while the other is configurable as analogue line-in or moving magnet phono for use with a turntable. The limit on all the ‘hi-res’ digital inputs is 192kHz/32 bit but for most users that won’t be any drawback: yes, some rivals push up into higher PCM sampling frequencies or even offer DSD capability but few listeners will have much in their collections to test those limits.

As well as the speaker outputs, the CDR has both analogue outputs and a mono subwoofer out, plus a headphone socket – although the placing of this last on the rear panel is less convenient than a conventional front-panel output. And delving into the menu system reveals further levels of flexibility: as well as the usual bass and treble controls, the system also lets you adjust the mid-range, and there’s a ‘contour presence’ adjustment to improve vocal intelligibility plus a ‘contour fundamental’ setting offering varying degrees of warmth in the sound. A switchable loudness circuit works in tandem with the volume control and you have a choice of straight stereo or a rather ‘obvious’ virtual surround setting.

With a healthy 50W-per-channel output into 8 ohms – the headline 100W figure is into a 4 ohm load – the CDR is more than capable of driving the kind of speakers with which it’s likely to be used. It was tried with a range of speakers, from the usual PMC and Neat references right down to the Polk Signature S20 model also reviewed this month, and in each case the little T+A system proved more than up to the job of driving the speakers very well indeed.

However, it’s clear after some extensive listening that there is a rather pronounced smoothness and warmth to the sound here, even without recourse to the various tonal adjustments on offer; with everything ‘flat’ the balance is seemingly tailored to make music easy to enjoy at the risk of slight anonymity and even turning the ‘presence’ and treble up a bit fails to shoot the sound through with sufficient vitality and bite.

Of course, that’ll be no bad thing for many a listener, and the Cala always sounds rich and weighty, with not a hint of brashness or over-enthusiasm in the treble, even when used with the sparky little Polk speakers. Nevertheless, to these ears, a bit more airiness wouldn’t go amiss, and some instrumental timbres can sound a little over-polished. On the plus side, the tonal balance here does make this system extremely easy to match with a wide range of loudspeakers.

There’s no shortage of dynamic ability and neither does the T+A ever sound slow or rhythmically lazy, with the interplay of a focused small ensemble as striking as the scale of a full orchestra, and even solo piano both well weighted and precise. However, what’s lacking is a little sparkle and the sense of air that helps delineate the acoustic in which the recording was made, meaning that while the performance is very much centre stage, the size and shape of that stage could be clearer. Things are just a little two-dimensional.

That said, the sonic fingerprint of the Cala is a commercially astute one, in that this compact system will punch above its weight in its ability to drive speakers and always sound mature, refined and controlled. In a market not exactly short of rivals, it’s a solid, safe choice – if not quite a shining light.

The cultured, refined sound of the T+A demands fine partnering equipment, such as... 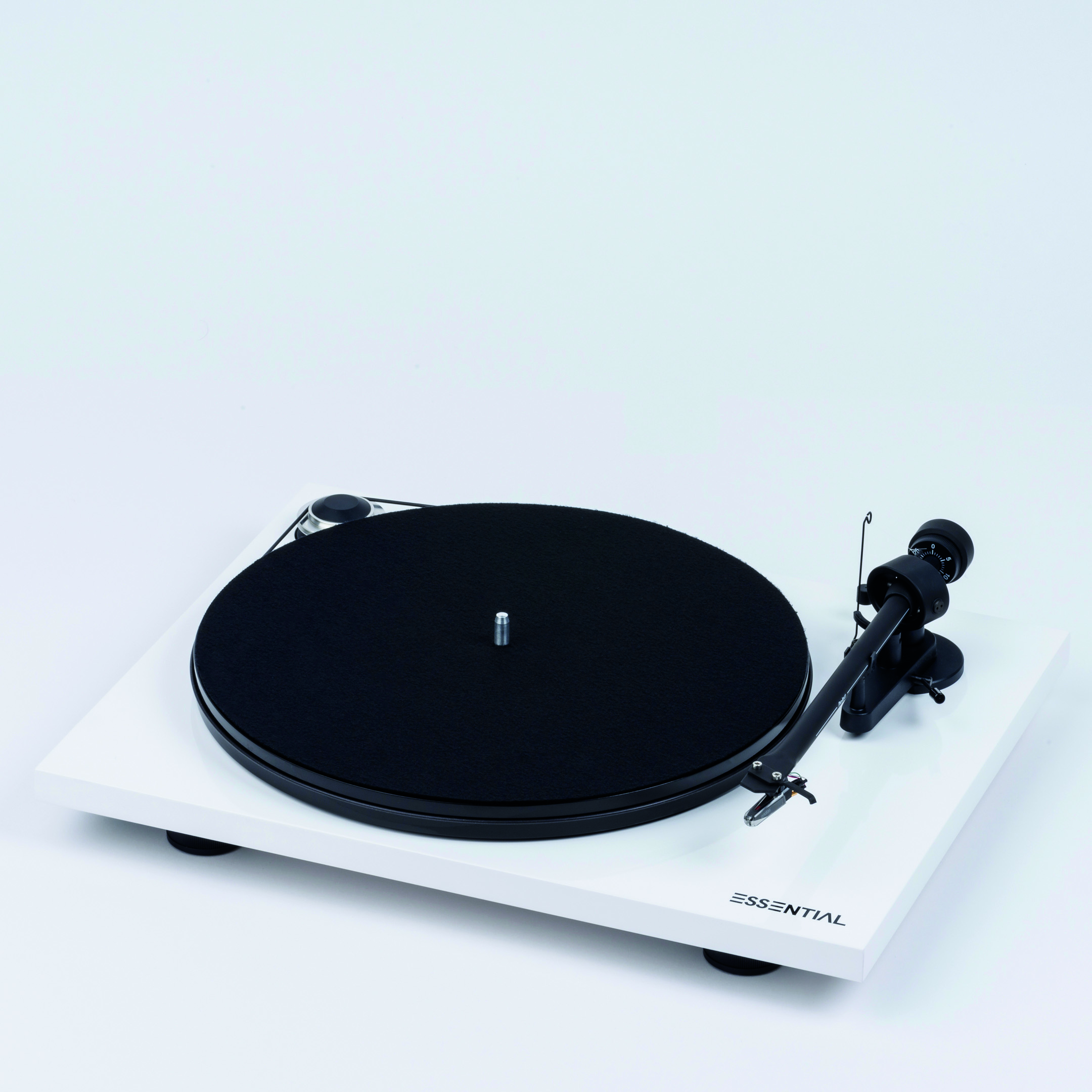 Make the most of the Cala CDR’s phono input facility with this value-for-money Pro‑Ject Essential III turntable. 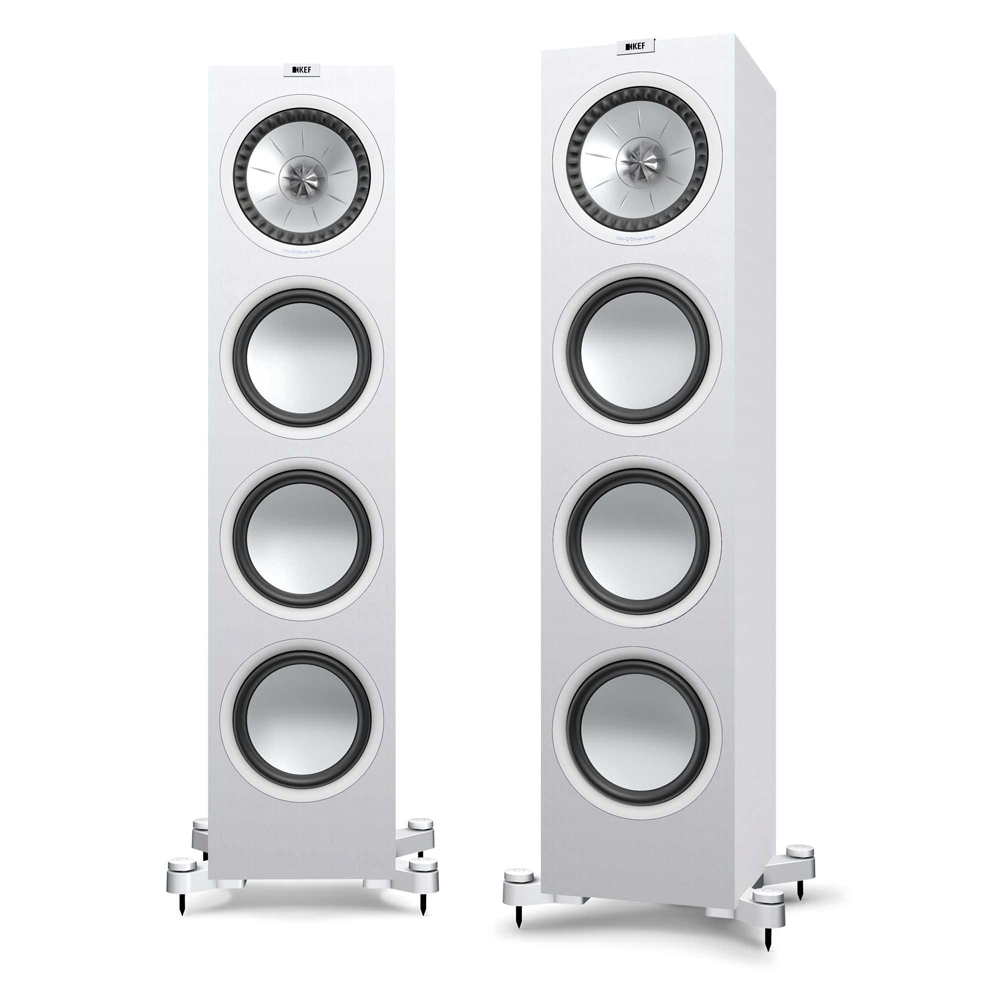 The Cala CDR may be compact but it can drive even large speakers, such as these KEF Q950s, with plenty of conviction.

As noted in recent issues, there’s plenty of competition in the all-in-one network music systems field, with many manufacturers offering their own twist on the concept.

If you want to explore what streaming can do for you, you can start as low as £400 or less with the long-running Marantz MCR-611 system, which offers CD playback, a built-in radio tuner and network music playback, all in a compact, high-gloss housing. Find out more at marantz.co.uk.

The £1200 Technics SU‑C550 offers a similar specification to the T+A but in a very different design, complete with a top-mounted CD transport. Much of the technology here is trickled down from the company’s flagship products, including the JENO Engine system to reduce digital noise and Load Adaptive Phase Calibration to optimise the amplification for the speakers with which the system is used. Find out more at technics.co.uk. 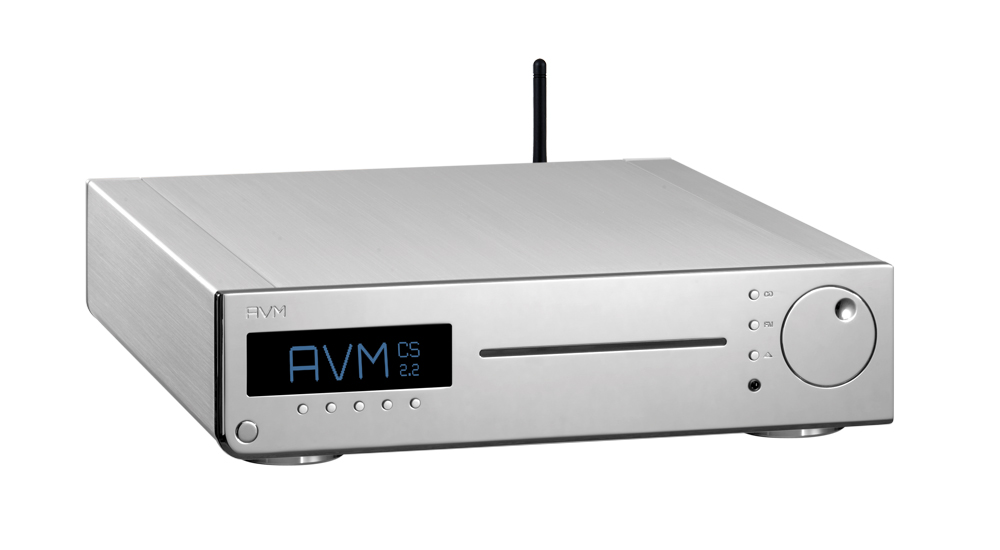 The £3995 AVM Inspiration CS2.2 is again the same kind of concept as the T+A and, like the Cala CDR, is handbuilt in Germany. But the major gain here is in power, the relatively compact casework containing amplification able to deliver a hefty 165W per channel. This may be AVM’s entry-level model but it offers very superior performance. Find out more at avm‑audio-uk.com.