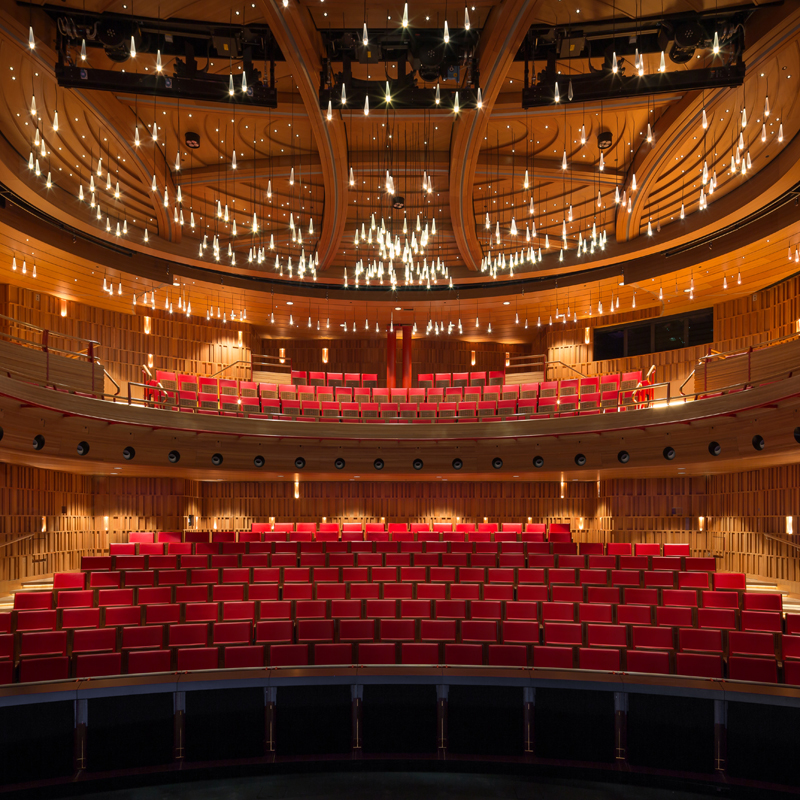 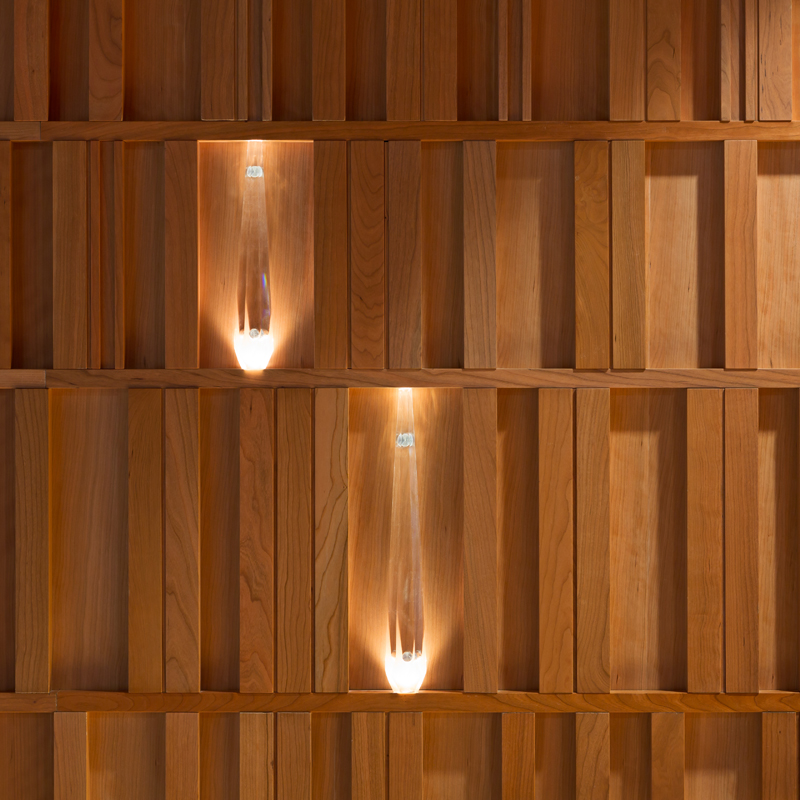 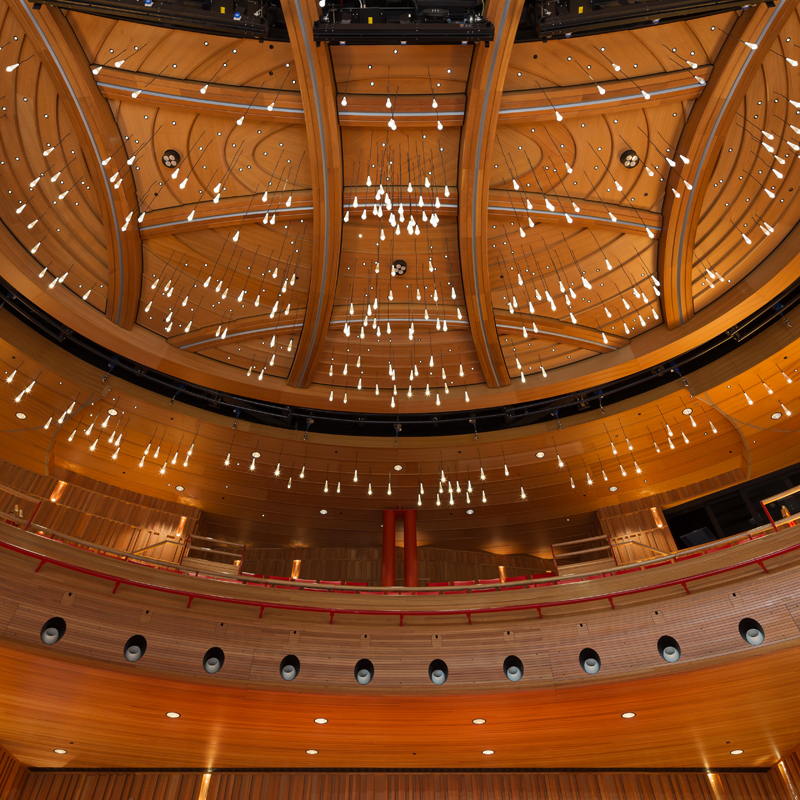 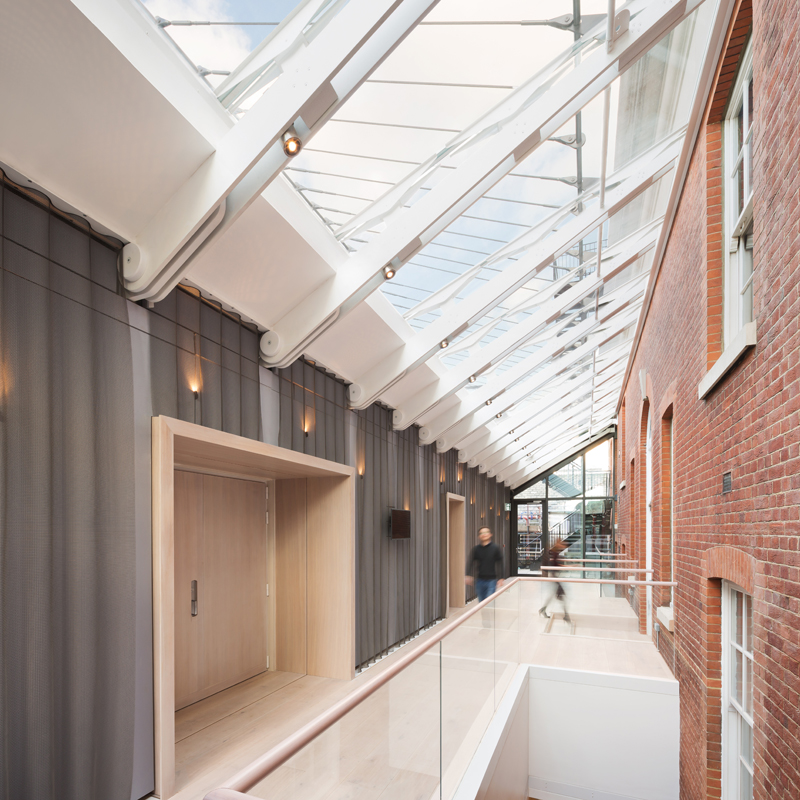 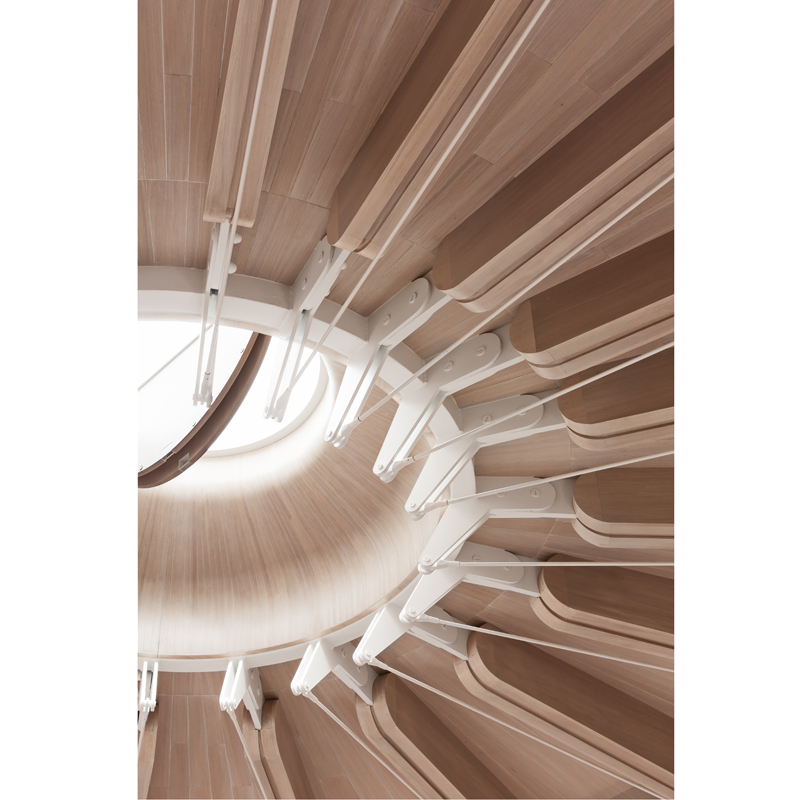 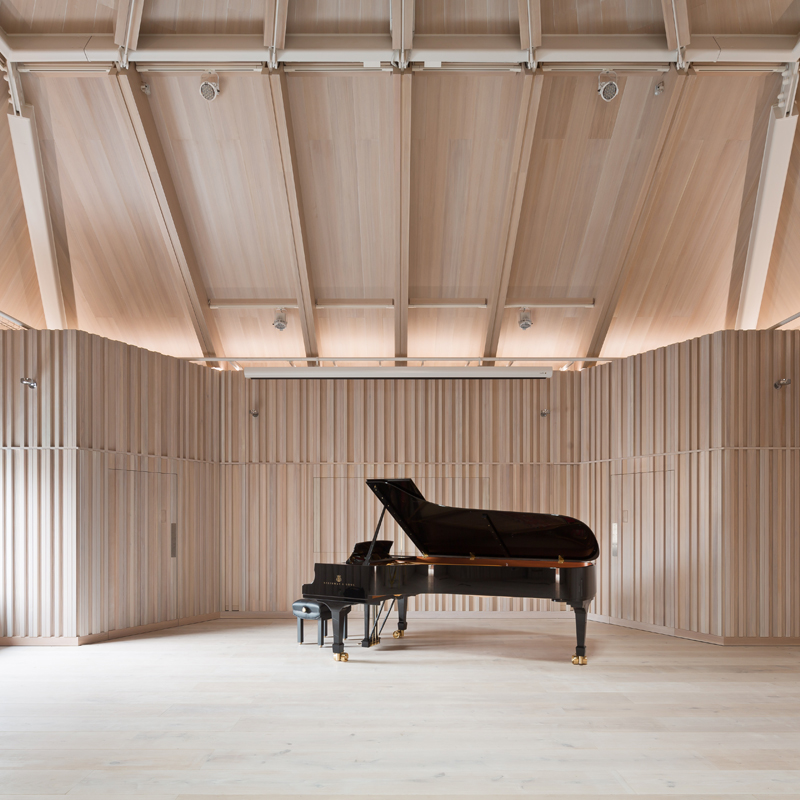 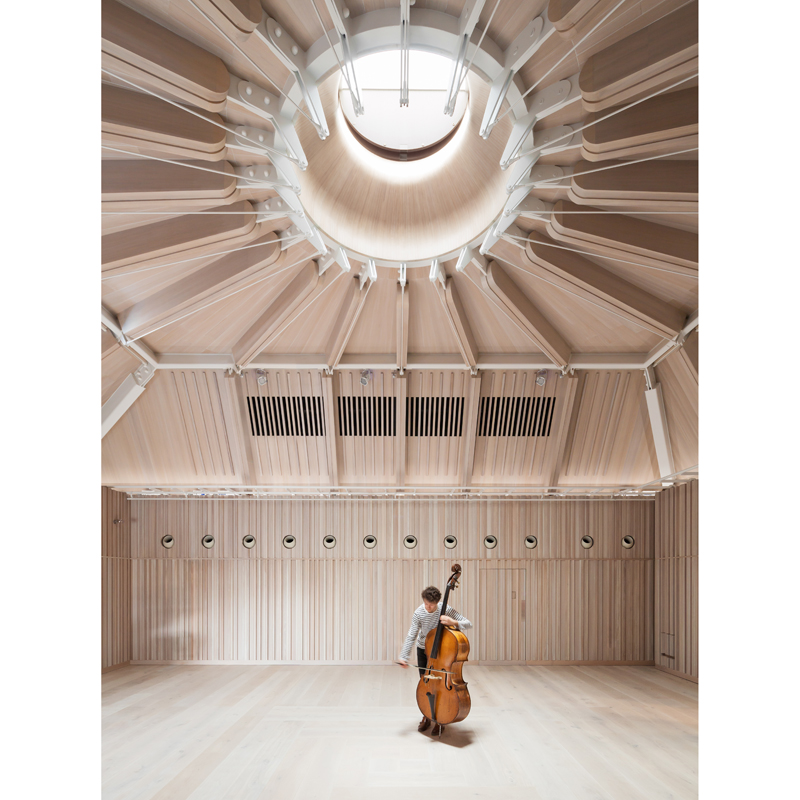 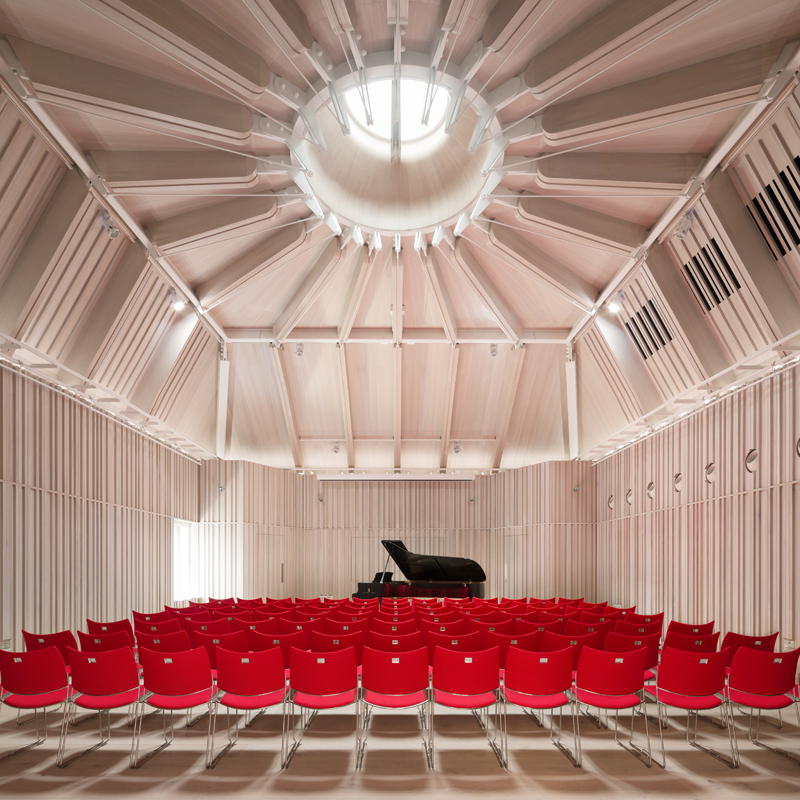 These two spaces mark one of the most significant building and renovation projects in the Academy’s near-200-year history, and were built following a £30m fundraising campaign. The beautifully finished and acoustically versatile performance spaces were designed by the RIBA Award-winning Ian Ritchie Architects.

The Susie Sainsbury Theatre, which sits at the heart of the Academy, is a spectacular transformation of the original which stood from 1976 to 2015. With exquisite wooden curves resembling string instruments incorporated into its design, it also has a reshaped auditorium and a new balcony, increasing capacity by 40 per cent, and improving sightlines dramatically. The rooftop Recital Hall lies above the theatre, and is acoustically isolated from it.

The two venues are connected by renovated public spaces including a new theatre atrium and a lobby outside the Recital Hall, featuring the Edwardian rear brick wall of the main Academy building.

Jonathan Freeman-Attwood, the Principal of the Royal Academy of Music (and a Gramophone critic), said: ‘The spaces are stunningly beautiful and inspiring. They will raise the bar and challenge the students and staff in every possible form of music to reach higher and search further.’