Far from being progressive, he reimagined musical gestures as they already existed. But, says Philip Clark, his music still sings 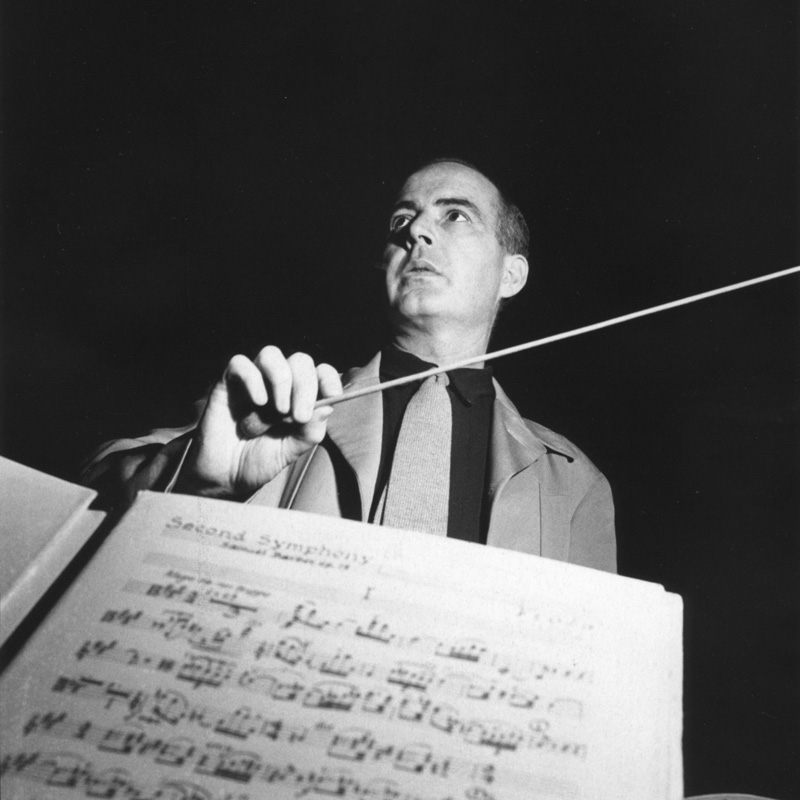 For a Luigi Nono-loving, John Cage-worshipping advocate for the hardcore avant-garde – me, in fact – Samuel Barber ought to be purgatory. Until his death in 1981, he wrote defiantly neo-Romantic music, engaging with new-fangled techniques like atonality and polytonality only occasionally.

His explorations of atonality in Medea, the ballet he wrote in 1946 for Martha Graham, don’t convince; likewise jazz in Excursions and A Hand of Bridge sounds forced and self-consciously awkward, like watching your dad trying to breakdance at your 21st. But Barber never questioned the validity of producing his nostalgic, serene, orderly music during the most turbulent decades of the 20th century. He was joint-out-of-time, happy – proud even – to be reinventing wheels that had been spinning for centuries.

So why does Barber’s music keep me coming back for more? On this side of the Atlantic (as a British writer), disentangling Barber’s output from the cult surrounding his 1936 Adagio for Strings, which eclipses everything else he wrote, is not easy. Like Copland’s Fanfare for the Common Man, Gershwin’s Rhapsody in Blue or Ives’sThe Unanswered Question, the Adagio has become a totem by which we judge American classical music in the UK. No surprise it was chosen to replace the usual pooterish diet of jolly jingoism at The Last Night of The Proms following the September 11th terrorist attacks. Its enduring emotional resonance has surely far outstripped anything Barber could have imagined, as though an unconscious, collective decision has been taken – think slow and mournful string music, think Barber.

But it’s not like Adagio for Strings is even the most affecting “slow string piece” around. Nowhere near it in fact: the structural and harmonic intensities of the Adagietto from Mahler’s Fifth, Richard Strauss’s Metamorphosen or the “Elégie” from Tchaikovsky’s Serenade for Strings all articulate an originality of voice that blows the Adagioout the water. Yet Barber’s directness of expression – that flawless arc of a single musical idea igniting, then dimming – unfailingly captures imaginations, whether or not people realise it was originally the slow movement of his String Quartet No 1, or even care about its provenance. The Adagio’s anthem-like qualities have lent themselves to being adopted by film-makers, sensitively in the case of Oliver Stone’s Platoon, less so in Michael Moore’s documentary Sicko, where Barber is used to shamelessly stoke-up sentiment; and also by the Dutch DJ Tïesto who, bizarrely, created upbeat dance music by knitting drum patterns under Barber’s elegy.

I have an idea about Barber, and it’s this. By composing the music he did, when he did, he effectively closed the door on originality. Unlike Copland, Tippett, Sibelius and Shostakovich (not to mention Stravinsky), all near-contemporaries, Barber didn’t have it within him to re-shape, or probe, for new structural sub-clauses within tonality. Barber was put on this earth to infiltrate, then re-imagine, archetypes of musical gesture as they already existed. So his Adagio might not be the “best” string piece, but it distils inside its tight eight-minute frame the heritage and expressive expectations of slow, mournful string music. It’s a masterly essay about slow string music, written as slow string music.

And “Essay” was a word Barber himself attached to his music. He wrote an Essay for Orchestra in 1937 (premiered by Toscanini in November 1938 alongside Adagio for Strings), and a “sequel”, Essay for Orchestra No 2 followed in 1942 (premiered by Bruno Walter and the New York Philharmonic); an Essay No 3 appeared in 1976. As generic descriptions for music go “Essay” is hardly very sexy, evoking, as it does, a dusty, quaint literary form at a time when the composers who really mattered were tossing ideas of form into the conceptual Magimix. But the music! True to his title, Barber’s first Essay opens with a boldly rhetorical statement in the strings: a mood of potent lamentation is established that Barber develops with an essayist’s sensibility for pursuing a single train-of-thought towards a logical conclusion. Although the second Essay explores a greater variety of rhetorical nuance and orchestral texture, Barber again filters distinct strands into a continuum of thought, resisting the dialectical play-off you might expect in a symphonic first movement. A central fugue mashes up Barber’s ideas; at the end, three principle themes are combined into a powerful summary.

There is an inevitability about Barber’s Essays: the unfolding of his melodic and harmonic material defines its own form, which, in turn, illuminates the qualities of his material. But the two symphonies he wrote during that same period are constrained, not liberated, by the formalities of symphonic structure. Barber described his Symphony No 1, written in 1936, as a “synthetic treatment of the four-movement Classical symphony”, and the essential purity of his voice is dragged down with the weight of superfluous structural clutter. His Second Symphony (1944) landed Barber with a creative crisis. It has an unexpectedly brutalist core: structures snap and fragment, and the finale asserts a vindictive vigour unique to Barber’s output. Later he dismissed his wartime symphony, written after he was conscripted into the US Air Force, as simply “not very good”, but perhaps this uncharacteristically enraged music left him feeling uncomfortably exposed. Certainly he went to implausible lengths to suppress the score.

Not satisfied with his 1947 revision, Barber eventually withdrew it in 1964, pulping his autograph score and recalling all prints of the published edition. Only after his death, when copies inevitably resurfaced, could this symphonic Frankenstein’s monster be reassessed. Why was symphonic form such a problem? Did the pressures of that historically loaded word “symphony” make Barber realise that, after all, he wasn’t immune from the zeitgeist, as Roy Harris’s Third, Bernstein’s Jeremiah and Copland’s Third defined their creative spark from re-thinking symphonic protocol?

In his large-scale Violin and Piano Concertos (1940; 1960), Barber leads a central “voice” through an orchestral landscape, and a focus familiar from the Essays re-emerges. And “voice” becomes a significant word. Like the symphonies, these concertos “borrow” archetypal forms, but his voice – Barber’s need to “sing” in his music – transcends the pedestrian constructs. His formative musical experiences came from his aunt, the contralto Louise Homer, and Barber studied singing himself: I think he never really gave up singing.

Even the intrinsic vocal properties of the Adagio for Strings became apparent when, in 1967, Barber transcribed it as an Agnus Dei for a cappella choir. Dover Beach, an early setting for baritone and string quartet of Matthew Arnold’s lyric poem, gave notice of his effortless melodic gifts, while the classic Knoxville: Summer of 1915 (1947) finds Barber at the peak of his melodic invention. Knoxville, James Agee’s memoir of his Tennessee childhood, is transformed into a free floating dream-sequence in Barber’s piece that licensed the composer to interweave sustained vocal writing through a complex sequence of scenes and episodes. The musical structure evolves from the unfolding material. Barber doesn’t put a note wrong.

Barber’s first opera, Vanessa, from 1957, naturally operates on a grander scale. His essential Romanticism is spiced up with the symbolic deployment of atonality, but the music always blossoms from the demands of the text. A second opera, Antony and Cleopatra (1966), should have been his crowning achievement. Everything boded well: film director Franco Zeffirelli, no less, culled a libretto from the Shakespeare play, and New York’s Metropolitan Opera gave Barber carte blanche to do as he liked. But the music relied on overripe, cinematic bombast and felt like a stuffy throw-back in a world where Wozzeck and Peter Grimes had shattered old certainties. Barber never recovered from this critical rout, and left the US for a whole decade to lick his wounds.

Barber considered Antony and Cleopatra his masterpiece, but he was wrong. Nearly everything else in his catalogue is better: the Piano Sonata he wrote for Vladimir Horowitz, the playful, raucous Capricorn Concerto, based around the instrumentation of Bach’s Brandenburg Concerto No 2 and, of course, the Essays and Adagio. These low-key masterpieces were crafted by a composer in love with the art of composition. Ironically for this still underrated composer, it was only when he tried too hard to create a masterpiece that he forgot to sing. 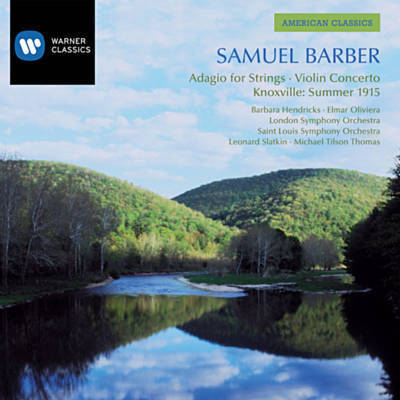 Adagio for Strings / Violin Concerto / Knoxville: Summer of 1915 / Essay for Orchestra No 1 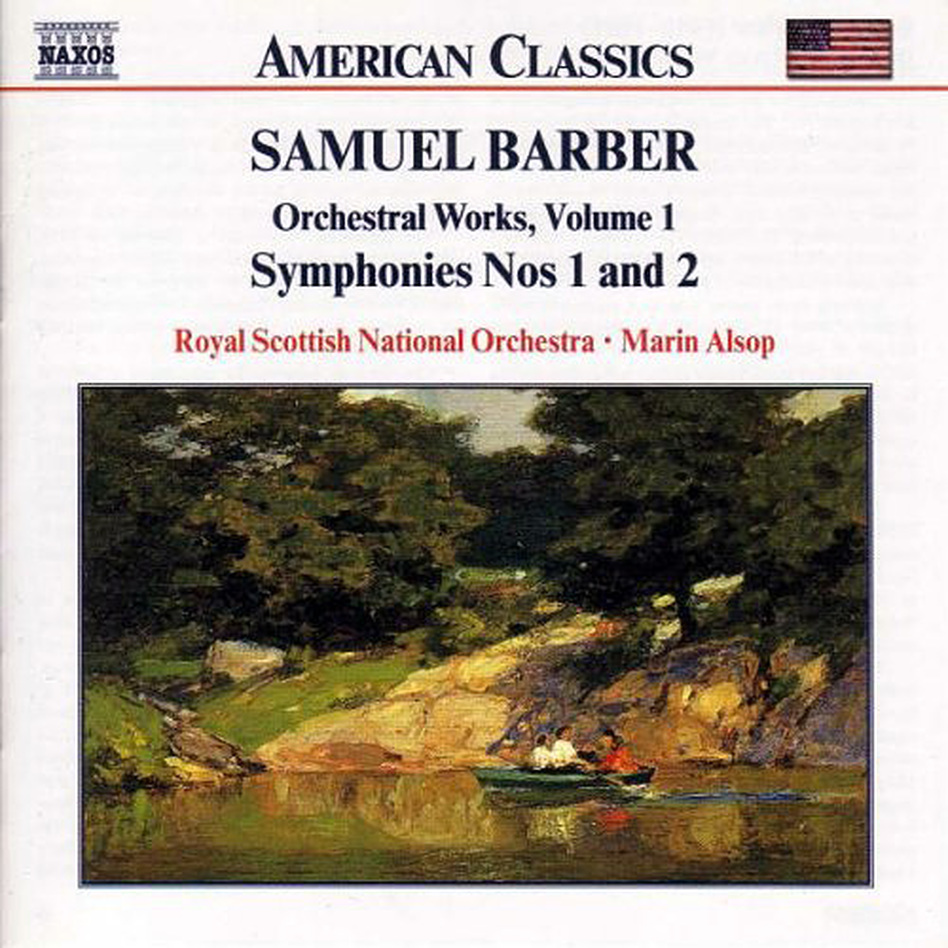 (Naxos)
The highlight, probably, of Marin Alsop and the RNSO’s Barber cycle: Alsop’s violent account of the Second Symphony doesn’t compromise Barber’s vision – as perhaps he might have wanted her to… 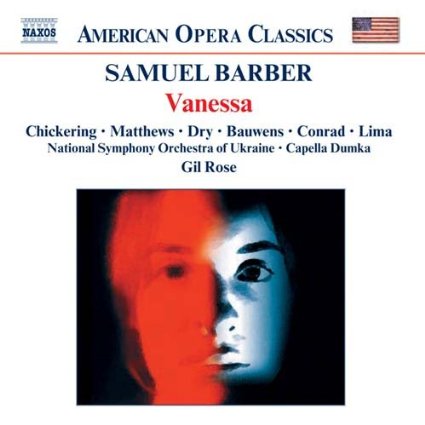 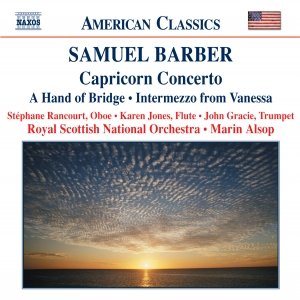 (Naxos)
The Capricorn Concerto is a curiosity as Barber revisits Stravinskian neo-classicism – a rare example of Neo-neoclassicism?

(Pearl)
Another recording of the Capricorn Concerto, but the highlight here is Barber’s own performance of Dover Beach, recorded in 1935.